Laidens' Daughter, Book One of The Clan MacDougall Series 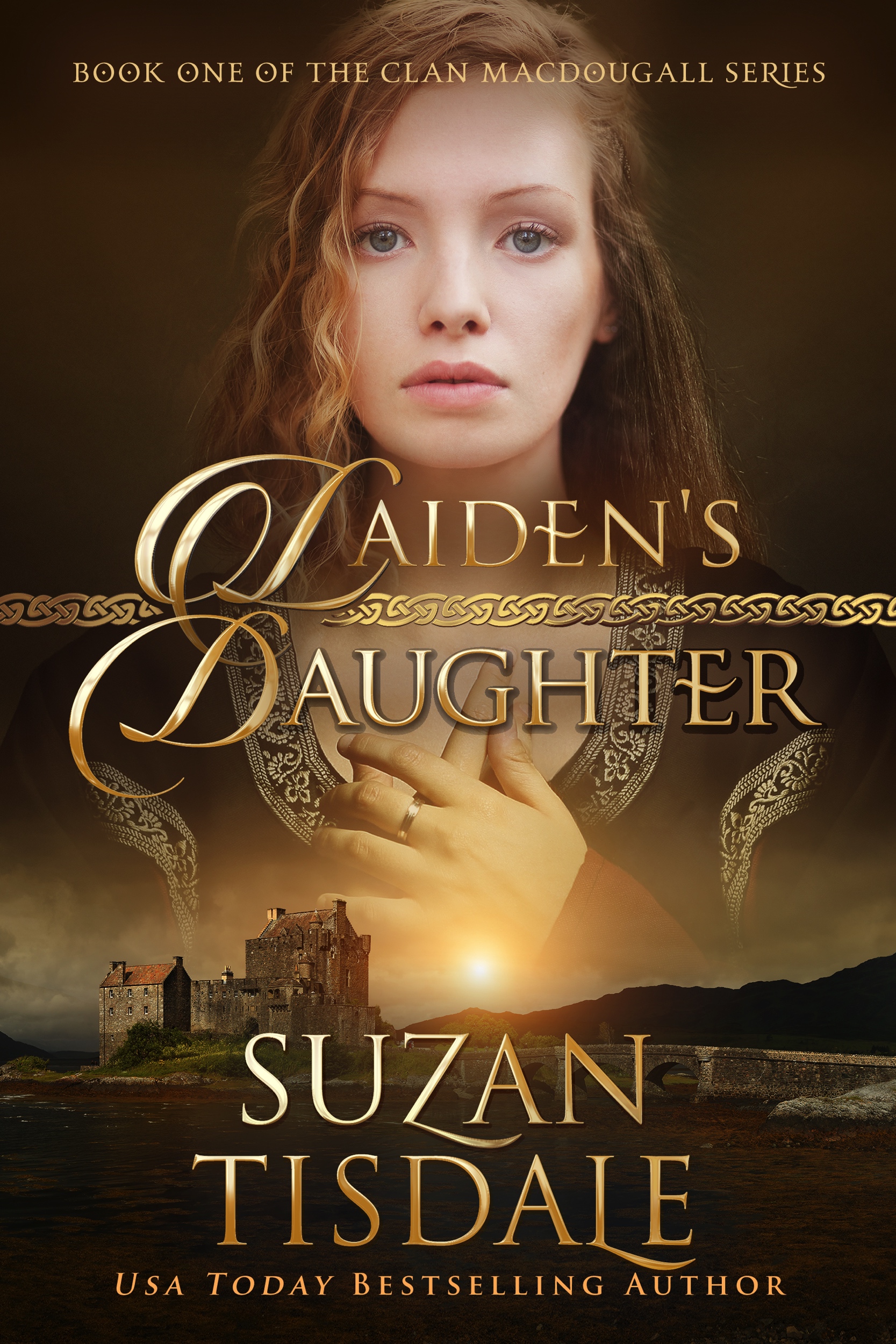 Scotland, 1344
She believes men are not honorable nor are they kind-until she meets one that changes her heart forever.
Betrayed by lies told before her birth, Aishlinn is raised by a harsh and cruel stepfather. Her life is forever changed one horrifying night when she is forced to flee England for the safety of the Scottish Highlands. Rescued by a fierce band of highland warriors, Aishlinn soon learns that honorable men do exist. She finds a strength she never knew she possessed and it will be tested to the limits when she is forced to make a heart-wrenching decision…allow the English to kill those she loves, or surrender for the crime she committed.

She is everything he never knew he wanted in a woman….

As a fierce highland warrior, Duncan McEwan has survived numerous battles, bed countless women, and survived a horrific storm at sea. He has scaled mountains and even survived hand-to-claw battle with a cat-o’mountain. But none of that could have prepared him for how his life forever changed one fateful spring day when he rescued a lass from a freezing stream. He will do anything to keep her as his own and will risk everything to keep her out of the hands of the English.


USA Today Bestselling Author, storyteller and cheeky wench, SUZAN TISDALE lives in the Midwest with her verra handsome carpenter husband. Her children have all left the nest. Her pets consist of dust bunnies and a dozen poodle-sized groundhogs – all of which run as free and unrestrained as the voices in her head.


The wee bairn wept as bitter winds whipped down from the hills thrashing whirlwinds of snow around the feet of those gathered to pay their last respects. They were there to say goodbye to Laiden, the bairn’s mum.

The little girl clung to Moirra; her tiny face buried in the auld woman’s wool skirts. Moirra had been her mother’s best friend until the day she died. Now, she was the only good thing the child had left in the world and the only person who remained who would protect her from her father.

The bairn tried to be brave, as Moirra had told her she needed to be, but it wasn’t easy for someone so young. When Laiden died, Moirra had made the sign of the cross, wiped tears from her wrinkled face, and told the bairn that her mother was in a much better place. Young though she was, the bairn wondered what better place could there be than here with her daughter?

The priest spoke in strange words the little girl did not understand. The tone of his voice and the lead colored sky matched the heaviness in her heart. He didn’t seem to be reading from the book he held in his claw-like hands; he seemed instead to have memorized the words.