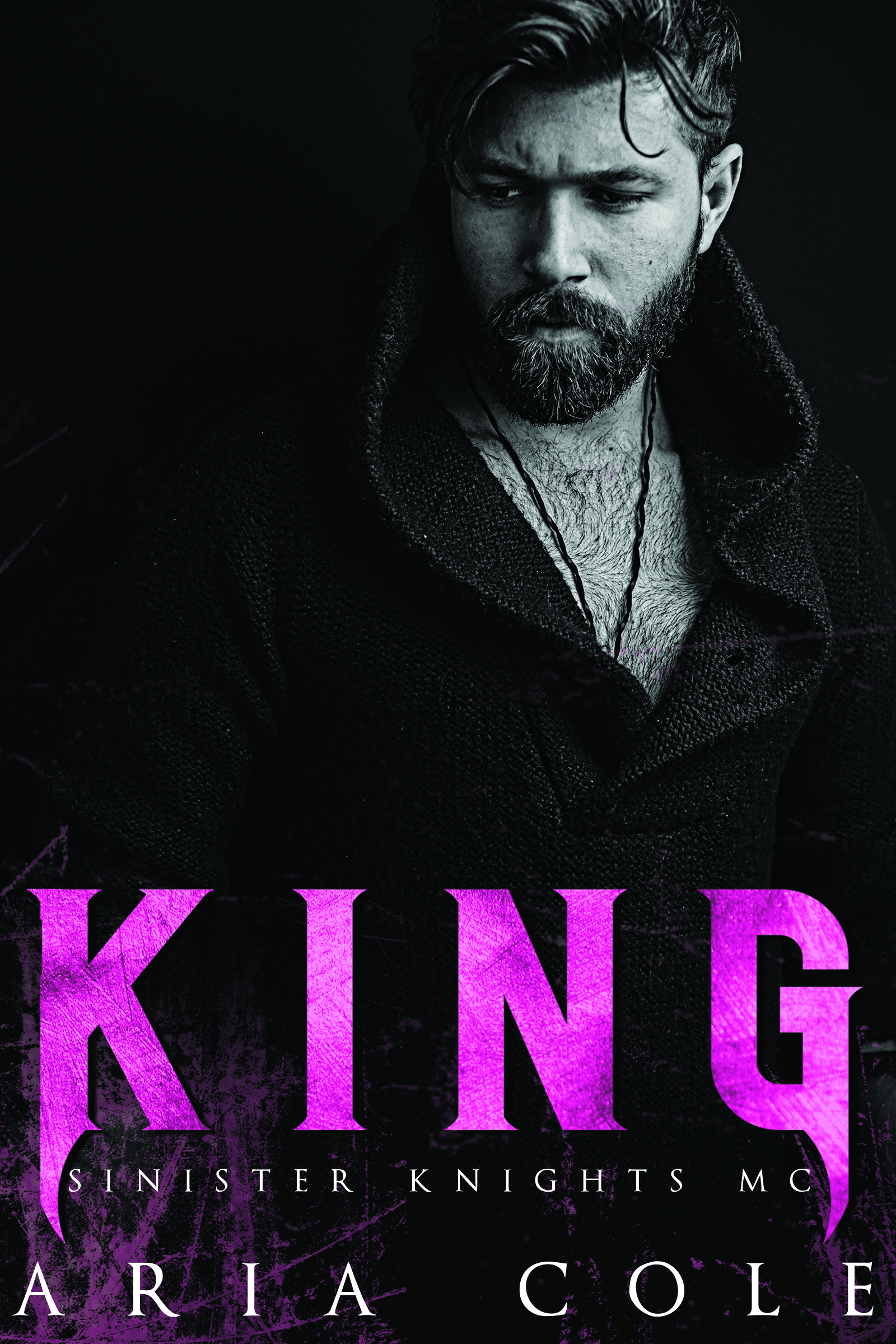 King Williams has seen the other side of hell, his tortured solitude hiding pain behind the cut of his marble jaw. Stubborn fortitude has gotten him this far, but one night with Piper at a club party is all it takes to unravel the walls he's built. Now he can't get her out of his head. His obsessive need rages before he pulls her in so deep both of their lives land on the line. The only thing that matters might be the only thing he can't protect.

When Piper Parish spots King, high-ranking member of the Sinister Knights MC alone late one night, it isn't the first time he's caught her eye. It is, however, the first time she's set eyes on the cobblestoned abs and chiseled lines etched into this bad boy's body. Like a flash of lightning in the darkness, Piper finds herself thrown into a whirlwind ride with the brooding biker...a ride he will never let her forget.

Warning: King is one broody, moody Harley ridin' bad boy. He's Piper's idea of devilishly dark, dangerous, and so off-limits. Until now. He'll stop at nothing to make her his, but is she ready to buckle in for the ride of a lifetime?


Book two in a bestselling series


“How's Anna?” King finally asked, breaking his gaze.
“Great, now that Ryker is here.”
King nodded, a sly grin cocking up one side of his mouth.
The air hung heavy between us, energy so thick and suffocating it nearly swept me under just being so close. I no longer felt like a little girl next to this man; I felt like a woman, independent and strong, worthy of his attention.
I pressed my lips together, stomach swirling to the point of dizzying irritation before the first few chords of a Tom Petty song came through the stereo.
I covered my lips, stifling a giggle as I thought of one summer night when Ryker and King had caught Anna and me out after midnight, giggling as we talked about boys we had crushes on. Even then, King had sucked me in, the dark way his energy sucked up all the air in a room. He'd been making my insides turn cartwheels since day one.
“Wanna dance?” I blurted, half regretting it.
His guarded grin turned up, eyes dancing before a palm tucked in at my waist and pulled me a few inches closer to his body.
I nearly lost my head then.
I swallowed the ball of nerves in my throat and slid my hand along the hard muscle of his bicep.
“The only person I want abusing that pretty lip is me,” King muttered, thumb catching my bottom lip and pulling it from its prison beneath my teeth.
“Oh.”
His smile deepened when he twisted our fingers together, turning me in a circle under his arm and then leaning me back into a heavy dip. The strong angle of his Roman nose trailed up the dip of my throat, lips brushing against my fiery hot skin and nearly causing me to swoon into a pool of bliss between his leather boots.
“I swear, every time I hear this song I'm with you.”