A fast-acting virus has killed a majority of the world’s female population... 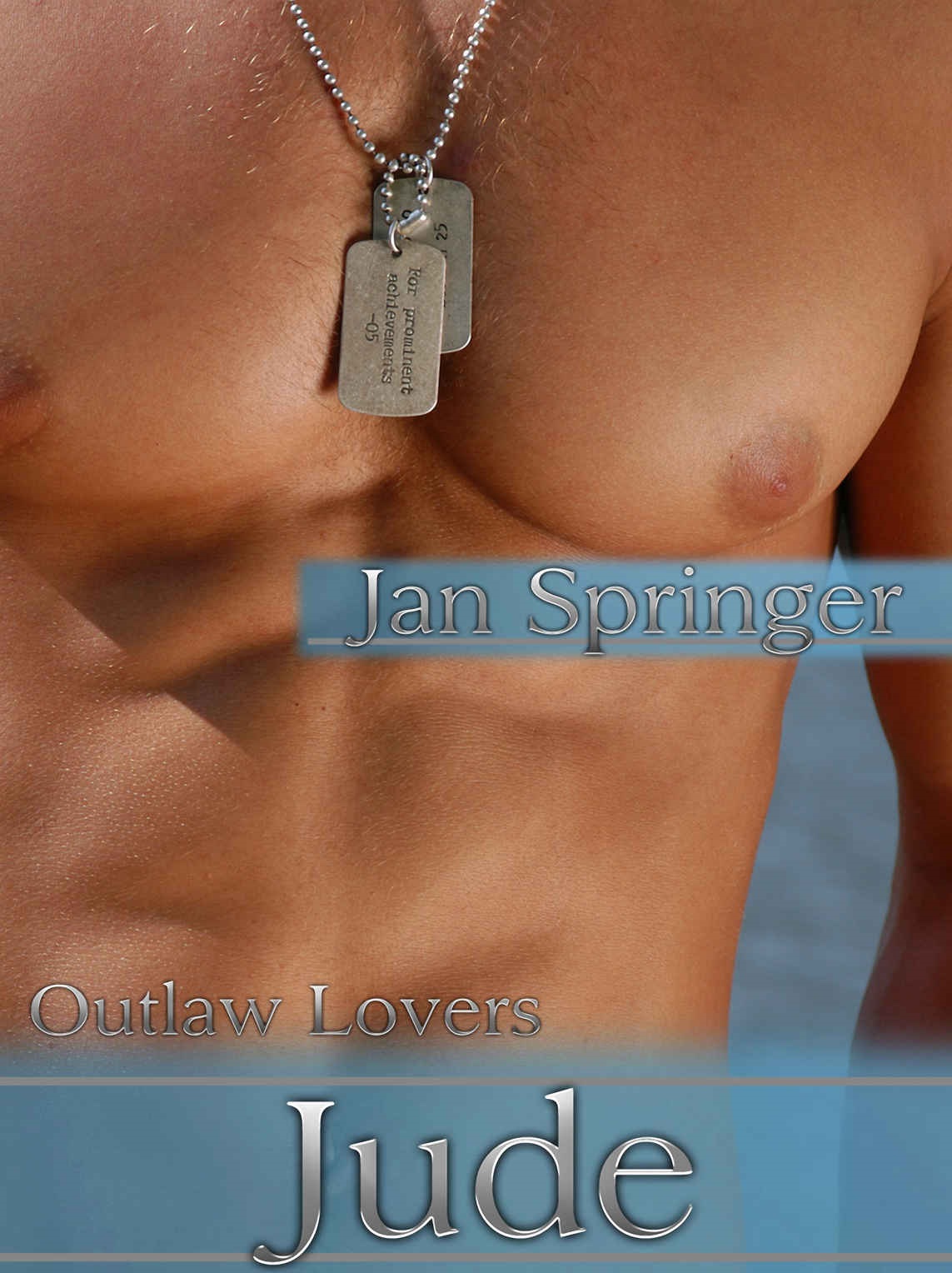 This book is no longer available for the Spanish translation as it has been combined with The Claiming under another title. My apologies.

A fast-acting virus has killed a majority of the world’s female population. With so few women on Earth, a new law is created. The Claiming Law allow groups of men to stake a claim on a female—as their sensual property and the Outlaw brothers are returning from the Terrorist Wars intent on declaring ownership of the women they love…they’ll do it any way they can.

When Cate Callahan learns Jude is coming home from the Terrorist Wars and is ready to claim her under the new law—with the help of his four brothers—she steals their boat and escapes to the high seas. Unfortunately, her runaway bid for freedom doesn’t last long.
Quickly capturing his lover, Jude rekindles the flames and seduces Cate back into his bed. But Jude holds a secret that could make him lose Cate forever…


Jude Outlaw and The Outlaw Lovers series was first published with Ellora's Cave and had robust sales. When EC closed, the series was published with Spunky Girl Publishing and combined sales from all etailers are good.


“You’re going to be sorry you cut me, Cate. Very sorry.”

Before she could protest, he cupped her chin firmly in his large hand and lowered his head.

Scorching lips came down upon hers with such fierceness it took her breath away. Her body awakened as one nerve after another short-circuited. Lusty heat uncurled and shot lightning bolts deep within her belly and she couldn’t stop herself from kissing him back.

His sensuous lips tasted of ocean salt and when she opened her mouth to him, she savored the taste of champagne on his rough tongue. Obviously, he’d been celebrating her capture before he’d boarded the boat!

A hand lifted the hem of her dress. Cool air brushed her sensitized clit. Hot fingers dipped between her legs and eagerly skimmed over the tight curls protecting her mon. When a firm, scorching finger slid against her clitoris she jolted against him as a dizzying rush of blood shot straight into her vagina.

Her legs weakened and she grabbed his shoulders as if he were her lifesaver on a sinking ship.

She whimpered beneath his lusty onslaught.

At the sound, he broke the kiss and cocked an amused eyebrow at her.

“No underwear? You must have been expecting me.”