Jodie and the library card by julie Hodgson 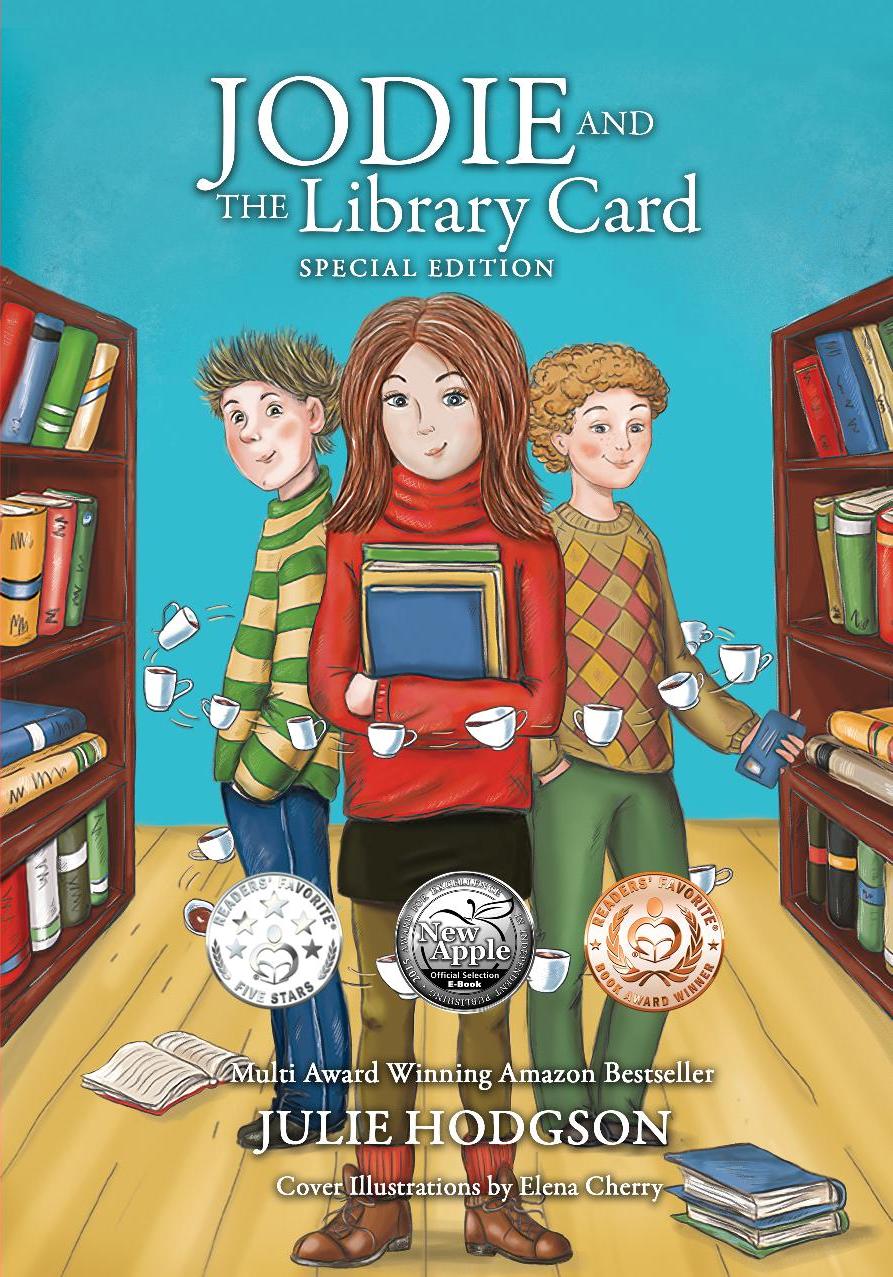 Jodie Broom, a 12-year-old girl (almost 13!), is like most girls her age. She loves her friends, music, and is always up for a good adventure. What she treasures above all else are books and she is consumed by them, reading and collecting whatever she can to satisfy her voracious appetite for stories, facts, and history. But Jodie lives in the year 2075, and more than fifty years have passed since the banning of books and paper; it's a time when no one can own a printed book, or even print photographs. In this E-world, experiences are largely simulated, from the reconstituted food to the zoo that only shows films of all the extinct species. With her student library card, which gives her the ability to time travel, Jodie discovers that she and her friends can experience historical events and meet legendary characters, and can also find and bring home her precious books to keep safe in her secret hiding place.


This has been out for a while, sales ranking have been good, as a winner of quite a few awards sales spike and has been number 1 and 7 quite a few times. (Amazon) It's also on audible and audio book.


Jodie had that fizzy, foamy feeling in her tummy as if she had swallowed a chemistry set and it was now doing its own experiments inside of her. If any other moment in her life had been as exciting as this, she couldn’t think of it. She was here! She was actually here – the 25th of November 1984! This was the coolest date in the whole of time, and she was sitting in it waiting for the musicians to arrive.

Just minutes before, she had been in stupid 2075. They don’t even make new music in 2075. The closest thing is the beat sheet: a kind of flat hat you place on your head that pulsates in an odd rhythm and touches nerves to make your body move as if you’re dancing. It’s rubbish. But she didn’t have to worry about that now. She was at the Sarm West Studio in Notting Hill in 1984 and just about every single cool band from the eighties was about to arrive. It was the day they recorded Band Aid.

She had seen the video a hundred times on her iPad 50 and knew the background. A man called Bob Geldof, who was in a band called The Boomtown Rats, wanted to change the world and end poverty in Ethiopia. He had seen films of children starving and dying of thirst and knew that there was enough money in the world to save them if he could just get people to give some of theirs. So, he decided to record the song to raise money. Of course, this kind of thing has been done hundreds of times since, but this was the first, and no one seemed to know how important it was at the time, which is why Jodie was so excited to watch it all unfold.