After a nightmare marriage and a bitter divorce, Jasmine is ready to celebrate big time. 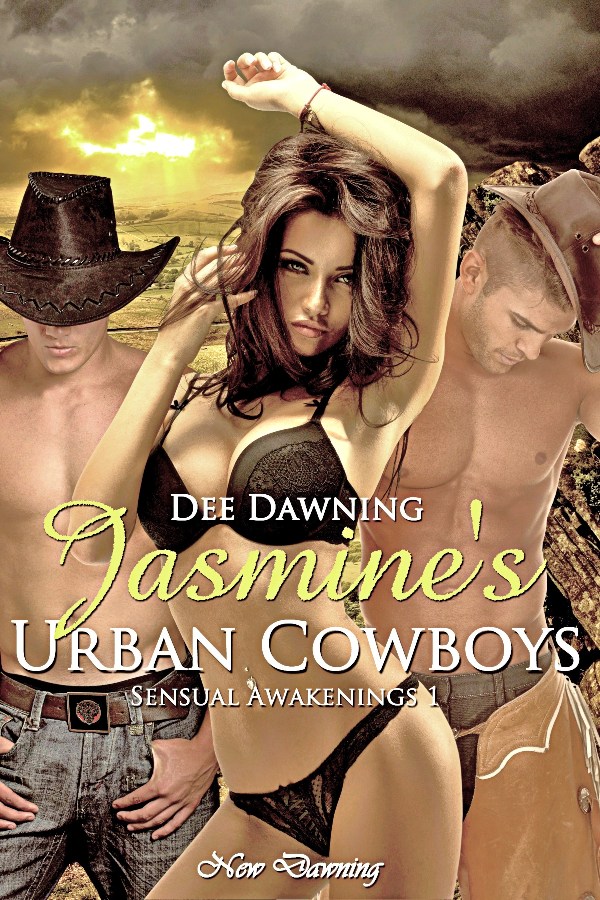 Having spent a celibate year waiting for her divorce, waking up in the arms of a gorgeous hunk after a night of hot sex was at the top of Jaz's list. Either of these dreamboats would be wonderful, but which one? When she has trouble deciding, Jaz makes the decision that if either of them would be good, then both of them would be twice as good!

With that thought burning into her psyche, Jaz returns determined to seduce not one, but both of the ready and willing studs. What follows is a sexy, sometimes humorous story where the things that happen that night entwine all their lives, changing them forever.


Very good right now, about 5 or 6 a day, but I just finished some promoting. JUC is the first book of my polyamorous (menage) series Sensual Awakenings and thus it is priced at 99 cents to draw readers.


Jaz grabbed Brenda’s hand, and dragged her into the restroom. “What are you saying? You want to leave me with these…these cowboys? I thought you were going to watch my back?”

“I am. Look, you like these guys and it’s obvious they like you. I’m not blind. I can smell the fireworks waiting to erupt. And I’d only be in the way. When I’m gone, you can pick one if you want and have a fling. I can’t think of a better way to celebrate.”

Brenda laughed at the look on her face. “You have the same look my eighth grade art teacher, Miss Roberts, had when I suggested she have an affair with Mr. Phillips, the P.E. coach.”

She laughed nervously. “You did that?”

“I think so. She got pregnant and they got married.”

She pursed her lips. “Bren, you’re something else. She should’ve made you her maid of honor.” Then she shook her head. “This is different. I’ve never seen these men before. You think I should sleep with one of them?”

“If you can’t pick, how am I supposed to decide on one?”

“Oh, no you’re not. That’s not what I meant. If you’re having trouble selecting one of them, then take both of them. Just think if one would be good, two would be twice as good. Have sex with both of them. Now that would be a celebration to dream about.” She grouped the ends of her fingers together, then kissed and flicked them open Italiano style. “A ‘Tour de Force’ of celebrations!”