Book 2 This bad-tempered Marine is the last man she needs, but he's the one that she wants—and the one who'll do anything to keep her safe. 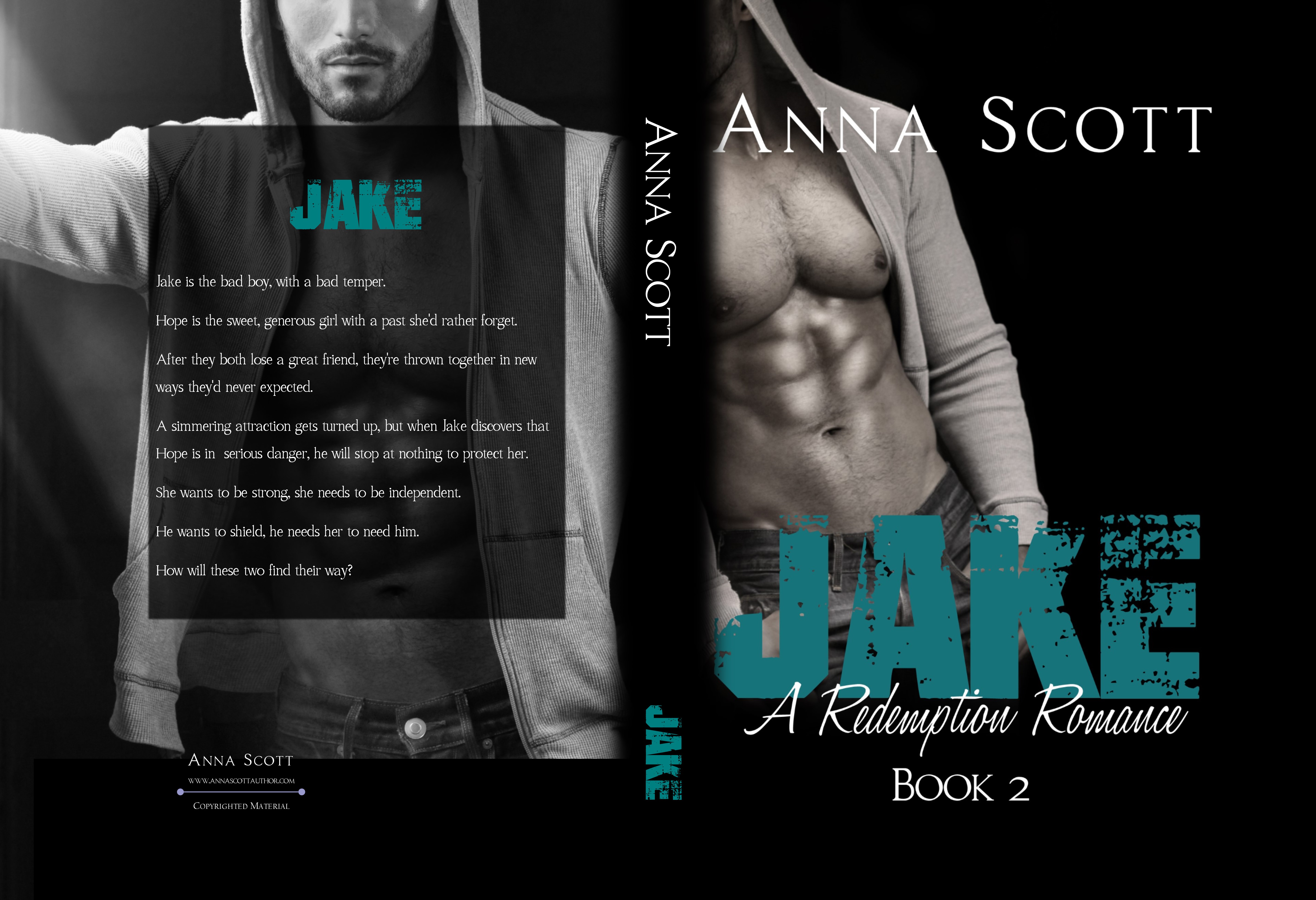 This bad-tempered Marine is the last man she needs, but he's the one that she wants—and the one who'll do anything to keep her safe.
A Texas DEA agent and veteran tries to drown his grief and anger in alcohol, leaving his group of friends at their wits end. But when a sweet and lovely abuse survivor needs his protection, he steps up to keep her safe from a vengeful ex. Can he protect her from his own dark side?

DEA agent Jake Thompson has done his best to drink away his anguish at losing two of his best friends and fellow Marines. But there's not enough alcohol in Texas, and if he goes on boozing and brawling, he'll lose all his remaining friends, and the one woman he wants. Hope has brought joy and sweetness into his life, as well as the hottest night he ever had. He can get himself back on track for her … can't he?

Hope Lewis is everyone's friend, and a counselor at Freedom House, a shelter for abused women and teen girls. She has one weakness—her longing for handsome, sexy Jake. But after witnessing his battle with the bottle, and his mega-blowup at mutual friends, she knows he's not the man for her. With her past, she needs a quiet, even-tempered guy with a nine-to-five, not a moody, broody agent who disappears into the dangerous underbelly of Texas for weeks at a time. She can resist Jake … right?

When a deadly stalker emerges from Hope's past, Jake is afraid for her, and furious when she doesn't turn to him for help. But shouting at her does the one thing he can't bear … drives her away. When Hope's cunning stalker chooses this moment to strike, Jake must grasp every bit of his control to stay cool. Can he save the woman he loves and convince her to give him one more chance?


This is the second book in a five book series.

This book has sold several thousand copies and has enjoyed several weeks on the iBooks bestseller's list.


“Where the fuck are you?” I yelled through the obviously empty house.

I’d just rolled over, stretched my hand out, and searched. The other side of the bed was cold. I looked around the room, nothing. Rose from the bed, checked the bathroom, the kitchen, every room in my house, she was nowhere.

I felt like shit this morning, I wasn’t hungover, hadn’t been since the morning Reed came with the suicide note from Nolan. Guilt ate at me though. I’d been a total dick to Aurora last night, hurting her beyond what even I could understand at the time.

I’d been so pissed, so upset at the seemingly normal behavior of everyone. A fucking bar-b-que, she and Luke were acting like everything was normal and I couldn’t take it. I was out of line and I knew it.

Now, in the light of day, I saw just how selfish I’d been. I knew that everyone deals with their grief and pain in different ways. I knew that I wasn’t dealing with it well at all.

After Dylan died, I had finally come home and immersed myself in work. Getting my job with the DEA and winning my first deep cover assignment had been huge for me. I was proud of the work I did, but if I were honest with myself, the many undercover assignments I’d taken since coming home from the Marine Corps had been my way to hide.

Knowing in my head that I couldn’t have done anything differently, but feeling in my heart that had I been just a little faster, gotten to Nolan first - something, maybe we could have all made it