Jack Who? by Lisa Gillis

Sexy, inked-up, metal-musician Jack (what was his name again?) is not the average girl’s revenge fling 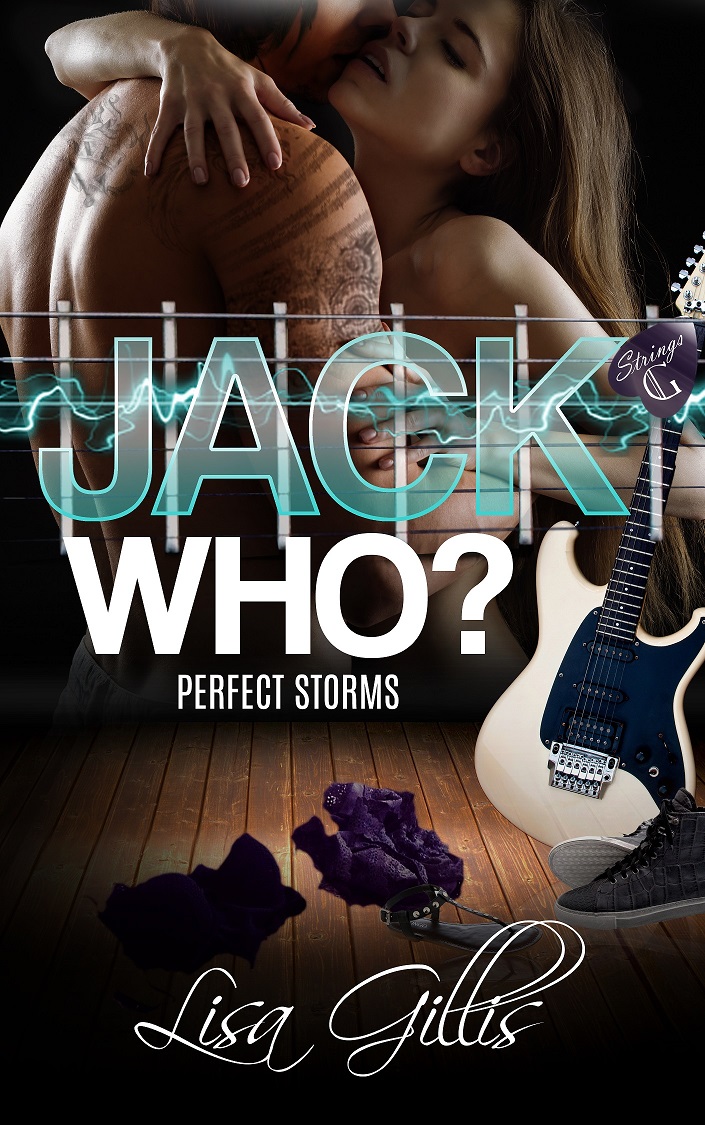 Is the cure for a breakup a hookup?

Marissa Duplei has one mission. Pick herself up, dust the ex off, and get dirty with someone else. However, sexy, inked-up, metal-musician Jack (what was his name again?) is not the average girl’s revenge fling.

A one night stand gone awry.
A secret to keep at all cost.
A couple from two very different worlds.
A second chance.

Will it all lead to love?

Prefer 1st POV? Eye of the Storms: The Rock Star's Gulf Coast Girl is the "I" version of this novel served up extra steamy.


Jack Who? began on wattpad where it received over 1 million reads within a 1 month period and then the reads continued to climb. Later, it was a finalist in the ABNA. It placed in a contest on wattpad held by a NYT and USA Today bestselling author.

When published on Kindle at $2.99 USD, the ebook was selling between 100-200 copies a day by the second week. Sales remained steady at this rate for three months (during this time Kindle rankings were 1k-10k before they began dropping off. It is now published on all major ebook platforms and brings in monthly royalties on each, and available in paperback. Although sales have dwindled, in three years there has only been two days without a sale. It's only been on sale at a 0.99 price five times and in three of these periods reached bestselling in it's genre. The series has a loyal fanbase who email, tweet, or message on facebook with inquiries about upcoming books.


“Did you have a good time?” His words were soft and curious.
“Yeah. It was good to get out, thanks.” Liar. She had really wanted to stay in. With him.
He asked who she had been with, and she answered honestly. He then asked if she was seeing Joel. Each question seemed brotherly, and swallowing her disappointment, she replied, “No. Not yet anyway. This was my first time to meet him.”
“And?”
“And what?”
“What did you think?”
“About Joel?”
When his eyebrows lifted in that same mocking way Tristan’s did when having to explain himself, she almost threw herself on him. Her words came out almost a whisper, “I don’t know yet.”
“Did he kiss you goodnight?”
“Why?” Now, she was incapable of anything above a whisper.
His hot brown gaze held hers helpless, and with his next words, she lost whatever phase or battle this was.
“Because. You should be.”
“Should be kissed?” she stalled. Gone was any desire to make him jealous.
“So he did,” he mused, reading her well. Even though it felt like he was looking beyond her eyes, she could not shield her soul by dropping her gaze. “Must not have been that good.”
It wasn’t.
Somehow, she retorted, “What makes you think that?”
“Because you wouldn’t be back here, wanting to kiss me.”
As his head tilted to hers, her heart began to thump harder than any drumbeat in any of his songs.