It Must be Magic by Sandra Sookoo

The most powerful form of magic is free will. 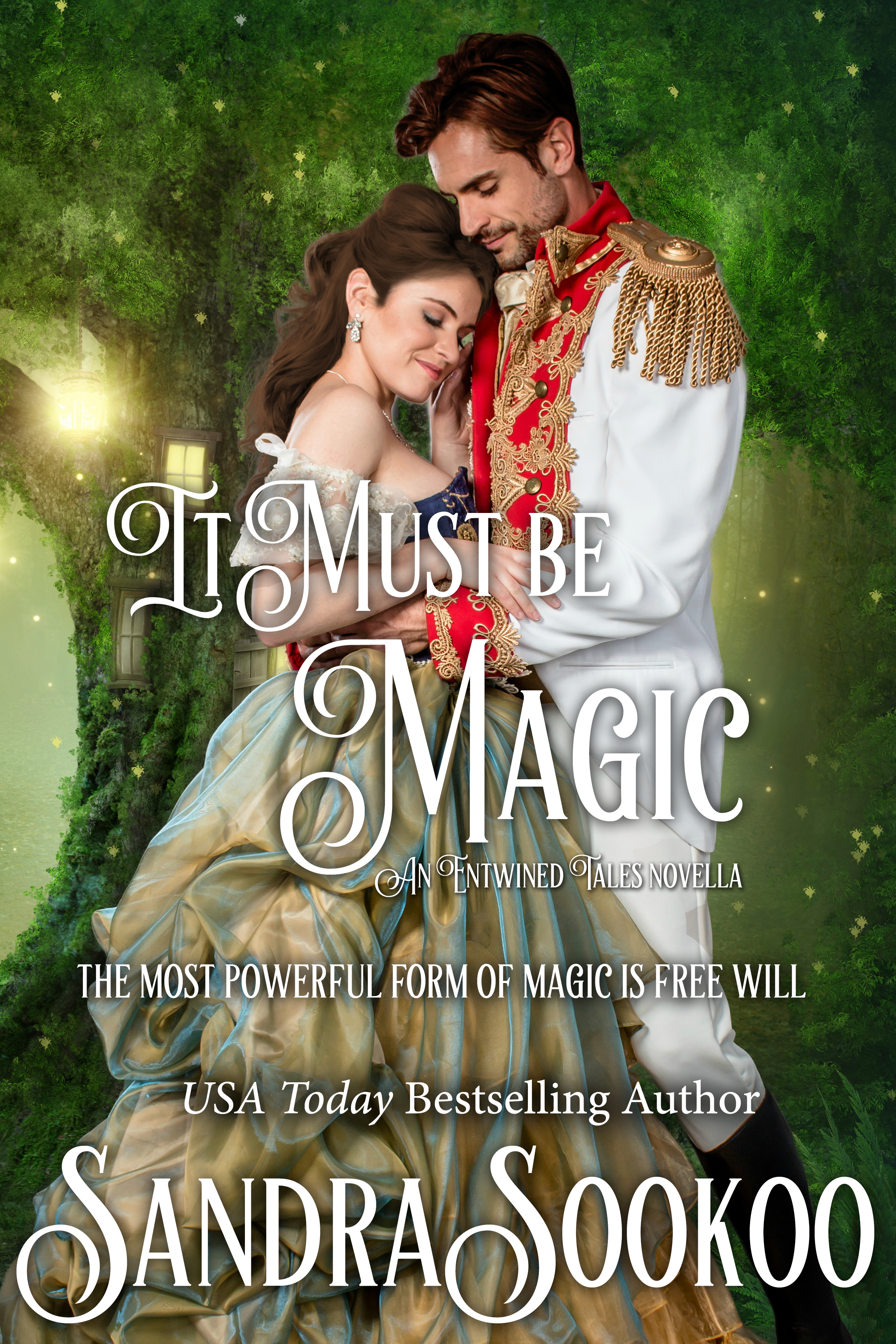 Averell Woode is a huntsman’s daughter, hidden away in an enchanted tree from the evils of the world. Though she’s skilled in all things forest-related, she yearns for life beyond the trees. A chance meeting with a stranger seems the perfect opportunity to stretch her wings, and she falls for the charm he wields, especially when an exciting adventure has come to her very doorstep.

Devon James Quinn Lansdowne, the spare prince of Annanvale, is trying to avoid anything that smacks of palace life. He’s not into intrigue or politics and much prefers running free through forested areas especially while in wolf form. Cursed to shift into the beast each night, he’s not looking for romance, but as fate puts him into the path of a woman who draws an arrow on him, he’s only too glad to change his mind.

When Averell is given an ultimatum by an evil queen—kill Prince Charming of Annanvale or face death herself—she wonders if fate is nothing more than dark magic. Quinn can’t let that happen, for Charming is his older brother, but how can he give up one life for the other? As midnight closes in, and at a ball no less, they each must make a choice. If luck—and magic—is on their side, everyone, even love, will survive.


A gloved hand slipped over her mouth while a strong arm stole about her waist. She was hauled against a man’s hard chest as panic climbed her spine. “If I were you, I wouldn’t cry out; you’ve gone to great pains to remain hidden thus far. Don’t reveal your presence now.”

How had this man found her? She’d grown up in these woods, knew how to hide as well as the animals, yet he’d managed to spot her. Averell froze. She gripped her bow tight in her hand. He was too close and prevented her from drawing an arrow. The scents of leather, man and citrus wafted to her nose. It was… interesting and different. Delicious, really.

“If you promise not to scream, I’ll release you,” he whispered and his breath warmed the shell of her ear. Trembling wonder crawled over her skin when she recognized the voice of the red-haired man. Still, was he one of the evil men her father constantly warned her about? “Do you agree?”

She nodded, and when he relaxed his grip, she spun away, plucked out an arrow, nocked it tightly in her bowstring and drew the arrow back. “Don’t move or I will impale you.” When he reached for a sheathed hunting dagger at his lean hip, she clicked her tongue against the roof of her mouth. “Do it and die.”

The man put his hands up, palms outward. A slight grin pulled at his lips that were neither thin nor full. “I merely need to call for help and my men will surround you post haste.”

Averell snorted. “They will be too late, for I only have to release this arrow and it will skewer your heart. I rarely miss.”