Archaeologists on a remote island release a horror from their darkest nightmares. 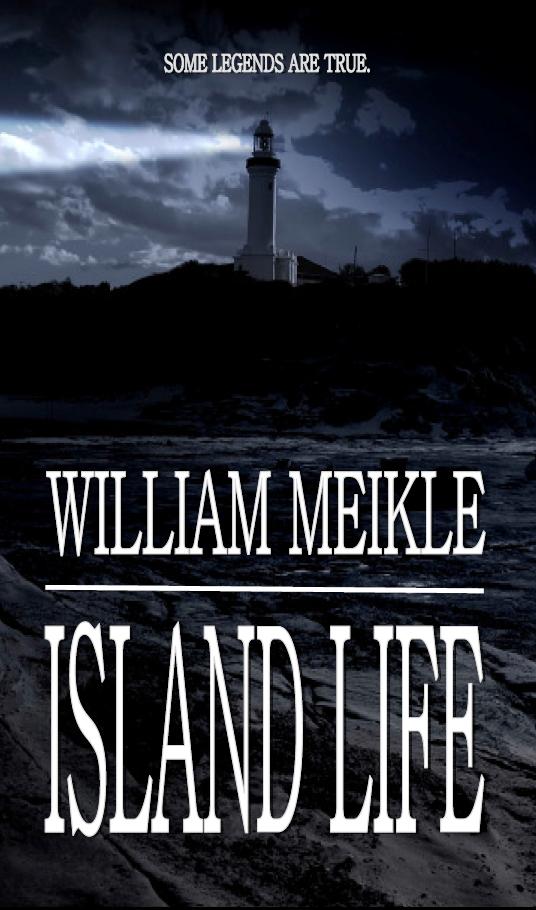 Some legends are true...

The old stories tell of an evil far beneath the earth. When an archaeological expedition ignores local wisdom and opens an old barrow on a remote island in the Scottish Hebrides, they unleash a horror beyond their darkest nightmares. Will anyone survive the onslaught of the Island Life?
William Meikle spins a tale of terror that will keep you awake until you turn the final page!


The sun had just come up as he crawled out of the tent, wincing at the chill in the air outside. He went back in to pick up a sweater

‘Welcome to Scotland -- the Riviera of the West,’ he muttered.

And to think I could have been in the South of France, sipping Pina Coladas and watching the nubiles bouncing on the beach.

But then he wouldn’t have met Janice.

He looked back at the figure wrapped up in his sleeping bag and a small smile crossed his face as he remembered the frolics of the night before. He thought about crawling back in and wakening her -- getting it all going again -- but the pressure of last night’s beer weighed heavily on his bladder.

He knew that if he didn’t do something soon he would have what his mother used to call a little accident. It wouldn’t do to blow his cool by stepping out with a damp crotch.

There was no movement from the other tents and, looking at his watch, he saw that it was only six-thirty… plenty of time to snuggle back inside for a couple of hours.

Whistling softly he made his way to the cliff edge, passing the site of the dig. Someone had placed a tarpaulin over the entrance and he felt a thrill just looking at it. They would finally go inside today, and all their work would be shown to be worthwhile. He hoped old misery guts would chose him to be in the first team, but didn’t think he had a chance -- one of the girls would get it.

He wondered if one of them was sharing the old man’s tent, and giggled to himself at the thought of the old man on the job. He probably lectured them on post-glacial settlements during his passion.