13 year old Jazmine has hidden away from life but when she takes part in her school play she's forced to confront old feelings and the mystery of what happened to her Dad. 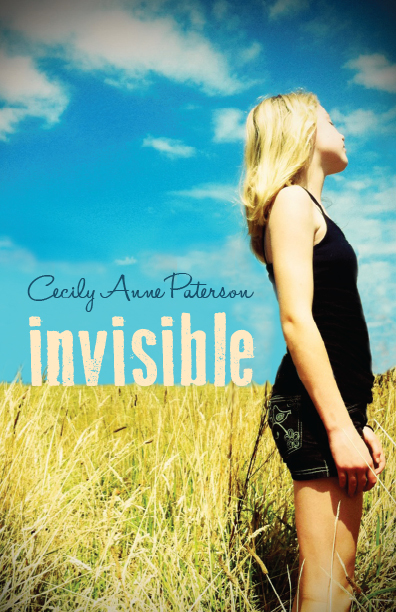 Jazmine Crawford doesn’t make decisions. She doesn’t make choices. She doesn’t make friends. Jazmine Crawford only wants one thing: to be invisible. For Jazmine, it’s a lot easier to take out her hearing aid and drift along pretending that nothing’s wrong than it is to admit that she’s heartbroken about her dad dying. She’s been drifting and ignoring her over-worried mum for four years now.
When bad girl Shalini and her mates adopt Jazmine, she quickly finds herself involved in more than she can handle. Sitting in disgrace in the principal’s office, Jazmine is offered a choice: help drama teacher Miss Fraser in the upcoming production of The Secret Garden or face a four week suspension.
It’s Miss Fraser who clinches the decision. “I believe in you Jazmine,” she says. “I know you can do this.” And Jazmine, terrified, disbelieving and elated all at the same time, joins the play.
For a while it’s all good. Drama star and chocolate lover Liam is friendly and Jazmine realises that making friends, talking to her mother and feeling her emotions isn’t as scary as she thought. In a final happy twist of fate, acting diva Angela quits the play and with only a week to go, Miss Fraser asks Jazmine to take on the main role of Mary.
But then Shalini returns from her suspension. She’s out for payback, and she has just the ammunition she needs to force Jazmine to quit the play and go back to her old ways.
Will Jazmine be confident enough to stand up for herself against Shalini? Will Liam still like her if he finds out who she really is? And does she have the strength to face the truth about her father’s suicide?


After being published in January 2013, Invisible was a free book for nearly a year, in which time it was downloaded over 350,000 times, garnering over mostly positive 1,000 reviews. In December 2014 it was in the top 100 books in its category for a few days.

Since I put a price on it, Invisible has performed consistently on Amazon with over 100 sales every month, and sometimes up to 200 or 300. It also sells approximately 30 copies per month as a paperback and I'd be willing to format and print copies of translations as well.

On Goodreads, it has been rated approximately 3,000 times.

I have a way of becoming invisible. I sit in my hammock chair in my room at home, I take out my hearing aid, start a gentle rock and slowly close my eyes and very soon I am no one.  I don’t exist.  No one can see me.

I do it all the time at home.  I sit in my chair for hours.  It helps me stay invisible at school and when I’m out with mum. I know how to walk so that people don't see me. I can sit in a corner and be ignored all day. People don't talk to me. I've learned how to make my body language say this girl doesn’t want to be here – go away. Cross your arms, lean forward, look down, look away.

There are times when I become invisible at home, in the kitchen, when it's just me and mum. She tries to talk to me but I don't talk back unless it's about something like breakfast cereal. If I start opening up to her I’m scared that it will go too far, and one day I will have to feel things and I can't do that. I hate doing it, just giving her really pathetic answers to the questions like how was school today? But if I gave her anything more she might keep asking questions and then, I don't know, I might end up having to talk and having to feel and then having to think about dad.

It drives mum crazy. With every yep and nup I can see her face get even more tight and pinched than usual. I think she’s been to see someone about me because I can see that she doesn’t want to push me, but she just can’t help herself most of the time.  She blurts out questions and tries to offer advice.