Invade Me by K. Matthew 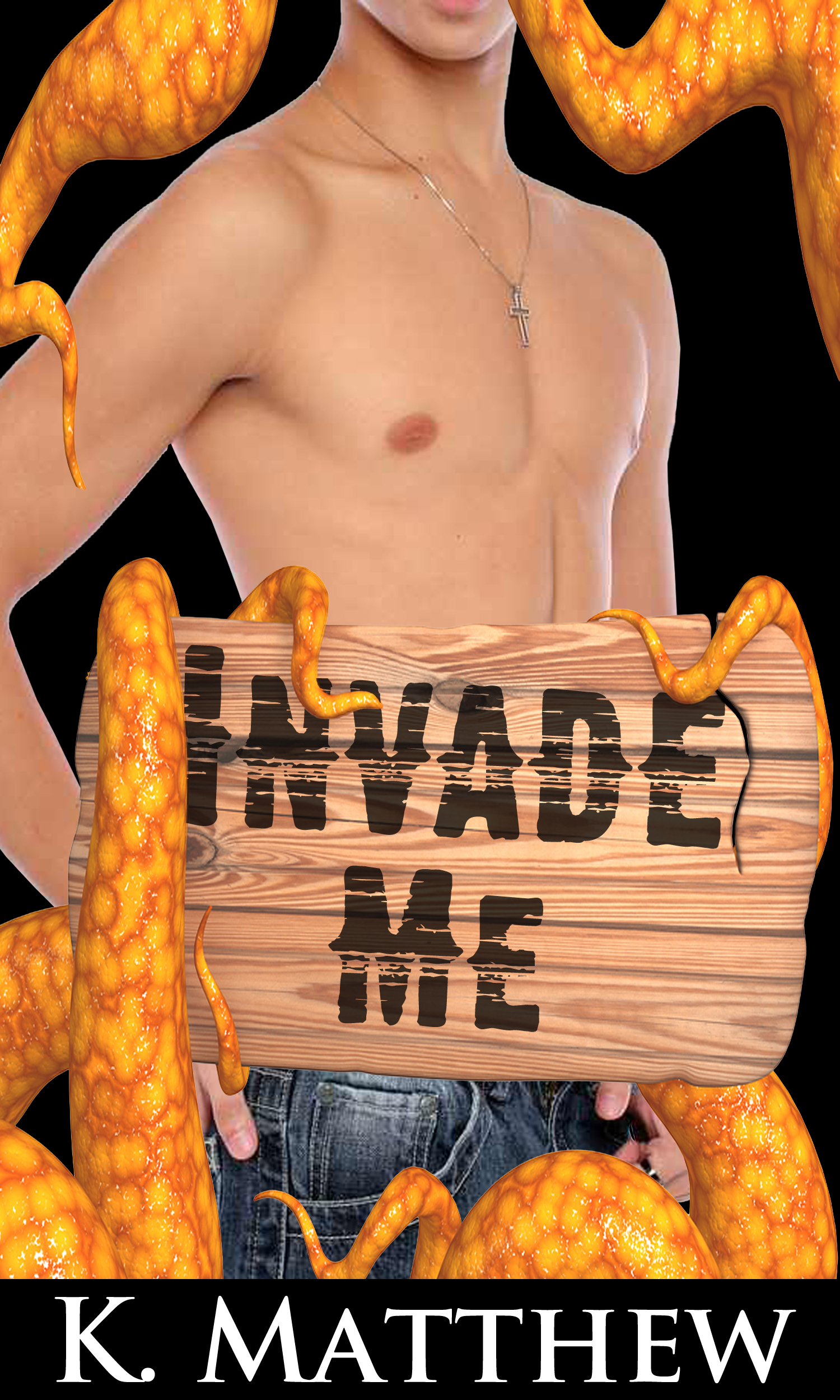 Terry has spent the last several years lusting after his best friend Darrel, who has been happily dating an adorable blonde bottom since before they met. When Darrel's boyfriend is captured by alien tentacle monsters, he springs to action to save the love of his life with Terry at his side. Little do they know that the invasion will change everything.


Darrel and I had been best friends for almost five years. We had met on a gay chat website when we were teenagers and decided to move in together straight out of high school. It was a big change for me, moving from California to Texas to live with two guys I'd never met in person before.

Did I mention that Darrel had a boyfriend? Bummer. The guy was hot. Actually, both of them were, but Darrel was far more my type. Tall, lanky, covered in tattoos and piercings, with shaggy black hair, milk-white skin, and a voice that could melt the briefs off any gay man. Not to mention he was ridiculously smart and articulate.

His boyfriend, Johnny, was adorable. A petite blonde that made a habit of looking both cute and wanton at all times. Even when he was angry, it was hard to take him seriously. The way he pouted just made you want to scoop him up in your arms and correct all wrongs. That was Darrel's job though, not mine. I simply served as the shoulder pillow when Darrel wasn't around, doing my best to keep my hands and thoughts to myself. What a tempting pair they were.