Intercepted by Love - A Football Romance - Part 5 by Rachelle Ayala

Danger awaits Andie when she goes on a sting operation to clear Cade's name. 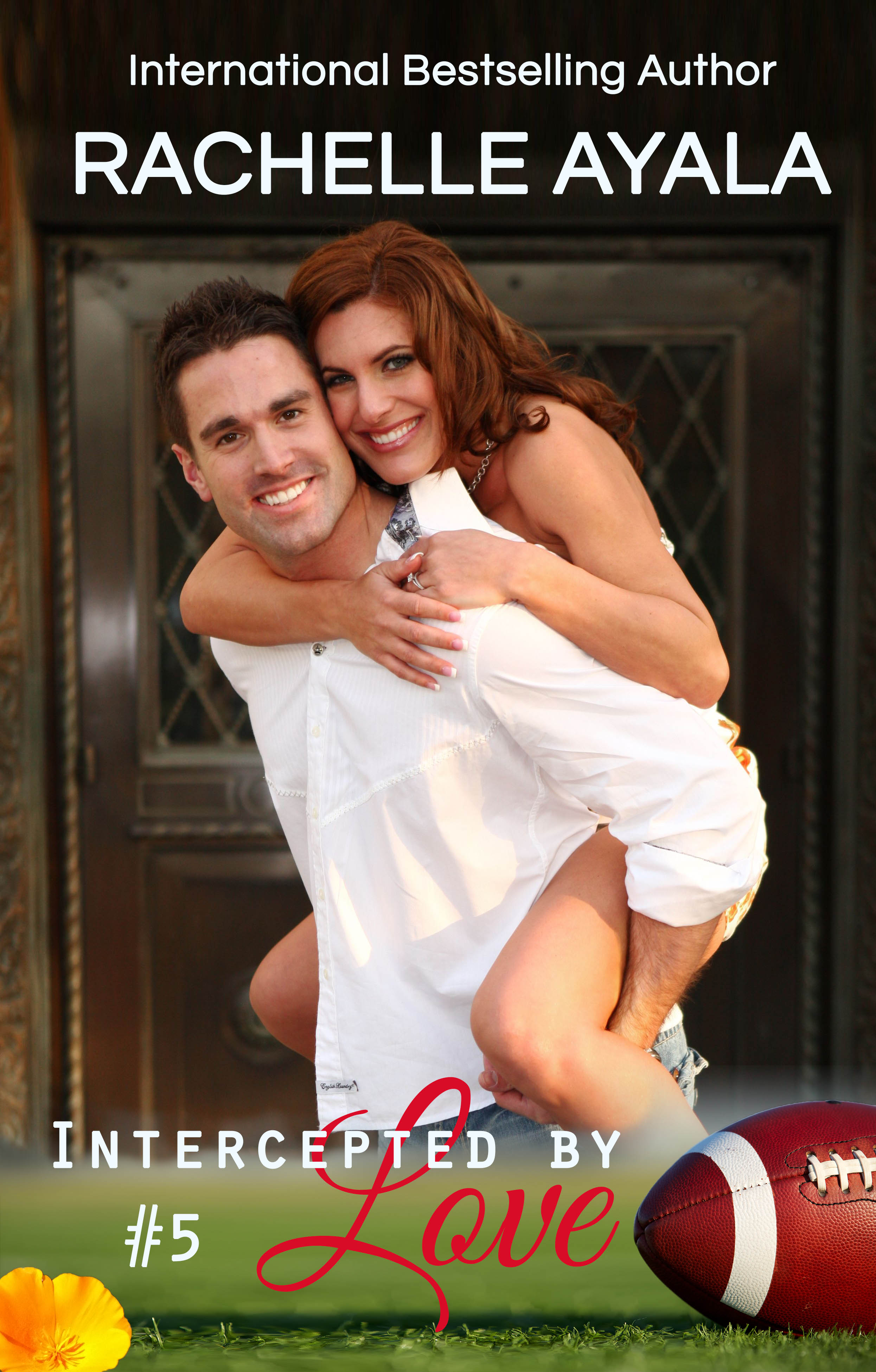 Cade is arrested and thrown in jail. To save Andie from danger, he tells her they’re through, done. Instead of abandoning Cade, Andie is drawn into a sting operation to prove his innocence.

Andie disappears on Cade, sending him on a desperate search. Can Andie and Cade unravel all the forces conspiring to keep them apart and intercept the love they both deserve?

Small cliff-hanger. Will Cade and Andie's wedding come across without a hitch? Find out in Part 6 where wedding jitters and lurking danger threaten Andie and Cade's future happiness.


Intercepted by Love is a 6-part serial that is sexy, contemporary, and fun. The six books have made me the most money of all my romances combined, and it is very popular with steamy romance readers. Audiobooks are also available.

Andie clutched her chest as heart palpitations made her lightheaded. The police car carrying Cade drove down the street and disappeared around the turn. Gollie and Red kept up a chorus of growly barks from behind the fence, and her mother was standing there, holding Bret in one arm and waving the paternity test with the other.

The results said Bret was Cade’s baby. Andie palmed her head to see if the ground would stop rocking and rolling.

Her mother patted her back, trying to guide her back into the house. “Are you okay? Dizzy? You have to lie down.”

“No, there’s no way Cade’s guilty. This is all wrong.” Andie fanned herself and stumbled into the house. “There has to be something I can do to help him.”

“Did you even hear what he said? He broke up with you. He says you’re through, and he asked you to go home.”

“He’s under stress. He’s just saying that to make me go away.” Yet the way he’d turned away from her had an air of finality. Andie, don’t come visit. It’s over. We’re over. Finished. Go home. Those words stabbed deep, drawing blood. They hurt. Sure, but Cade was hurting, too.

“Listen to him,” Mom reiterated. “He told you to go home.”

“It’s because he doesn’t want my life ruined with his mess.” Andie couldn’t believe she had to fight her mother on this. “Besides, we can’t just leave the baby by himself.”