Intercepted by Love - A Football Romance - Part 3 by Rachelle Ayala

Andie and Cade are both shocked by people from their past. 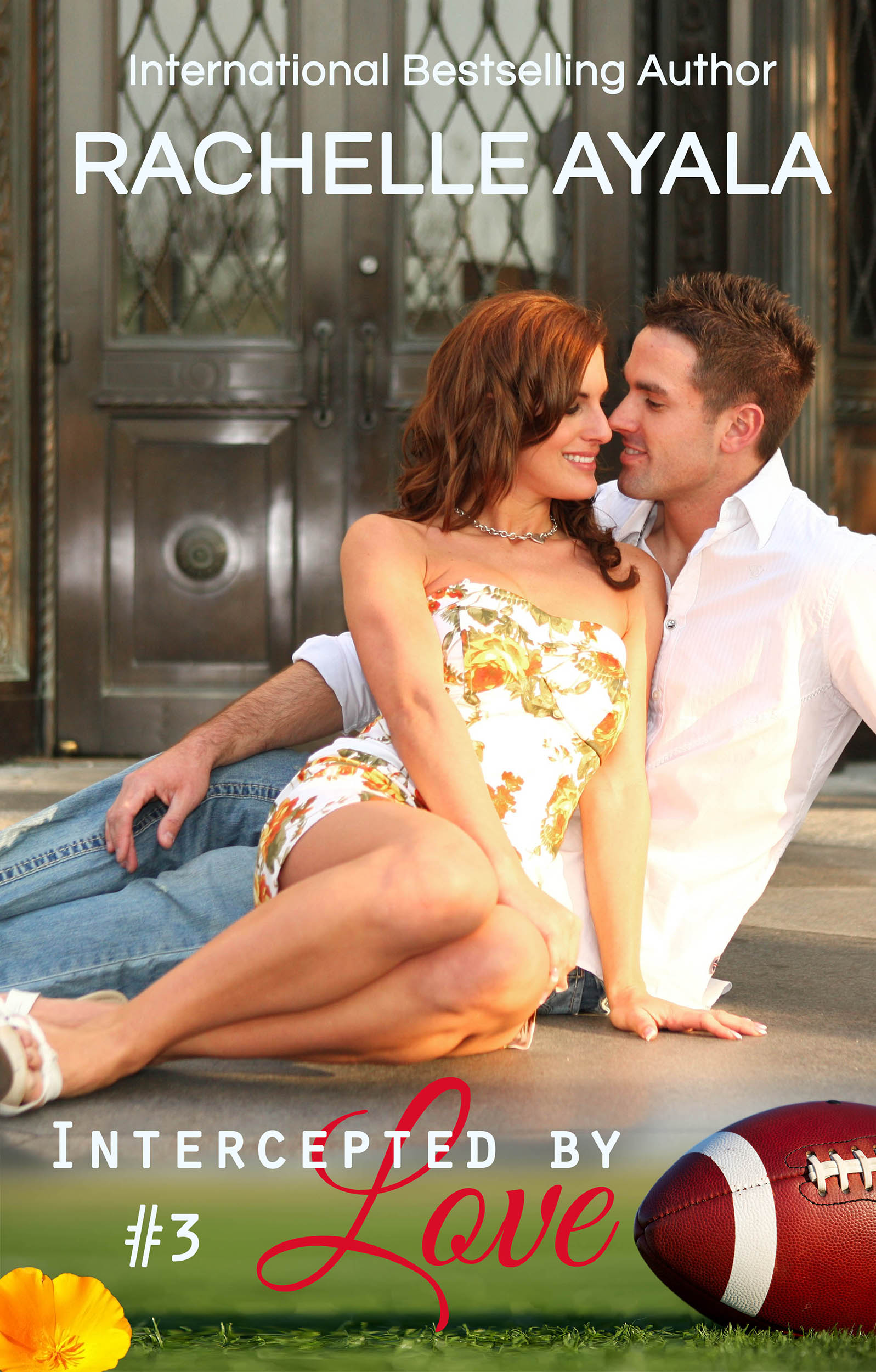 Cade and Andie’s love affair takes a shocking turn when both of them have obligations to people from their past. Meanwhile, a rival is trying to get Cade kicked off the team, and Andie’s family situation takes a turn for the worse.

Despite the heat between the sheets blazing hotter than ever, forces beyond their control work to rip them apart. New revelations and surprises leave Andie crushed and Cade reeling. Can Andie and Cade trust their crazy love to carry them forward, or will they have to sacrifice everything they’d hoped for and leave love behind?


Intercepted by Love is a 6-part serial that is sexy, contemporary, and fun. The six books have made me the most money of all my romances combined, and it is very popular with steamy romance readers. Audiobooks are also available.


“How is it possible that both Roxanne and the baby are gone from the hospital?” Los Angeles Flash quarterback Cade Prescott shouted into the voice mail of his agent, Rob Cash. “I know you know where they are. Call me back.”

This was not good, not at all. A few days ago, the woman pregnant with his baby had gone to the hospital in premature labor. His baby was only thirty-two weeks along, too early. If the baby were born now, he could have serious complications.

Cade grabbed his gym bag and flexed his sore shoulder. Something was going very wrong, and they were keeping him in the dark.

He called Roxanne’s cell phone and got her voice mail. He tried not to think of the worst case scenario. If she was able to walk out of that hospital, things couldn’t be that bad, at least for her. But the baby? Had something happened that they didn’t want him to know about?

Cade called his mother back and asked her to wait for him at the hospital. He showered and changed into his street clothes. His shoulder was still sore from the late hit, nothing unusual for a quarterback who was the target for every defensive back to sack. He’d deal with team politics later.

Sure, he was cutting out on practice again and would be fined for leaving, but he had no choice. His baby could, at this very moment, have either been born or … he shook off the chill creeping up his spine. No sense going there.

Forty minutes later, he and his mother hurried into Roxanne’s doctor’s office. En route, Cade had called his lawyer to notify the doctor that, as the father of the baby, he had a right to be notified of the baby’s health.

“Cade Prescott? Dr. Benson will be with you shortly,” the receptionist said. She blinked at him in a star-struck manner, then palmed her cell phone. “Is it okay if I get a picture with you?”