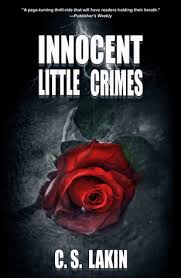 Lila Carmichael may be a rich and famous comedienne, but she’s hidden her greatest talent from her adoring fans—her ability to simmer, spice and serve a carefully constructed tour de force at a cozy reunion on her private island in the Pacific Northwest.

Six unsuspecting guests have forgotten the innocent little crimes they committed against poor, gullible Lila fifteen years ago in college. All are teetering on the brink of ruin, hoping the famous Lila will come to their rescue. But their desperation plays them right into her hand.

One by one, Lila's guests are figuratively killed off in a vicious parlor game called Wolves. And revenge turns bittersweet when the weekend is over…and one guest is dead for real.

"Revenge is indeed a dish best served cold in this fast-paced, thrilling story. Lila Carmichael is the Queen of Comedy, a wealthy TV actress with legions of adoring fans, who capitalizes on her less-than-gorgeous looks and snarky sense of humor…But Lila hasn’t forgotten how cruel they were to her when she was a heavy, unhappy preacher’s daughter too naive to know they were using her. And now she’s got them trapped right where she wants them, and she turns them on each other, bringing to light their greed and the dark secrets they’ve been keeping all these years. Before the weekend is over, one of them will end up dead…a page-turning thrill-ride that will have readers holding their breath the whole way through." — Publishers Weekly

"Take a remote island setting and an ill-fated reunion, throw in a few hot tempers, and a dash of revenge, and you end up with murder...and a puzzle that mystery lovers will relish unraveling. C. S. Lakin delivers readers a real page-turner with Innocent Little Crimes, an engaging whodunit that pulls readers in from the first page. Who knew reunions could be so deadly?" —Elizabeth Craig, author of Quilt or Innocence

"This psychological thriller is reminiscent of Agatha Christie, the best-selling novelist of all time. The pacing is excellent and keeps you on the edge. Lakin's word pictures are so good you'll think you're watching a movie. This is definitely a novel that needs to be a permanent resident in your collection because you'll want to read it over and over—the greatest compliment any book can ever get." —Ken Farmer, author of Black Eagle Force

"C. S. Lakin's Innocent Little Crimes will make you think twice before attending your next reunion. Most people stay the same year after year... but some don't." —Kirkus MacGowan, author of The Fall of Billy Hutching


Innocent Little Crimes has sold in the thousands. It made the top 100 in the Amazon Breakthrough Novel Contest in 2009, out of 5,000 novels. It is not a best seller but sells steadily and has dozens of top reviews. The story is a psychological spinoff of Agatha Christie's biggest selling mystery: And Then There Were None. This book is published by Imajin Press in Canada, but the author holds all translation rights.

With the motor at a putter, Mac Dobson steered his trawler through the clammy fog, stretching his neck to spot jutting rocks before they punched holes in his hull. Even though he’d maneuvered through this maze of islands for over thirty years, he knew to keep his confidence in check. Forceful waves slapped the bow, splashing salt water into his beard. Tree branches tumbled and bobbed in the churning water, debris from the weekend storm littering the narrow channel. Sherpa whined, pressing against Mac’s legs.

“We’ll be there soon, ol’ boy. Then a bowl of hot soup for the both of us.” Mac pulled the yellow rain slicker tighter to stave off the wind, then dodged a hefty limb with the jerk of the wheel. He gave Sherpa a brusque pat on the head as the dog sought purchase with his paws on the slick deck. “Folks must be crazy to be vacationing this time of year.”

Through the drifts of gray, he could make out the island a dozen yards to starboard. The soughing of the surf as it pounded the beach rolled toward him, growing in pitch. As in a dream, the pier materialized, then the flag pole jutting from the sand. A shiver raced across the back of his neck at the sight.

Someone had raised the signal flag; it flapped in the wind, smacking the pole. The pulley clanged against metal, tolling like a bell in a churchyard. As the boat nosed to shore, Mac made out a small group on the beach standing solemn and still, a curious contrast to their excited manner two days ago when he dropped them off. But dream turned nightmare when his gaze followed theirs to the ground. A bulky shape lay at their feet, wrapped in a gray canvas tarp. Mac tossed the line over the post at the dock and whistled under his breath as the prow nudged the pilings. He didn’t need to take a mental count to know someone was missing—and just where that someone happened to be.