In the Horde's Way by S. A. Gibson

The librarian must join with the tribes to fend off the invading hordes. 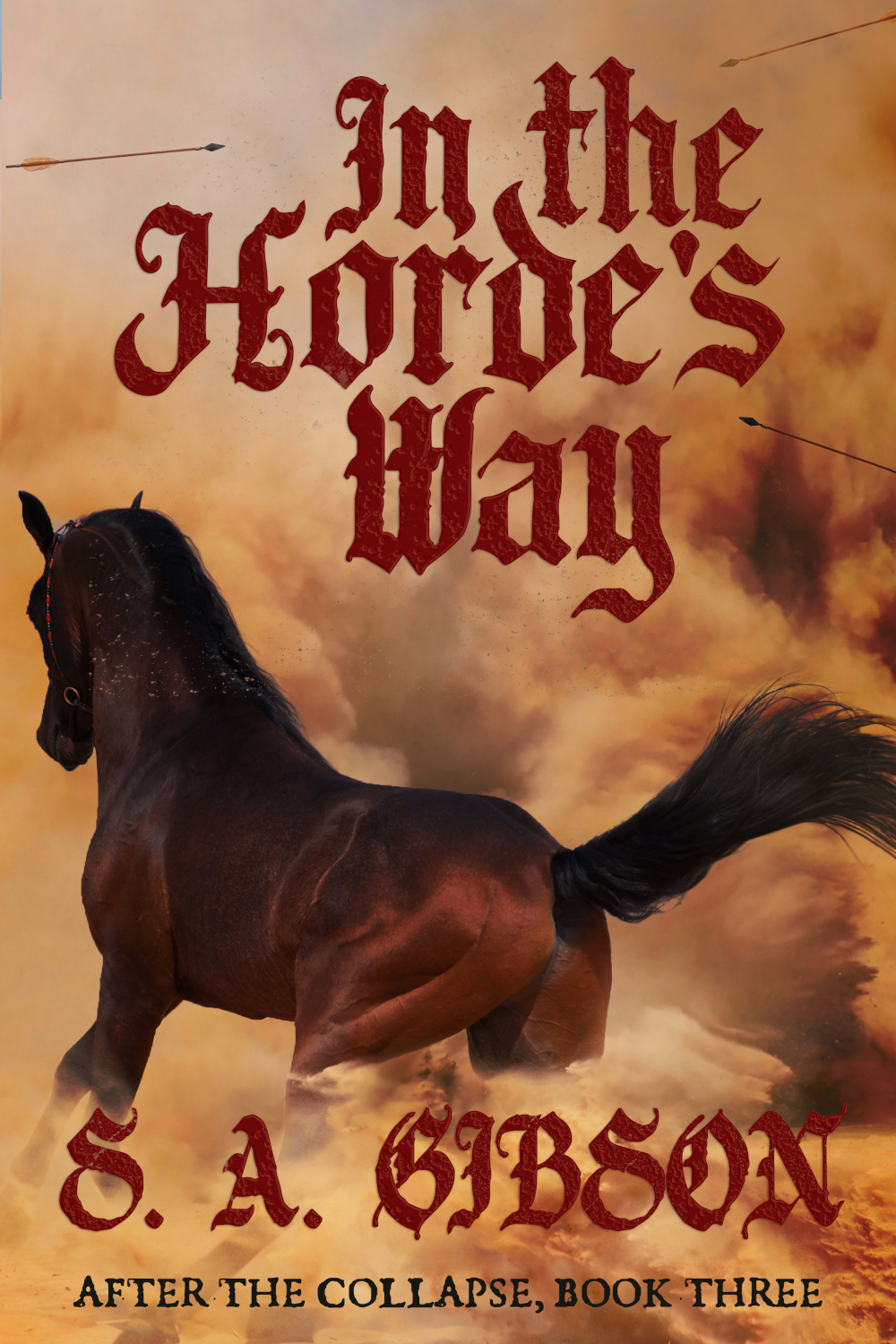 When a new trooper starts working at the Southwest Library, she meets Alaya, the Librarian's daughter. But for Henrietta, a soldier with a secret, this young woman may hold the key to expelling the invaders.

The events that follow launch Henrietta on a journey that is dangerous and epic, leading her into the councils of the invaders and chieftains of the tribes that rule the desert land of the Southwest.

But an even greater danger is coming. Something is moving into the land, something more evil even than the dominating ruling clans. Messengers warn of a mounted menace moving down from the north, destroying all in its path. Facing the rising threat, Henrietta must join with the librarians and old enemies to build a stronger alliance. In this tale of the future world without modern technology, each character must make decisions of loyalty and commitment that will shape the future.

Book one in the series has been translated into Spanish, Italian, and Portuguese.


Alaya’s appetite always flees at those formal dinners. Her father’s advisors and the guards standing around, putting on a show of obedience, including her own guard, Rainbird. These Vashon, coming here. Taking over. In the empty kitchen where she’s hiding herself, Alaya eats a salad she’s put together. Only here, alone, can she relax. Unaccompanied. Her assigned guard, Rainbird, lets nothing dissuade her from overseeing Alaya's life, not even Alaya's father, the Librarian.

Footsteps? Her father’s expected back; the Vashon called him away, and when they call…

She carries the salad bowl to the kitchen doorway and silently steps into the hall. Oil lamps sputter and cast flickering shadows on the walls. A woman, in uniform, stops suddenly, a meter away. Alaya doesn’t recognize this soldier. She wasn’t one of them that stood along the walls of the dining room, quiet and watchful. Alaya risks asking, “Have you seen my father?”

The trooper stands at attention. “No. Miss Way.”

Stepping closer, Alaya’s inspecting the woman’s insignia. “You’re Regional!” Her surprise leads to a top-to-bottom examination of the uniform. Definitely not Vashon. Alaya’s eyes dwell on the infantry sword scabbarded at her side. “I thought only Vashon troops guarded here.”

“I’m newly stationed. Ma’am.” Alaya notices the hesitation. A lie? But the young woman continues, “I was sent to get something.”

“My name’s Alaya. Ma’am and Miss Way are for those recognizing my rank, if I had one.” She takes a bite of salad. When the soldier does not respond, she feels the urge to test her, in case she’s lying. “What’s your name, Private?”