Hypatia of Alexandria: Student - Teacher Edition by Laurel A. Rockefeller 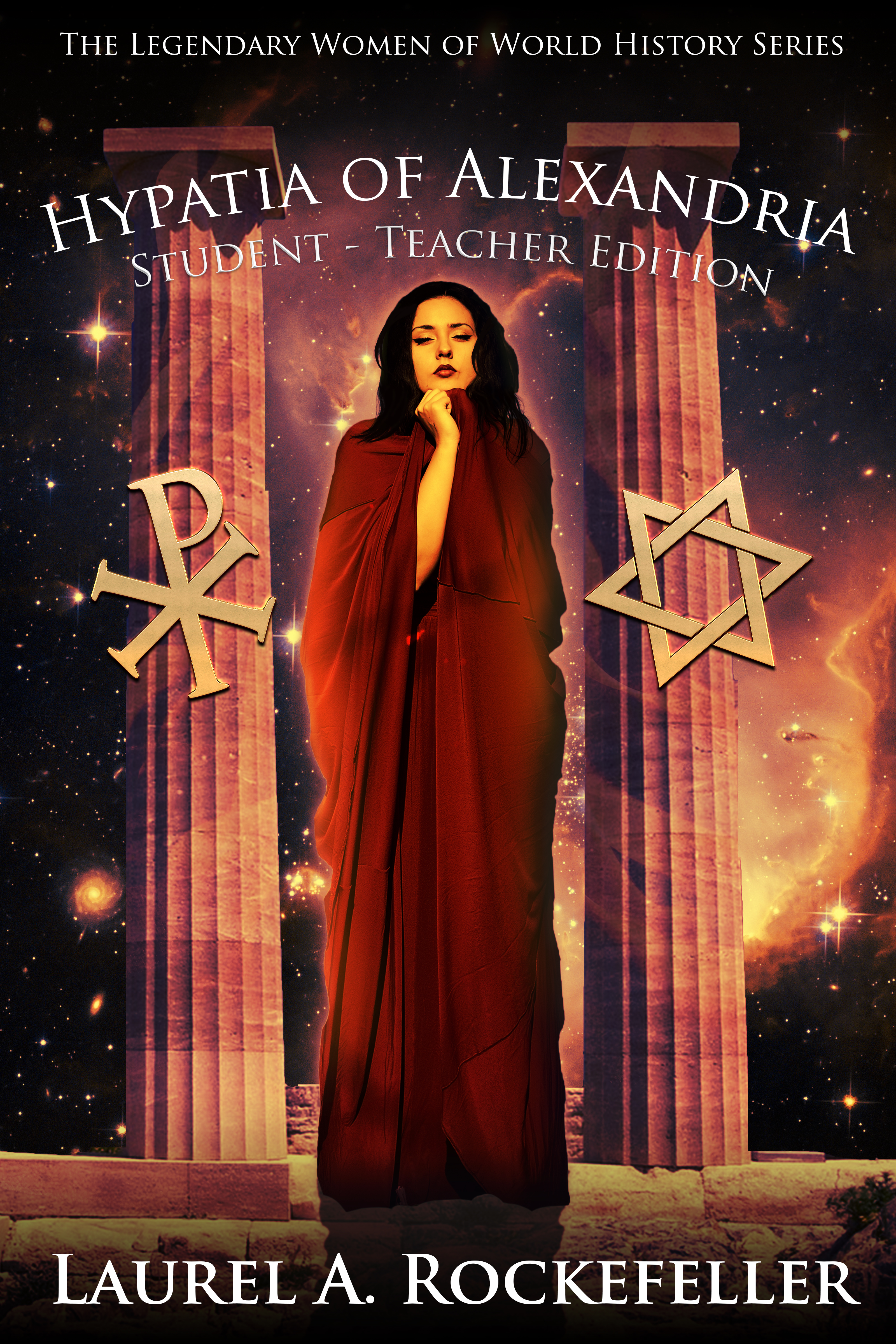 As the western world fell into darkness, she dared defend the light.

Born in 355 CE in the aftermath of Constantine's reign, Hypatia of Alexandria lived in a collapsing Roman Empire, a world where obedience to religious authorities trumped science, where reason and logic threatened the new world order.

It was a world on the edge of the Dark Ages, a world deciding the question of science verses religion, freedom verses orthodoxy, tolerance verses hate.

For over 40 years Hypatia stood between the dark ages and the light of classical philosophy, arts, and sciences. Though none of her books survived the aggressive book burnings of religious zealots, her legacy remains that of one of the greatest scientists of all time.

Student - Teacher Edition features challenging study questions after every chapter, Plus a detailed timeline, and an extensive suggested reading list.


Three hours later church bells sounded the alarm. Fire! Fire! Fire! Cries swelled up across the city. Flames pierced the domes of both the Caesareum and the Temple of Serapis as Christian Roman soldiers defended the mobs sweeping through both complexes. Flaming arrows shot through the air to ignite library stacks and rooftops. Armed men with clubs and swords hacked at the stones and slaughtered any who dared oppose them.  Theon and Hypatia watched with sadness and horror as the world they knew and loved fell to ashes. The classical world of the philosopher, the scholar, the scientist was gone, replaced by the zealot eager to please his bishop at the expense of all else that lived, breathed, or dared think.  The roaring bonfire of knowledge that was Alexandria was now reduced to a flickering and fragile candle, a small but precious candle being tended only by those who dared risk their lives to defend the light.