A teen with blocked psychic powers, a panther shifter who can't—or won't—shift, a secret academy, and the power to defend the entire world... 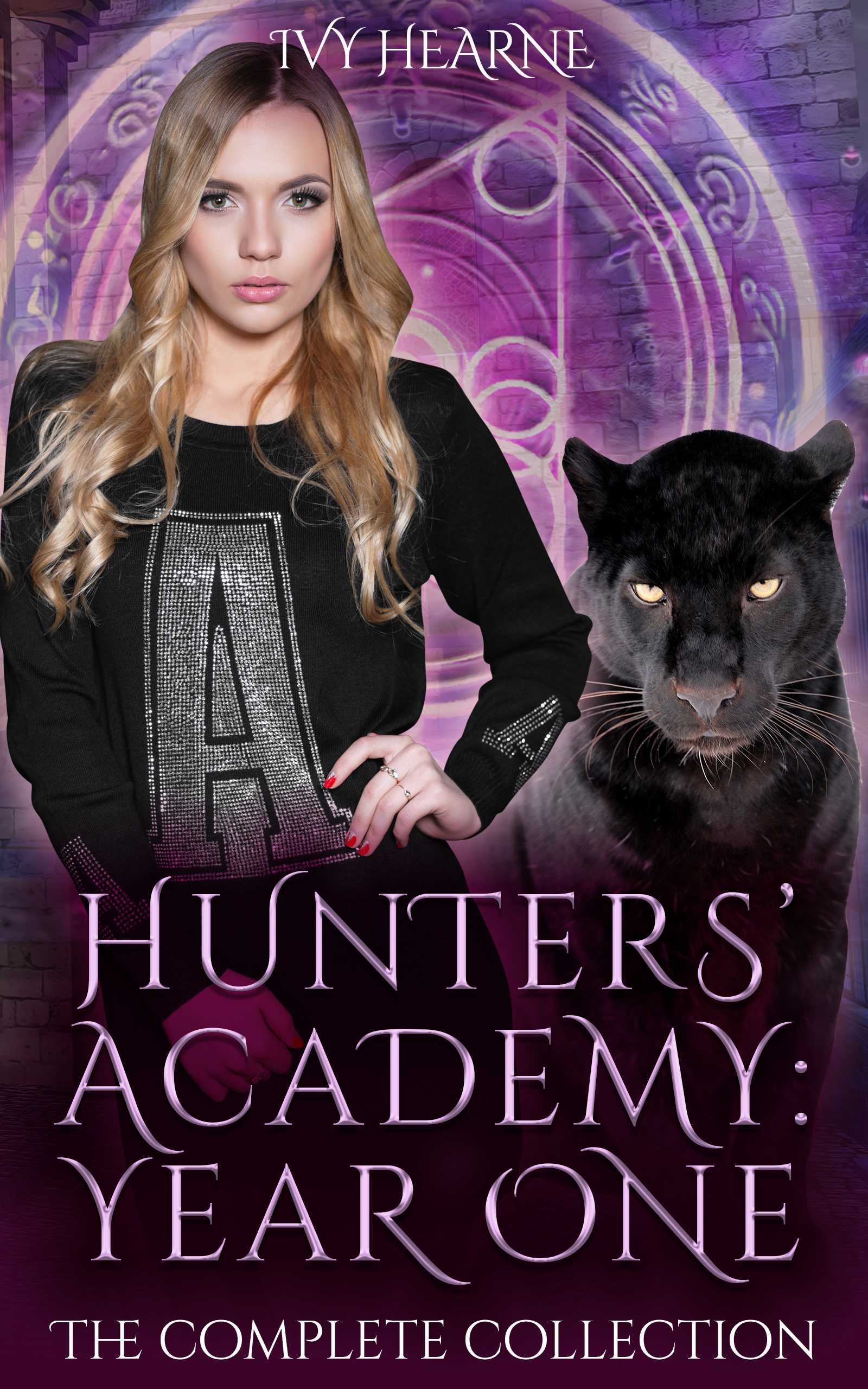 This collection includes all eight episodes of the first season of Hunters' Academy!

Survive or Die. It's not much of a school motto—not as inspiring as, say, "Let us give light to the world," or "Knowledge is liberty," or even just "Light and Truth." Those are all real school mottoes. So is this one. It belongs to the Hunters' Academy. And now, so do I.

Since she was twelve years old, Kacela Deluca has suffered debilitating migraines. On the eve of her sixteenth birthday, she learns her headaches are the result of untapped psychic abilities. She's given a choice: continue to suffer, or leave behind everything she knows and join the Hunters’ Academy. The only catch? If she doesn’t pass the entrance exam, she’ll die.

A teen with blocked psychic powers, a panther shifter who can't—or won't—shift, a secret academy, and the power to defend the entire world...if only Kacela can unleash her potential before it's too late.


This series is consistently a bestseller and this collection is the first compilation of all eight novellas that make up Year One of the academy series.


“Our school motto is Latin for ‘Survive or Die’.” He shrugged as if that explained everything.

“I’ve seen the motto,” I said absently, considering the implications of his comment. “You’re telling me that if I don’t pass my entrance exam, I might die?” That seemed more than a little extreme.

“I’m afraid so. It’s not a penalty that we impose, of course. Our preference is to send failing students home. In some cases, however, the test itself is fatal if it is not passed.”

I stared at him in horror. When I had first seen the motto, I had thought it was ridiculous. Survive or die—those are pretty much the only options, right? Now, however, the words seemed ominous. Terrifying, even.

“My options are pretty much stay here and risk dying during my entrance exam, or go home and spend the rest of my life in miserable pain?”

“That’s not much of a choice.”

“And I fear it gets worse. There is even a chance that the migraines themselves will cause brain lesions, and eventually, they will kill you, too.”

Is there a lesser of those two evils?