John Hunter is a wanted man. 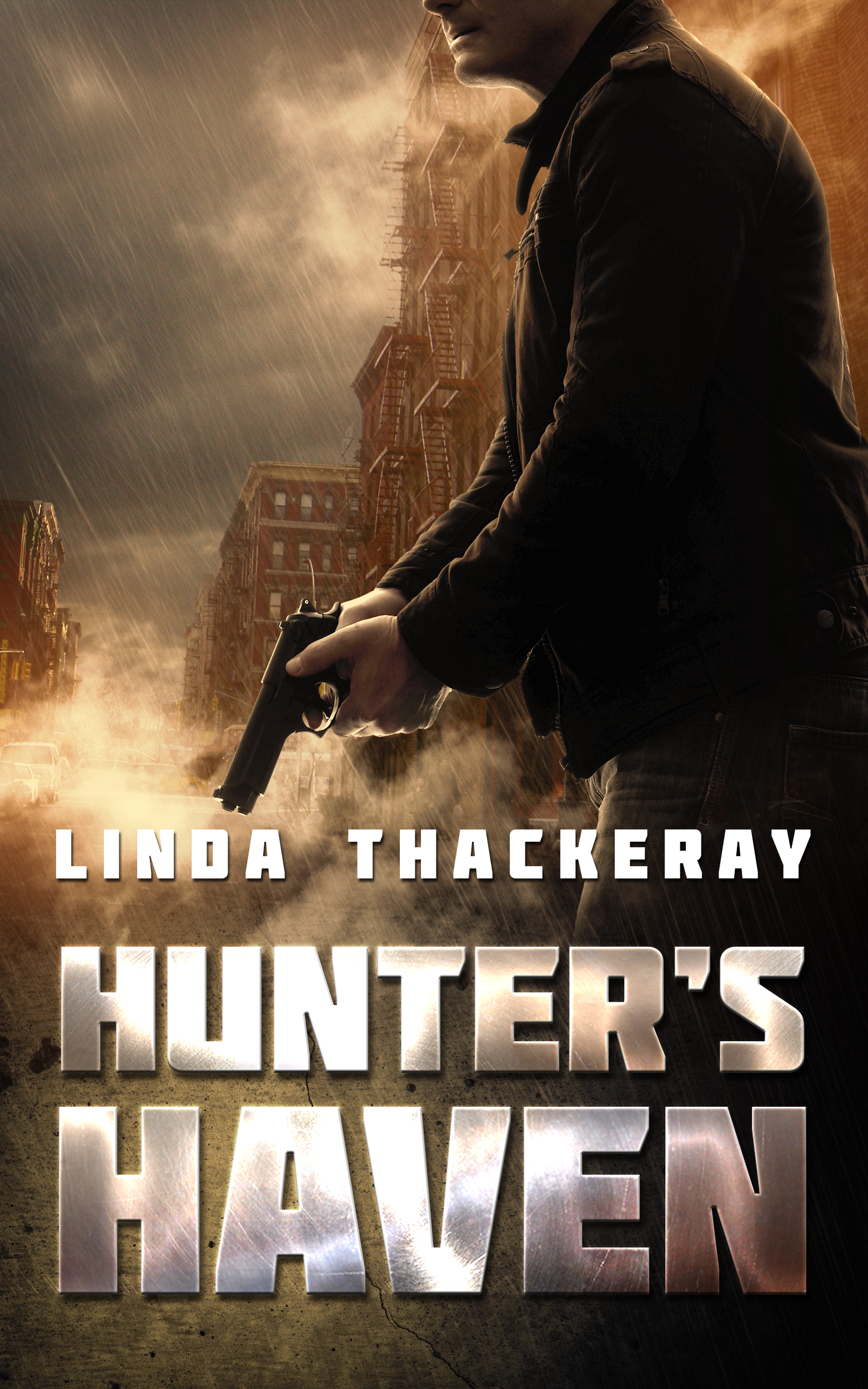 John Hunter is a wanted man.

After years on the police force, ex-special forces soldier John Hunter remains haunted by violent memories from his past. When his sister — the one thing grounding him to reality — is murdered by an infamous drug lord, John takes the law into his own hands.

On the run for his life and craving sanctuary, John makes his way north and finds refuge in a place called Haven... and in Lakota Grae. Having to contest with a rogue and corrupt religious group bent on implementing their twisted ideas for the new World Order, John realizes he has one war left to fight — and one last chance for redemption.

Gritty and realistic, Hunter's Haven is a dystopian thriller that explores the thin line between the savage and the civil.


Medea screamed when the blood splattered across her cheek.

Gore and blood turned her high-pitched wail into shrieks of terror and had her shaking where she stood. Her scrawny form, petite to begin with, shook like a leaf in the wind. With raccoon rings around her eyes from running mascara, she remained frozen to the spot. The remains of her pimp, Dwyer, were oozing down the now-slick leather of the ruined sofa.

The man who killed Dwyer didn't pay her any attention despite the noise she was making. In fact, he didn't appear to see her at all as she continued to shriek, trying to wipe pieces of Dwyer's brain off the sleeve of her blue vinyl jacket. Stepping away from Dwyer, he slapped another magazine into the LSAT machine gun he was carrying and surveyed the room, looking right through her as he regarded Pinto and Armstrong in more or less the same state as Dwyer, their blood seeping through the parquet floor.

“You should go,” he said simply as he turned to leave.

Medea fell silent immediately and nodded. Conditioned to obey when orders were given, her shriek came to an abrupt halt in her throat. The killer strode past her, all six feet one of him, blue eyes seeming almost black in this light, just like his brown hair. He wore a black military coat and his gloved hands clutched the machine gun he'd used to cut down Pinto and Armstrong when they had tried to come to Dwyer's aid. God only knew how many of Dwyer's crew was dead downstairs.