Hitler’s War and the Horrific Account of the Holocaust by Scott S. F. Meaker 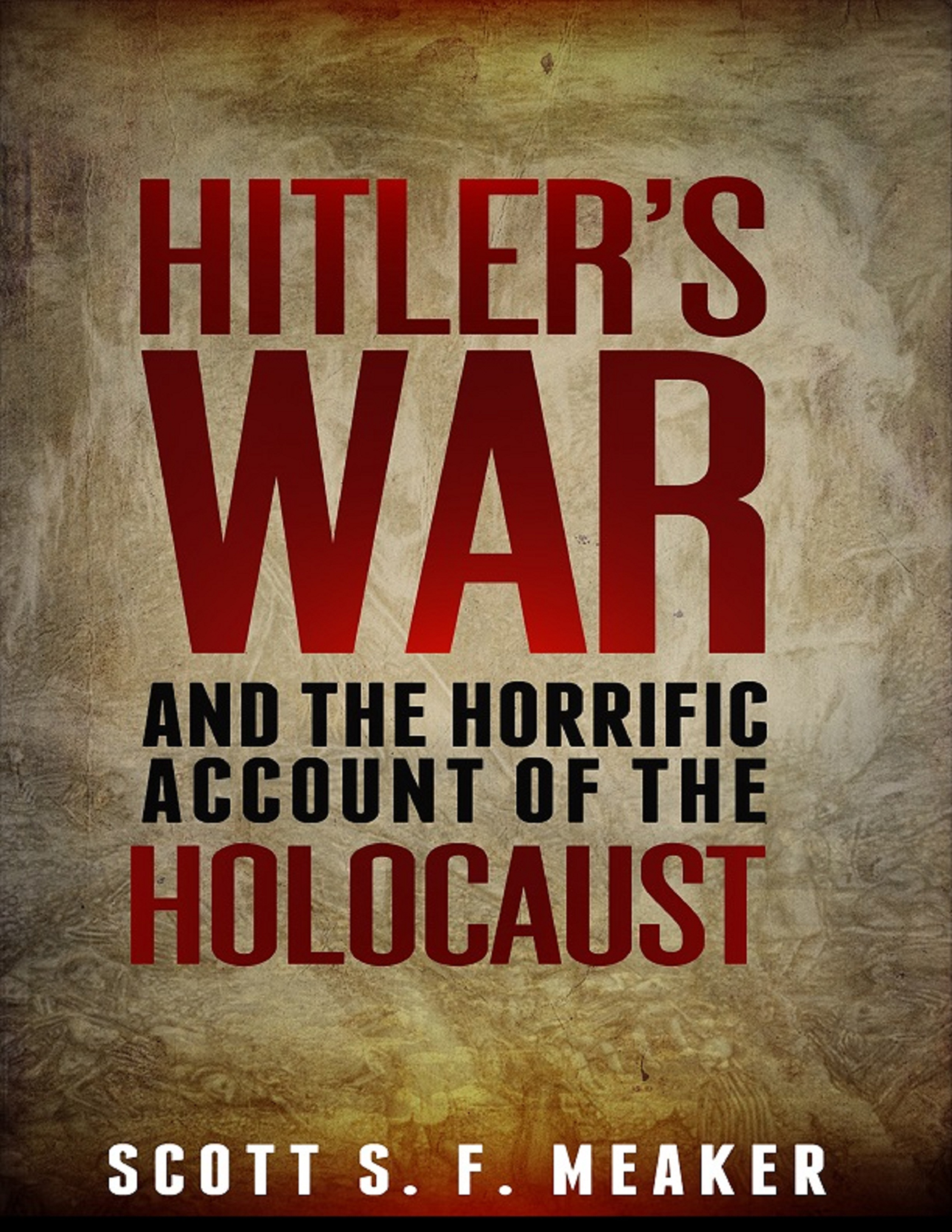 As Hitler’s power grew, he rounded up others that he considered undesirable. Hitler had come into power and the slow destruction of Jews was put into place. In 1942, about a million Jews had already been killed. Execution was just one cause of death. Two and a half million have been gassed and a half million starved to death. Typhus outbreak killed many others. After the Allied victory, Germany was in chaos.

This book is an effort to look at the type of situation that would allow a civilized country to let the Holocaust to take place.


There is an old saying that history is written by the victors. Bearing this in mind when writing about Adolf Hitler and Nazi Germany, it is a challenge to portray the aspect of the Second World War and the holocaust without any bias.

The word Holocaust comes from the Greek words hólos which means “whole” and kaustós which means “burnt.” The Holocaust remains as a reference to the destruction of six million Jews during the Second World War. This book is an effort to look at the type of situation that would allow a civilized country to let the Holocaust to take place.

While the majority of the victims of this horror were Jewish as the Nazi agenda included the “Final Solution” which was the elimination of all Jews, the Nazis also wanted to eliminate anyone who got in their way or who did not fit the Nazi view of a perfect citizen of a magnificent Germany.

This is where it becomes a challenge to start telling this story without appearing to make any judgment on a civilization that believed that it was acceptable to round up and kill entire societies of people.

The collection of undesirables began in 1933 with the construction of the first concentration camp, Dachau. Hitler used Dachau as a place to incarcerate his political opponents, Communists, and Social Democrats. As his power grew, Hitler rounded up others that he considered undesirable.

As evidence of the tenor of the time, in the early 1930s in German, the undesirables that Hitler’s Nazis rounded up and sent to Dachau included homosexuals, Jehovah's Witnesses, Gypsies, clergy who did not agree with the Nazis, the mentally challenged, the disabled and Jews.

It can be boiled down to something as simple as this. If your neighbor did not like you or your beliefs, your neighbor could turn you in to the Nazis who could scoop you up and incarcerate you.