His Indecent Training 5 by Sky Corgan 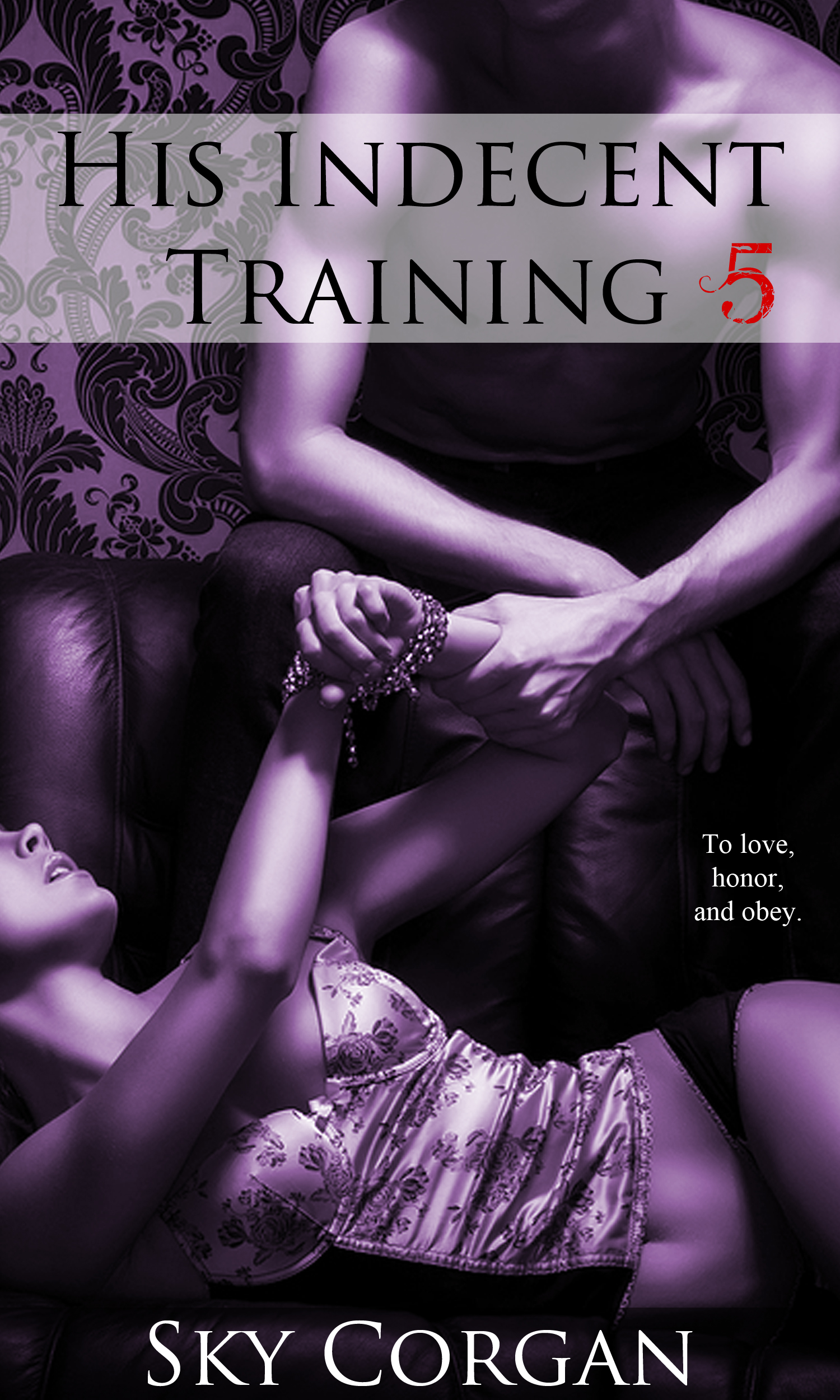 
For a while, everything was rainbows and butterflies. I settled back into my submissive role, my determination to succeed fueled by Damien's declaration of love. There were still times when I had issues calling him Sir, but he rarely bothered to correct me about it anymore. Punishments were at an all-time low, and my happiness was at a high from the compromises we had made.

My affections for Colton Caldwell had faded like the setting sun, and we had settled into a playfully flirtatious friendship, though I let it be known I had no intentions of leaving Damien. He had assumed the title of boyfriend, whether he liked it or not. I didn't know what else to call him that wouldn't sound weird, and there was no way I was going to explain he was my Dominant to people.

Weeks went by without incident. We followed each other's rules and found a happy medium to our relationship. Since we were spending more time together, my suspicions about him cheating were almost eradicated. That is, until the weekend I came over and Mistress Danica was at his house.

I should have known something was up. As soon as Damien opened the door to me, the first thing he said was, “You're to get undressed and serve my guest. I trust you to remember how to act from the dinner party.”

I nodded, quickly retreating to the classroom. (What Damien considered his classroom was actually just a bedroom with extra seating where most of our kink sessions took place.) When I passed by the living room, I glanced at the sofa in my peripheral vision. There was no one there.

As soon as I rounded the corner, my breath hitched. Danica was standing near the bed in all her blonde glory, running a finger over the comforter.