His Discarded Bride by Melita Joy 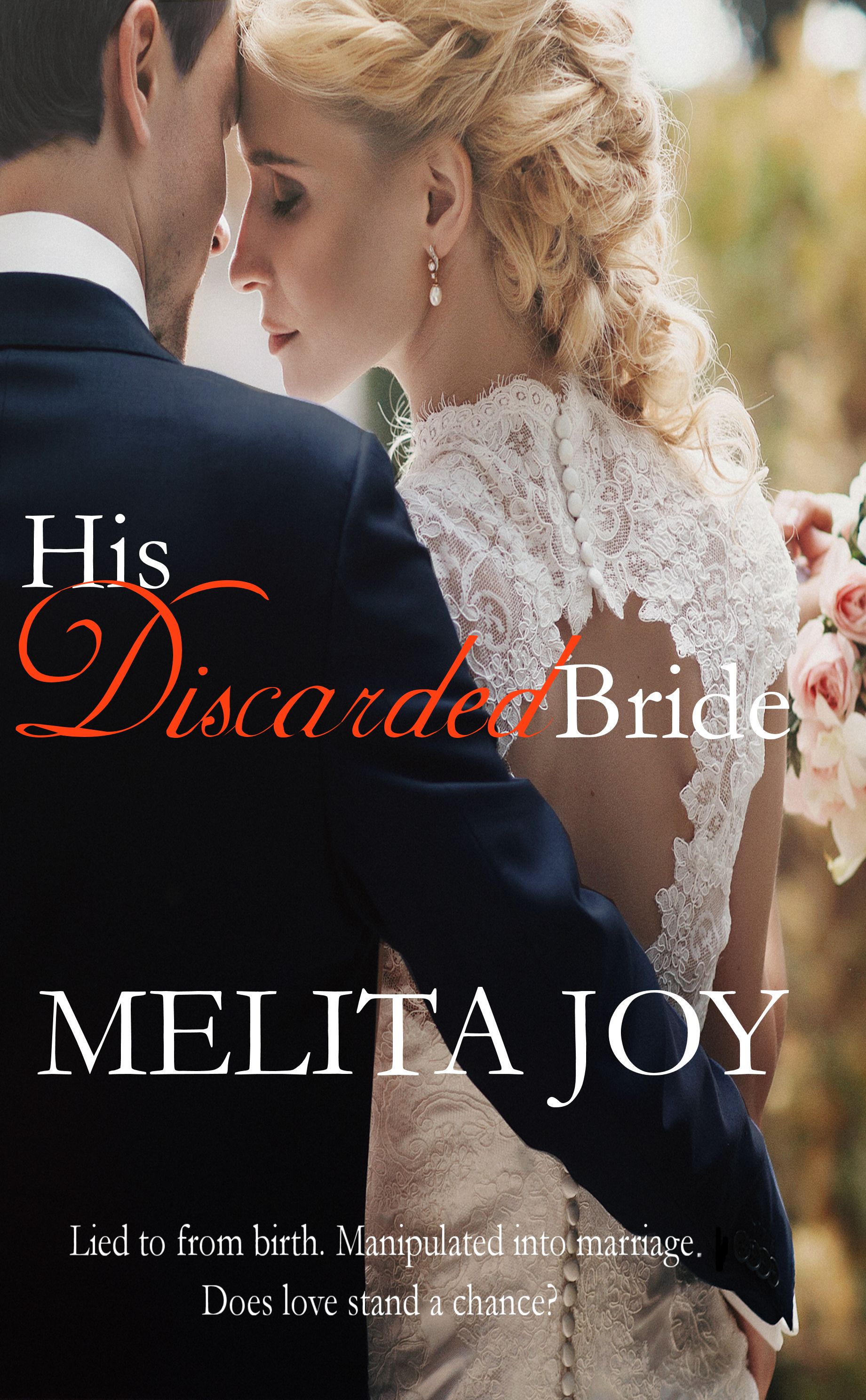 Leilani Davide has just discovered her entire life is based on nothing but lies. She travels to Italy in search of the truth.
Renato Favalli is heir to the Favalli Empire. To secure his inheritance, he must marry Leilani.
With a marriage based on lies and deceit, does love stand a chance for Leilani and Renato?


His Discarded Bride is my second book that I've self-published. It's brand new and is currently rated 35,000 in Kindle Book Store. As an author, I'm rated 2500 for contemporary romance. This is improving since I've published my second book and I expect it to rise as I do some marketing.


Red-faced, sweating, and stressed, Leilani found her seat and was struggling to get her onboard luggage up in the overhead compartment.

“Here let me help you with that.”

She barely glanced at the man, distracted by her thoughts; she mumbled out the usual thanks and wiggled into the middle seat.

The news had taken her by surprise and with her world turned inside out she’d lost no time in booking an impromptu flight to Rome. The idea was to get away, gather up her thoughts, and hopefully work up the courage to do something about the bombshell she’d just received.

Leilani was hoping to sit back and relax on the plane however it was not as she’d imagined. As she fidgeted to get comfortable, whatever preconceived ideas Leilani had about relaxing during the flight were soon put to rest. The seats were narrow, and the legroom was abysmal. It was going to be a long trip. Her high school friend Seema had organized the ticket for her and had warned her that it would be a long and arduous flight. Seema was concerned that, considering the recent events, the journey would be too strenuous for her; a notion Leilani quickly dismissed, advising that she was perfectly capable.

Leilani wished that she had been just a little bit more organized though because as per usual when she was in a rush things always seemed to conspire against her. Her good intentions hadn’t helped her to arrive on time.  Unfortunately, she’d had an inconvenient crying jag ruining her makeup. With no time to redo, she grabbed her luggage and hauled it down to her car. The boot of the car happened to choose that moment to disobey the remote control, and when she manually opened it she discovered it was full. She’d meant to clean it out but had forgotten, with everything else going on it was hardly surprisising.