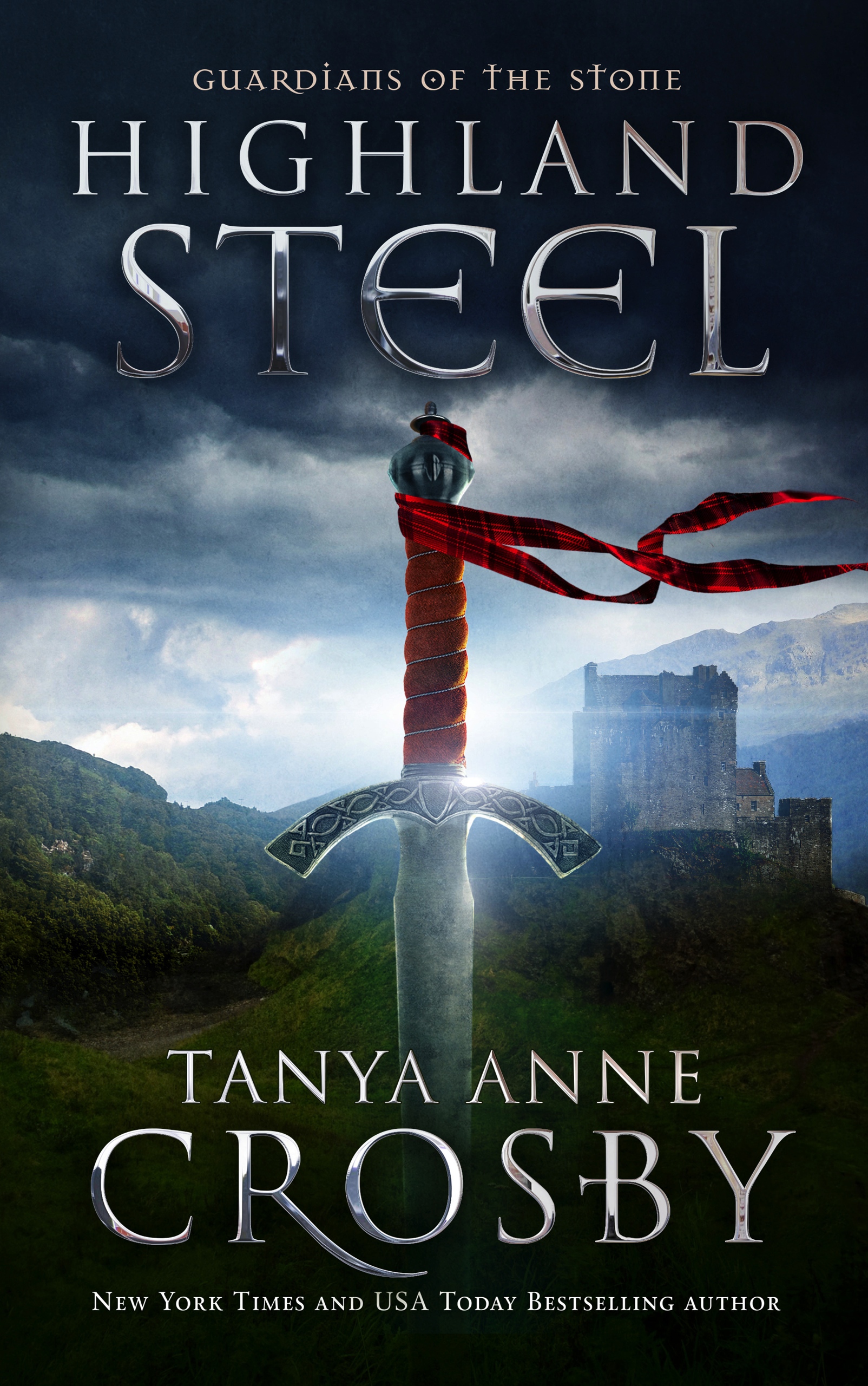 The true stone of Destiny remains hidden, but now comes a new battle to determine who will hold the sword of kings.

Defying her laird and brother, Lael of the dun Scoti clan takes up her sword to fight beside the MacKinnons to return Keppenach to its rightful heir—to Broc Ceannfhionn. She'll risk everything to keep the stronghold out of the hands of King Henry's Butcher... even her life.

They call him The Butcher, but not even Henry's henchman would hang a woman. Riding into the gates on winged fury, Jaime Steorling cuts the raven-haired beauty down from the gallows only to find himself a willing prisoner of her heart. In the end, only a bond of love between bitter enemies can bring healing to broken nations.

HIGHLAND STEEL continues the tale that began with HIGHLAND FIRE.


“I will join the fight for Keppenach.”

The lute’s melody came to a cacophonous end.

The long table had yet to be cleared, and now no one dared. Tankards froze in midair, whilst fat yellow candles in their braces burned low, flickering in the silence that followed Lael’s declaration.

Long faces peered back at one another across the table, the longest yet belonging to her brother. Aidan’s proud features were set in hard lines that were made all the more severe by the tight braids at his temples. He might not have been swathed in woad for these particular guests, but he did not come to sup without his sword in his belt—a fact that did not go unnoticed. The silver of his pommel glinted above the tabletop, polished to a shine, like a well-caressed lover. His knuckles were bone-white about the tankard of uisge he held in his hand. He was furious, she realized… but she also realized her brother would not insult their guests with a show of temper, nor would he frighten his wee bairn, sleeping so peacefully in Lìli’s arms.