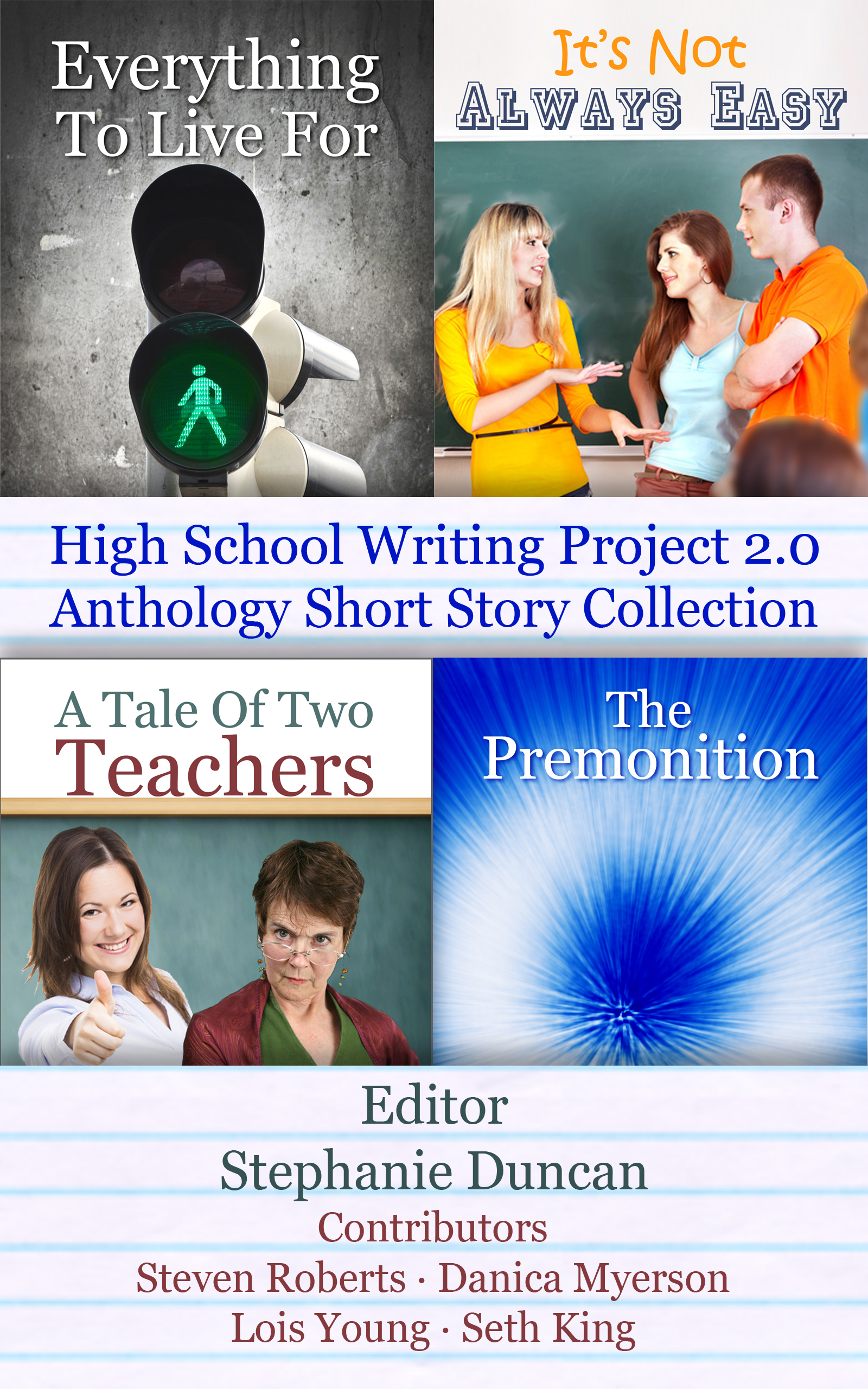 The High School Writing Project 2.0 features short stories written by high school students about teenage characters. The stories in this edition touch on a variety of subjects including teenage suicide, mental illness, superstition, romance, and ESP.

Short stories included in the anthology:

Everything To Live For by Steven Roberts – When a distraught high school senior decides to end his own life, he is surprised to meet a man claiming to be his guardian angel who shows him the effect his suicide will have on his friends, loved ones, and even strangers.

Danica Myerson contributed the following three stories set among a group of students all in the same psychology class.

It's Not Always Easy – Diane and Abby were best friends. Then Jack entered their lives. Will competition over a cute guy ruin their friendship?

What The Eye Can't See – Who would have guessed that underneath Kelly's silent, sweet personality there was a dangerous and violent girl waiting for her chance to come out?

A State of Mind – Chain letter e-mails don't mean anything. They're only superstition. Right?

The Premonition by Seth King – Greg awakens from a bad dream convinced that something awful is going to happen that day. His older sister insists that he's reacting to nothing more than an overactive imagination. Proving that his nightmare was indeed a psychic premonition will come at a terrible price.

A Tale of Two Teachers takes a humorous look back at the contrasting styles of her two sixth grade teachers.

If I Could Be Principal lays out her vision for changing her high school.

The Christmas Package tells a simple story of a life lesson learned the hard way.


One was the best of classes, the other was the worst of classes. The two women were supposedly so alike, yet they were so different. They were friends, but we knew not why.

Both of them were teachers in the same school and both of them taught the sixth grade. If you didn't know their personalities, you might assume that you were dealing with two quite similar people. You'd be wrong!

I was there. I knew their personalities. Walking into Mrs. Pine's classroom was a totally different experience than walking into Miss Wonick's classroom. (The names have been changed to protect both the guilty and innocent alike.)