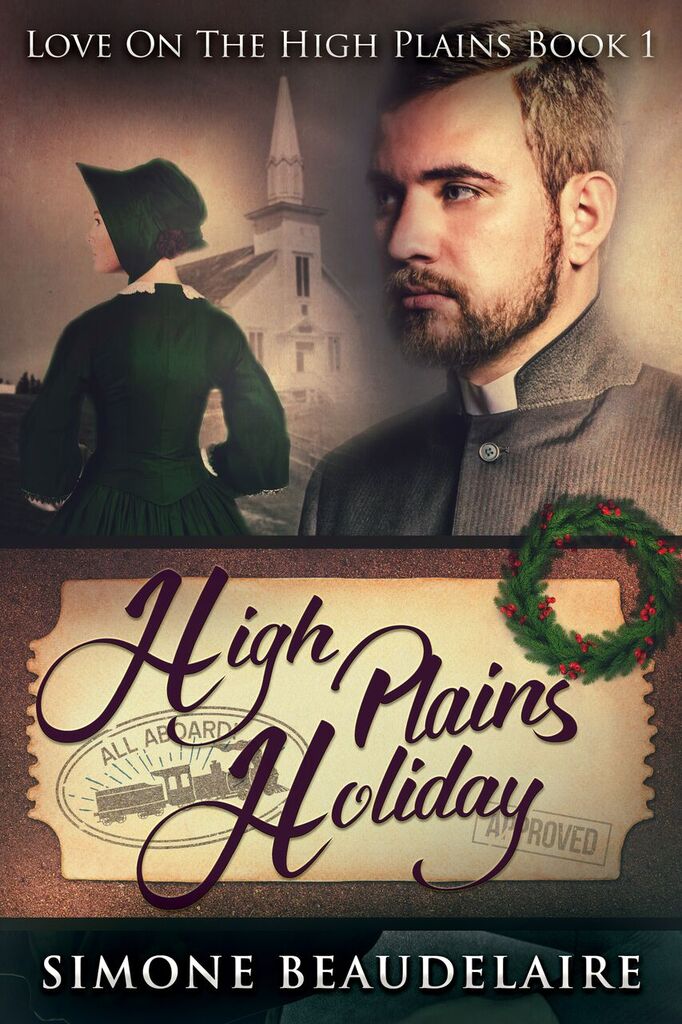 He’s young, handsome, and single. But to church organist Kristina Heitschmidt, Reverend Cody Williams is nothing but trouble. Especially as his first move is to attempt to take control of the music away from her. But Kristina is not about to give up her life’s work.

With Christmas fast approaching, it appears the two are at a stalemate. That is, until a sudden blizzard traps them together in the church overnight. Forced at last to deal with each other, they realize that the explosive feelings between them are really symptoms of an overwhelming passion that just might, if they can finally be honest, lead to the love of a lifetime.

Amazon Romance Bestseller. This is a steamy romance, and contains explicit sex scenes.

Kristina Heitschmidt hurried north along the the rutted wagon tracks to the edge of town, where an abandoned soddie doubled as a hideout and clubhouse. I’m so late, she fretted to herself, noting the position of the sun high overhead. I’m always late these days. Jesse’s sure to tease. In the last year or so, she'd been unable to drag herself away from the piano and out to play. Allison, her best friend, also took piano lessons, but unlike Kristina, she saw the hours spent slaving on the instrument as a waste of time. Time which could be better spent playing train robbers or cowboys and Indians with Jesse and Wesley. Last year, Kristina had felt the same way, but that was before the new pastor had come to town. Reverend Miller's wife, an accomplished pianist and organist, began teaching the children. Only Kristina seemed to have really taken to it though. A year later, her enthusiasm hadn't waned a bit. I love playing music as much as I love playing with my friends. How strange.

Beside the remains of a decaying barn, an odd shape loomed on the horizon, like half a massive barrel sunk deep into the soil, the prairie grass growing on every surface. The front door had long since fallen in, and it gaped like an open mouth. Kristina shuddered, even though she knew the interior would be cool on a hot summer's day. A fat black spider scuttled up the doorjamb. Ugh. Be brave, girl. They already think you're a baby. Don't act like one too. She hurried inside and squealed as Jesse grabbed her, pulling her to one side and shoving a pistol made out of a bit of bent lead pipe against her temple.

“Kristina!” Allison shrieked, pulling a black bandana down from her face. She wore a handkerchief over her blond pigtails and her blue eyes sparkled with the fun of the game.

Collection/Series:
Love On The High Plains