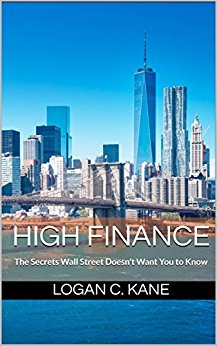 In business, there are home runs and there are singles. This is a line drive to short center field, probably a single but you can take an extra base if you are lucky. High finance is on pace to sell roughly 2500 copies this year between Amazon, B&N, Kobo, and Apple. I get a lot of sales internationally on Amazon, and I think the translated work will do well also. The stock market and investing are such universally appealing topics that I think the sales potential over time really compounds. A lot of foreign people trade US stocks also, I believe roughly 30-35 percent of the volume on the New York stock exchange is foreign on any given day. There is less competition for personal finance books in other languages also. I believe that this can be a win-win, given my lack of foreign language skills I don't mind offering this book for translation. High finance is fairly short at a little less than 40,000 words, and therefore isn't a hugely time consuming project. If you are interested, put in an offer!


Published 4 months ago, on pace to sell 2500 copies this year. I want to reach more readers! I think High Finance will sell well for years to come, due to the timelessness of the subject matter. People might not care about a lot of niche books in 3-5 years, but you can bet that people will still want to get rich!

In January of 2015, I was a 19-year old freshman at the University of Miami. Then and there, I made the biggest trade of my life, and at one point I was down about 25,000 dollars. Apple had just released the iPhone 6, and I absolutely knew it was a bigger hit than Wall Street thought it was. I went out into the options market to bet basically all the money I had ever made in stocks, about 40,000 dollars, on Apple rising more than 4 percent in 30 days, with an all important earnings report in the middle of the 30 days. I purchased the right to buy 10,000 shares at 115 dollars a share, giving me control of about 1.15 million dollars in Apple stock. I had done about 100 hours of research on every aspect of Apple, from the supply chain, to cash flow, to how many shares Apple would buy back that quarter.

I bet that Apple’s earnings report would be spectacular, and if I were wrong, I would have lost nearly all the profit I had ever made in stocks, over six years of work in one bad trade. My entire family was texting me every day with updates on Apple’s stock price. I ended up being 100 percent right, Apple crushed analysts expectations, going up 18 points in 2 ½ weeks to 133 a share by the expiration of my options, at which point the position was worth nearly 200,000 dollars. Only catch was, I psyched myself out and got scared when I was up about 20,000 after earnings, and I sold it. That’s trading for you. Trading is hard, but is also extremely rewarding. Even the best traders aren't perfect, especially not me. That said, I'd like to map out where Wall Street's minefields are so you can avoid them. I want to put you in the position where you can make (hopefully not miss out on) big gains, rather than constantly be stuck in the mud losing money.