Here There and Everywhere: The Boy with the Gifted Eyes by Avlon McCreadie

Paul is an interesting and unusual young man. He is able to see people inside out. This means that he sees personality first and then external appearances. 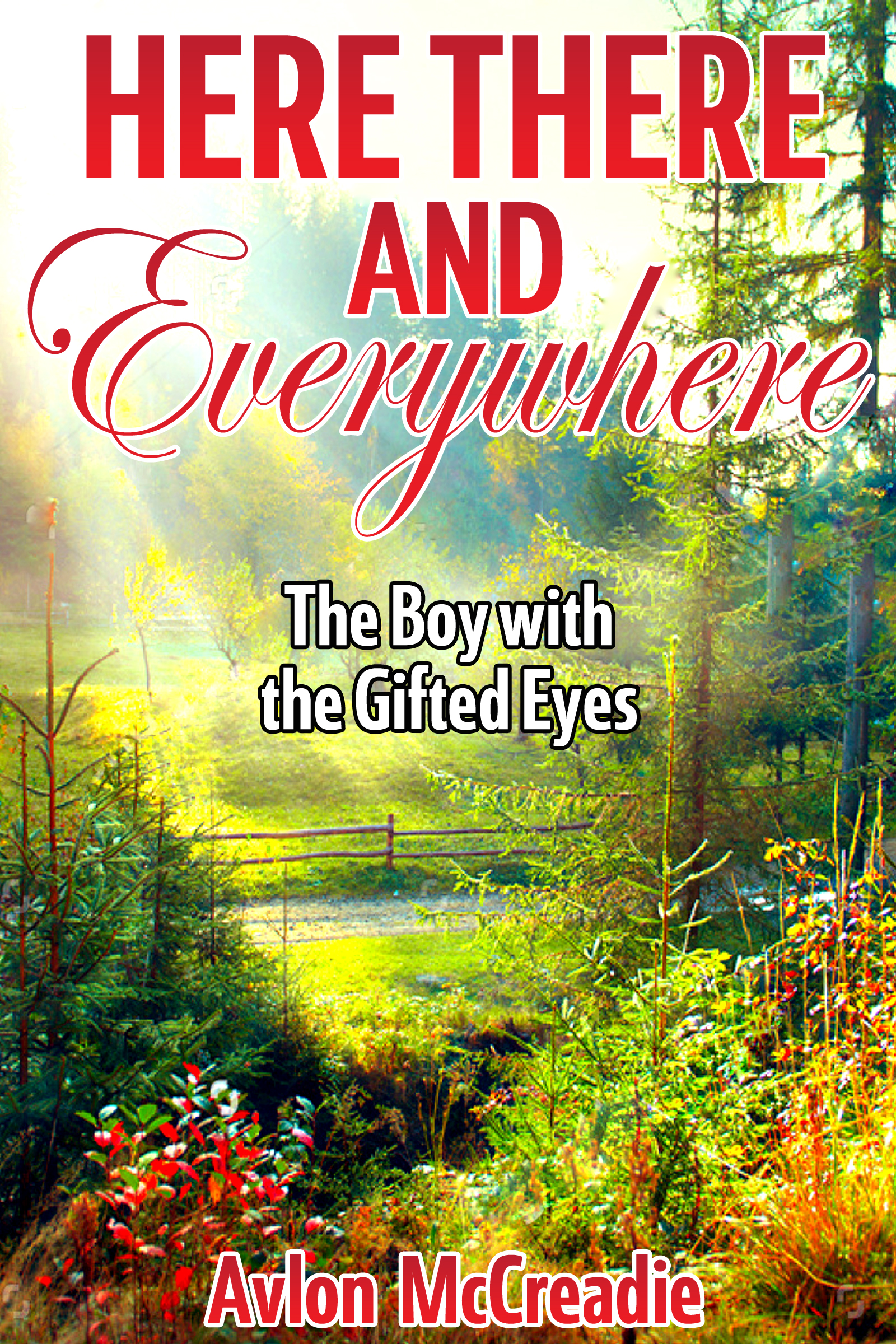 Paul is an interesting and unusual young man. He is able to see people inside out. This means that he sees personality first and then external appearances. Paul's eyes see light shimmering off good people or shadows lurking in not so good people. His circle of friends and his mother are unaware of this ability he has. But he is not alone in this. He has an unseen friend; a friend who leads and guides his thoughts as he goes through his life experiences.

Paul also has a romantic interest. The girl he is falling for, you could only fall for if you did see people inside out. She is absolutely beautiful, on the inside!

He knows he is not like other people. He knows that he always feels out of place or that something is just not right. The trouble is he can t put his finger on just what that something really is.

The biggest burden and challenge in his life is struggling with the fact that his mother does not speak. He knows that she can speak because that was the last thing his father told him before he left. She just chooses not to. What Paul doesn't know is that there was another child; a brother who died before he was born.

His best friend Johnny's brother is in jail for a crime he didn t commit. And as if that is not bad enough, he has also managed to get his girlfriend pregnant.


Okay so I’m going to tell you something. It’s a bit weird. Well, actually it’s more than a bit weird! But never-the-less it is true so here goes…I have an imaginary friend! Don’t worry, that’s not the weird part. I know many kids have them. The thing is I’m fifteen so I guess that makes me a little on the old side. But the best is yet to come. My imaginary friend is invisible! I mean I can’t even get this nonsense right! Yeah I know, you say all imaginary friends are invisible. Well, NOT to the child they aren’t!!! I can’t see my friend. I can only hear him. Now that ladies and gentleman is weird!

And here comes the worst part. I like him! I like him so much I never want him to go away! For that reason and that reason only I have never told anyone about him. Well, I have told mum, but she isn’t going to tell anyone. Oh wild. That is actually so funny it’s hilarious, and so not funny I could cry. Oh dear. You see my mum doesn’t speak. Not a single word, nothing! Zip! Not even a peep!

When I was very small, my dad left us and the last thing he told me was that Mum could speak and that the only reason she didn’t speak was because she chose not to. He said that maybe she would speak again one day. As you can imagine, that opened a door for a lot of thought crunching in my life.

Anyway, we can talk about that later. Right now, I must finish telling you about how Friend came into my life. I call him Friend because I figured that if I can’t see him then I can’t give him a real name.

It all started two years ago when I got pneumonia.