It's lonely being the queen of the dead. Hela longs for a life among the living, and a chance at love. 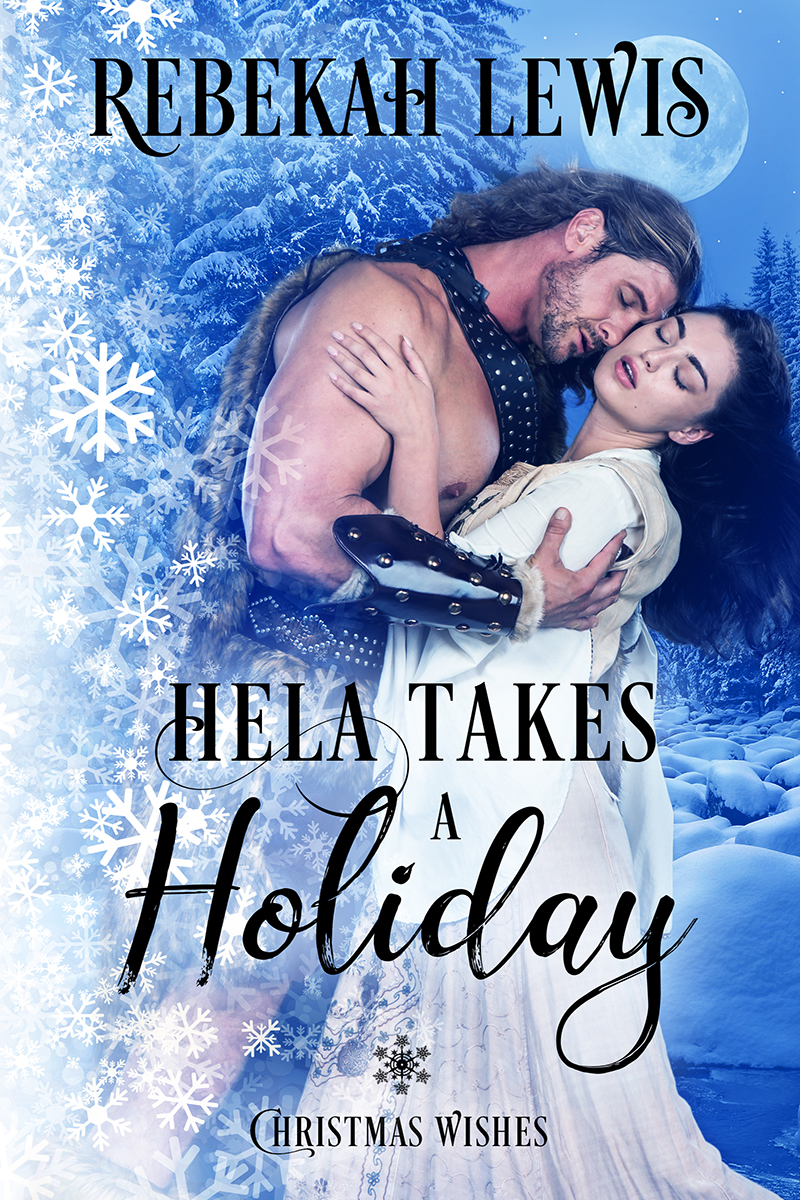 It's lonely being the queen of the dead. Hela longs for a life among the living, and a chance at love. When Loki grants her wish, she's elated…only to discover later that even a trickster god's daughter isn't safe from his deceit. How can she learn to adapt to life on Midgard if her presence disrupts the balance of life and death?

Björn the Untouchable requires a wife…but isn't in a hurry to find one. Escaping the festivities of Yule, he discovers a naked woman in the middle of the forest. Something about her isn't quite right, and having the same name as a death goddess is a bad omen to be sure. Nevertheless, he's completely enchanted by her.

Hela has only twelve days of the Yule celebration to remain human, but otherworldly threats linger. Can she find true love in the arms of a Viking warrior in the land of the living, or will she be the cause of an entire village's destruction? Only Loki knows, but he's not one to share his schemes…


Currently for preorder, but has been consistantly in the top 10 of New Releases: Viking Romance and top 100 in New Releases: Holiday Romance. It is the first book of a 6 book series by 6 different authors. Each of the 6 books takes place in a different historical era.


Everything was so much brighter on Midgard, and it was only nighttime. What would the landscape look like in the sun? "You never told me your name." She turned toward him and smiled. The man was handsome, with long, dark blond hair and sapphire eyes. His shoulders were broad, his muscles toned. Scars lightly dusted his chest above the top of his tunic here or there. One more visible than the rest followed along his left cheekbone. He was a warrior. One destined for the Valhalla in the afterlife rather than her icy home.

The twinge of disappointment seemed unfounded. She shouldn't wish to see him dead at all, but she would never see this warrior again who was so kind to her without knowing her. Not after she returned home. Loki wouldn't hesitate to put her back where he felt she belonged.

The warrior raised a hand to his chest, resting the palm over his chest, now—because she had taken his cloak—only covered by a woolen tunic and the worn leather strap of his quiver of arrows. He also had a sword strapped to his side. What had become of his bow though? She hadn't seen it. "I am Björn."

The corners of her lips twitched. Björn meant bear. He was certainly as imposing and fierce as one. "Just Björn? Not Björn the Fierce or Björn the Killer of Men?"

His eyes widened, and he barked out a laugh. Had her humor surprised him? "The Untouchable."

Before Hela could stop herself, she reached a hand out from under the warmth of the cloak and stroked her fingers down his cheek, over the scar. "Not that untouchable, it would seem."

He reached up and cupped her hand to his cheek. They were suspended there, in that moment, unblinking, barely a breath between them, before he lowered her hand from his face and cleared his throat. He didn't release her hand, however.