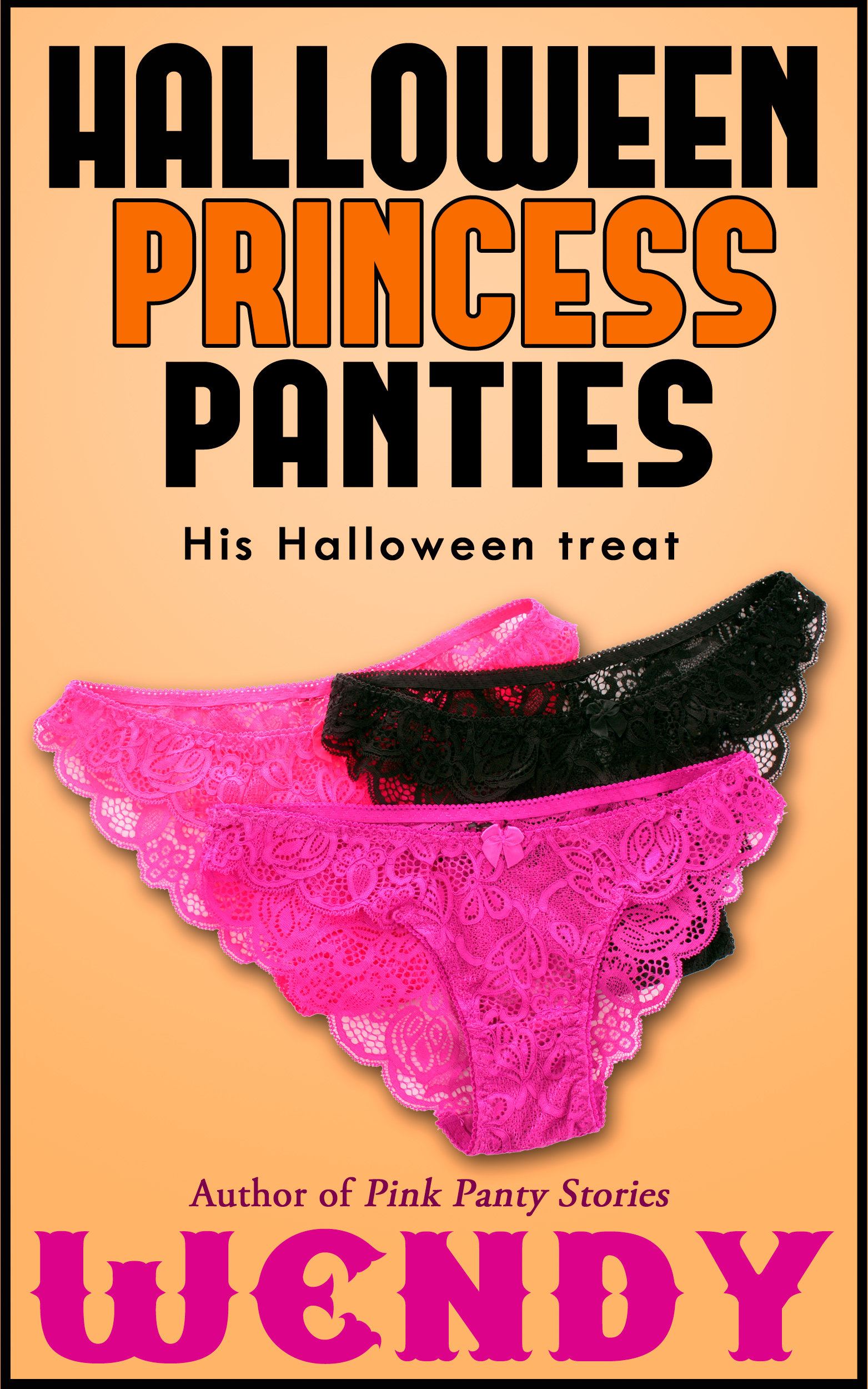 Mike's last year of trick or treating, and Mother has to go out of town for business meeting.

Fortunately for Mike, family friend Lauren agrees to take over. Mike doesn't expect Lauren to trick him into wearing her old princess costume! Yet, when he removes the blindfolds, he wears lavender panties and princess dress. And what she wants him to do when all the soda he drank hits his bladder!

She won't let him use the toilet like a boy.

An adult baby short story of surprise crossdressing sissy feminization, Halloween Princess Panties arouses your lust to experience adult baby regression for yourself. Why couldn't your Halloween costumes been so exciting?


"I won't let you see it until you're wearing it." She laughed. "Maybe not even then."

Now Mike knew his sister had really gone crazy. "How can I put it on without seeing it?"

"I'll put it on for you." She frowned angrily. "You think I enjoy this? You think I want to take you out trick or treating? All my friends are going to cool Halloween parties and I'm stuck here with YOU! So you do what I say, or I'll leave right away!"

"OK, I'm trying to have some fun. I don't want to walk around telling jokes and eating too much candy. I'm trying to make this as fun for you and me as I can -- okay?"

Mike nodded his head. He was still sure she was pulling something on him but, as usual, he was trapped into going along with it.

"But I'll be nice," Lauren said. "Drink another class of soda first."

"I'm not thirsty. I have to pee already."

"You can do that after you're in your costume. Come on, I bought those two-liters just for you."

Mike couldn't help himself. His greed for sugar let him drink two more glasses of soda, without ice.

"Close your eyes," Lauren said when he finished.

He let her put the mask over his eyes, pulling it tight behind him. He couldn't see anything even if he'd kept his eyes open. It certainly wasn't the kind of mask a guy ought to be wearing on Halloween.

"First, the socks," Lauren said. "Hold on to my shoulders so you don't fall down while I lift up your feet."