"Hacking the Afterlife: Practical Advice from the Flipside" by Richard Martini

Practical advice from the afterlife 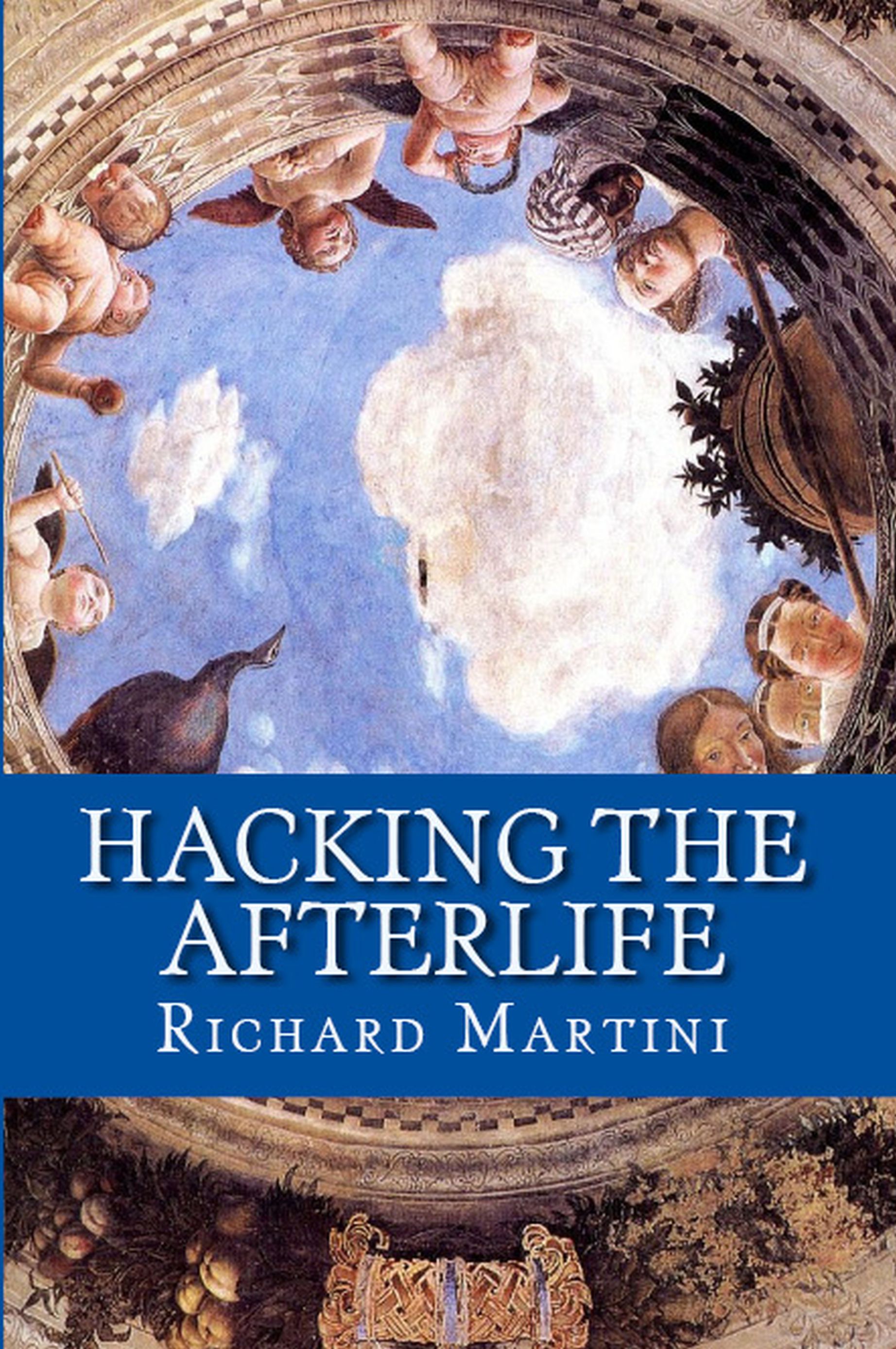 "Everyone who has ever lived continues to exist on the Flipside and if possible, can be asked direct questions." This is the startling premise of "Hacking the Afterlife" which argues it's possible to obtain "new information" from people no longer on the planet. These "afterlife interviews" are conducted via various mediums, with people under deep hypnosis, or with people fully conscious yet able to access and remember details of previous lifetimes. The reports offer practical advice ("afterlife hacks") on how to navigate our lives and improve our planet.

Best selling author of '"Flipside: A Tourist's Guide on How to Navigate the Afterlife" (also a film) and "It's a Wonderful Afterlife," (both went to #1 at Amazon kindle) frequent guest on "Coast to Coast," explores the Flipside via mediums and other methods, "interviews" a variety of people who are no longer on the planet. Interviews with someone who claims to be Edgar Cayce "sleeping prophet," three different mediums who claim to be able to speak to Amelia Earhart, "conversations" with Robin Williams, the Artist formerly known as Prince, and a number of people who claim to have known the person known worldwide as the "Alpha and the Omega." The Author explores these accounts with an open mind, and invites the reader to do the same. Quotes for the book from the people who were interviewed:

*"This book will have people questioning their own disbeliefs and belief paradigms. It's a translation of the ethers." Edgar Cayce via medium JenniferShaffer.com

*"Good luck to you for making the unbelievable claim that there even is an afterlife. " Howard Schultz, friend who passed away recently.

*"They should read your book if they want to fly. It makes the reader open up. It's beautiful written music, Rich." The Artist formerly known as Prince Rogers Nelson.

*"Two words; "Love, Love." The key ingredient for happiness is to love the love; love love, and then send it to everything." Robin Williams via Jennifer Shaffer.

* "Lift this book to your soul. And see what your soul has to say. Hearing the words from the book; don't judge it, just listen to your spirit. It will guide you and tell you that the "unthinkable" is real. Laughing is the best medicine. Don't waste time trying to dig up things." Amelia Earhart (who proves in this book that she died in Saipan during the war)

*"More people will be changed by your words than the ones who can't hear what you're saying. It is a challenge frequency that always hurts initally." From the person known as the Alpha and the Omega.


Richard Martini is the best selling author (amazon) of "Flipside" "Its a Wonderful Afterlife," and "Hacking the Afterlife." Frequent guest on "Coast to Coast" radio (6 times) he's also appeared on Gaia TV talking about afterlife research.  "Hacking the Afterlife" went to #1 at Amazon in its genre the day after his latest appearance on Coast to Coast with George Noory (12/2016).  His film "Flipside" is a documentary that is distributed by Gaiam/Universal and available online.  He's written and/or directed 8 theatrical feature films. This is his fourth book.


A “Life Hack” refers to “any trick, shortcut, skill, or novelty method that increases productivity and efficiency, in all walks of life.”[1] Or in this case; “and beyond.” I’ve been examining near death experiences, between life hypnosis sessions, out of body experiences and speaking to mediums and others who report relatively the same things about the afterlife.  These reports point to the conclusion; that we don’t die, that those who’ve gone before us are accessible on the other side of the veil. I’ve been filming people under deep hypnosis for a decade and I’ve expanded my research to include people who’ve had near death experiences, as well as interviewing people who appear to be able to communicate with people no longer on the planet. At some point, by asking questions about a person’s “memory” of a past life, I realized people appear to be able to access and explore a “between lives realm” without being under hypnosis at all.  The unusual premise of this book is that what or who we are as individuals does not disappear upon our demise and this bundle of “what we are or were” is still accessible to our loved ones back here.  Reportedly, our core essence doesn’t turn into bits of fairy dust and vanish after death, nor does our life’s energy drift into a Jungian pool of unconsciousness. These reports claim our “life energy” moves from this reality into another “reality,” reportedly like walking from “one room to the next.” Like using the transporter room from a Star Trek episode. Of course, our physical bodies eventually dissolve, turn to ash. But the energy does not; as the “law of conservation of energy” argues in physics. Reportedly, our energy exists here during our lifetime, like a smaller piece of a holographic image.