Gwenllian ferch Gruffydd, the Warrior Princess of Deheubarth by Laurel A. Rockefeller 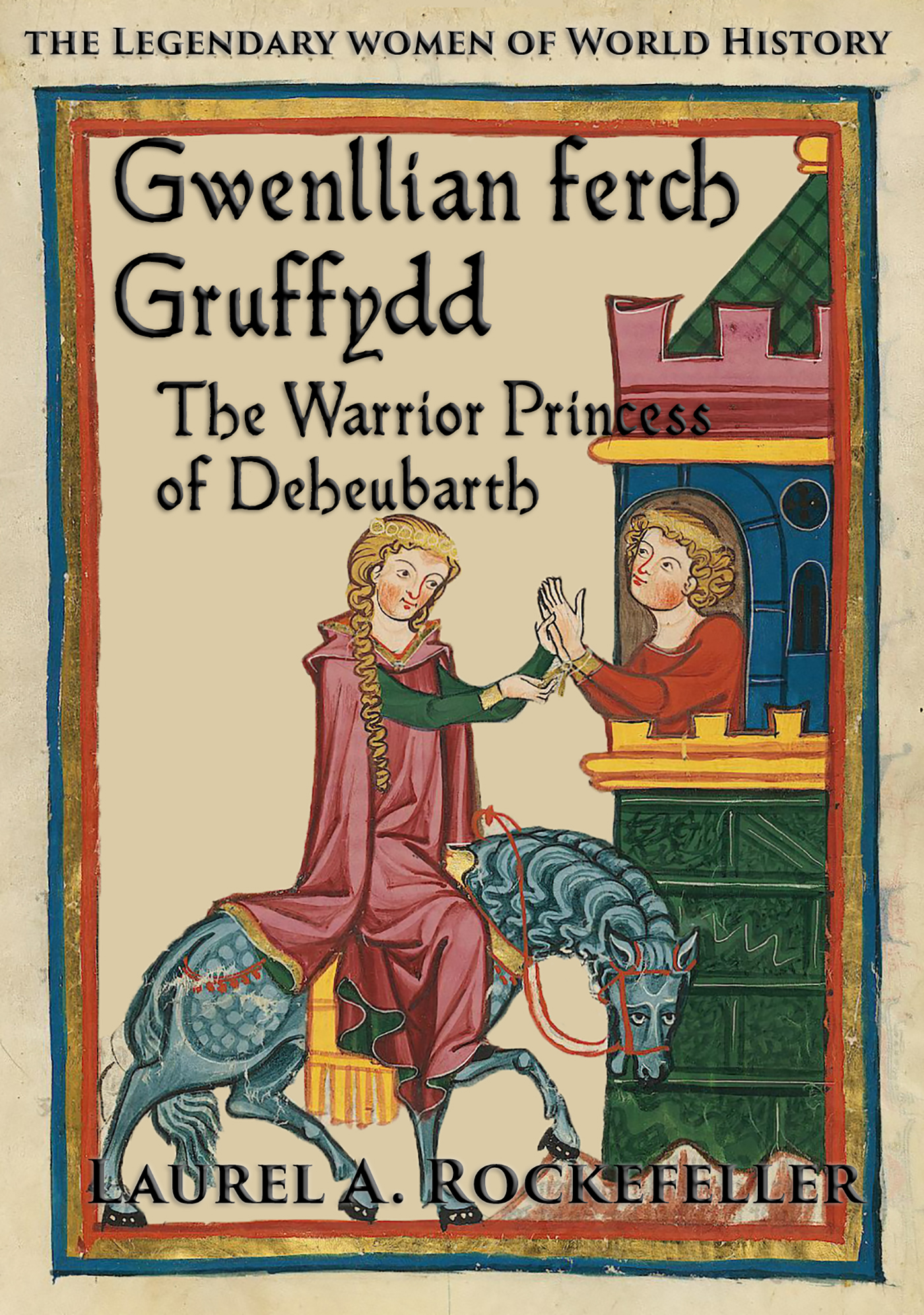 Born in 1097 in Aberffraw Castle, Princess Gwenllian ferch Gruffydd ap Cynan was always destined for great things. As daughter to one of Gwynedd's greatest warriors she grew up strong and passionate -- more than a match for her older brothers.

At sixteen Gwenllian's life changed forever when she fell in love with Prince Gruffydd ap Rhys, the beleaguered heir to Rhys ap Tewdur of Deheubarth. Together husband and wife fought for and ruled southern Wales, challenging the Norman Conquest of Wales and proving once and for all the nobility and courage of the Welsh people, a courage that endures across the centuries and lives in the heart of every Welsh man, woman, and child.

Includes an extensive timeline covering over 400 years of Welsh and English medieval history.


Three nights later Prince Gruffydd found himself unable to sleep.  Dressing himself in the dark he put on his warmest cloak and headed into the main courtyard for some fresh air.

The sky above him glistened with stars that seemed especially bright after the storm that greeted him before.  In the starlight stood a lady with red hair neatly braided down her back and covered only with a simple circlet.  Gruffydd approached her, “Noswaith dda, f’arglwyddes.”

“You do not cover your hair like most ladies do,” observed Gruffydd.

“Cymraes ydw i.  I have no need for English fashions.”

“They say even the great ladies in Scotland wear the veil.”

“The nobles of Scotland care more about money than they do honour.  The Normans bought them.  You cannot buy me.”

“Spoken like a true lady of this land,” smiled Gruffydd.

“Aberffraw is my home.  I need no other.”

“Well said, f’arglwyddes.”  Gruffydd took a step closer to her, “May I beg your indulgence and inquire of your name?”

Gruffydd fell to his knees, “F’arglwyddes!”

“Ydw.  How long have you known my name, Your Highness?”

“It is not hard to guess who you are, Gruffydd.  And since your brother’s gait is impaired by his injuries it is only logical that you would be the heir to Rhys ap Tewder’s throne.”