History and legend combine in the gripping tale of Hakon Haraldsson, a Christian boy who once fought for the High Seat of a Viking realm. 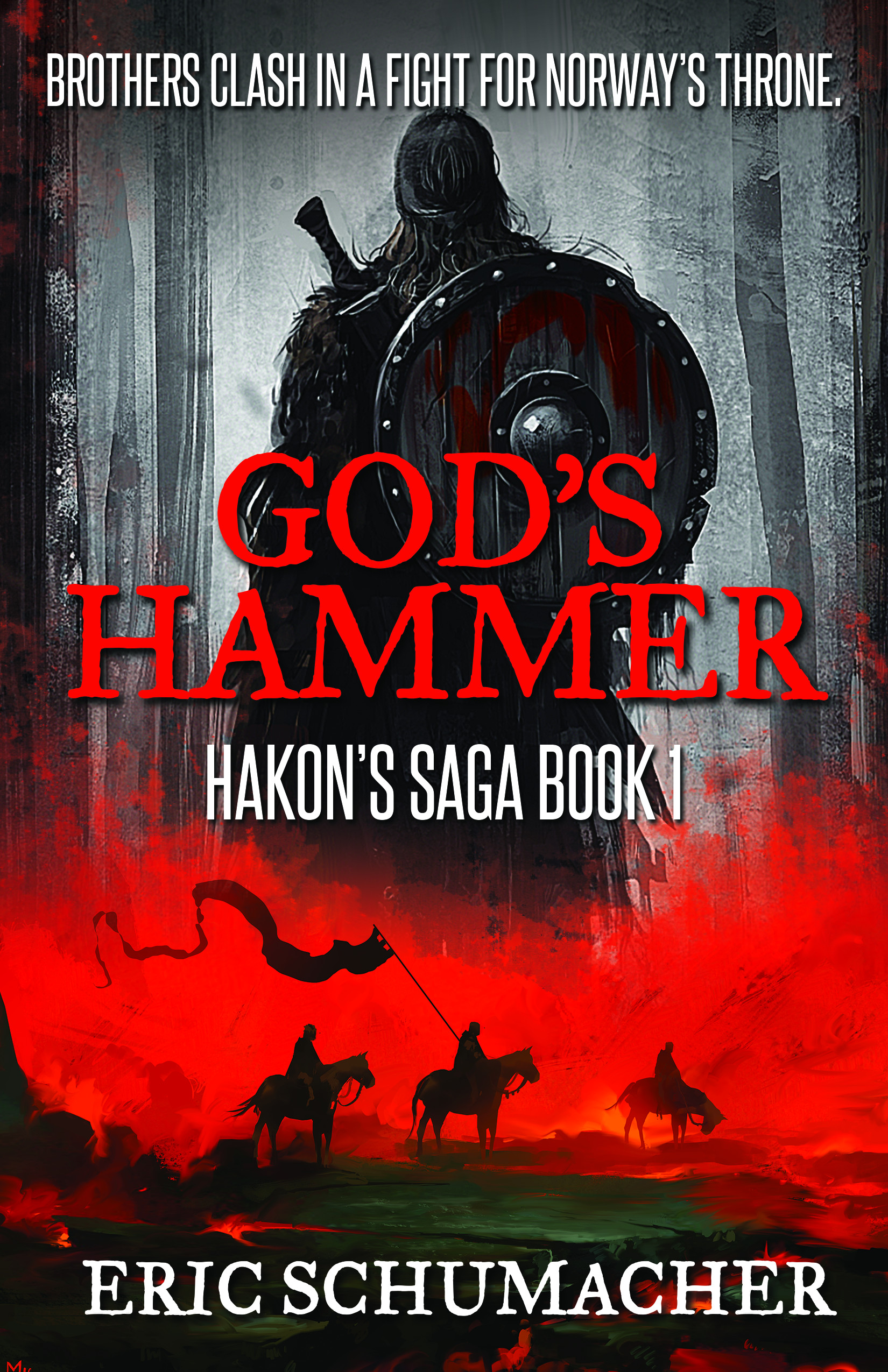 History and legend combine in the gripping tale of Hakon Haraldsson, a Christian boy who once fought for the High Seat of a Viking realm.

It is 935 A.D. and the North is in turmoil. King Harald Fairhair has died, leaving the High Seat of the realm to his murderous son, Erik Bloodaxe. To solidify his claim, Erik ruthlessly disposes of all claimants to his throne, save one: his youngest brother Hakon.

Erik's surviving enemies send a ship to Wessex, where the Christian King Athelstan is raising Hakon. Unable to avoid his fate, he returns to the Viking North to face his brother and claim his birthright, only to discover that victory will demand sacrifices beyond his wildest nightmares.

I was swept up in the action and enthralled by the descriptions of Hakon’s struggle. -Roundtable Reviews-

I highly recommend this historical fiction novel, both for its entertaining story and historical information. -Historical Fiction Review-

There were five of them, floating in the air like wraiths, their necks bent where the ropes had broken them, their decaying skin black and oozing on their bones. Open mouths and hollowed eye sockets gaped at the dark water below their dangling feet. Ravens sat on their stiff limbs, picking at the rotting flesh with sharp beaks. As the ship glided slowly through the fog, more corpses appeared, hanging from the jetty gallows a man’s height above the murky water.

Hakon shut his eyes tightly to block out the horrible sight. But it was too late; the corpses appeared behind his closed lids like ghosts materializing through a wall.

“Open your eyes, boy,” Hauk reprimanded him. “There is nothing to fear here. These have gone on to meet the Alfather at Valhall. At least they did not die abed.”

Hakon did as he was told and squinted from beneath his sandy bangs.

Hauk glared down at his cargo. “Then act like one. The princes that I know do not cower at the sight of death.”