A story about a woman obsessed with animals and the trouble it causes her. 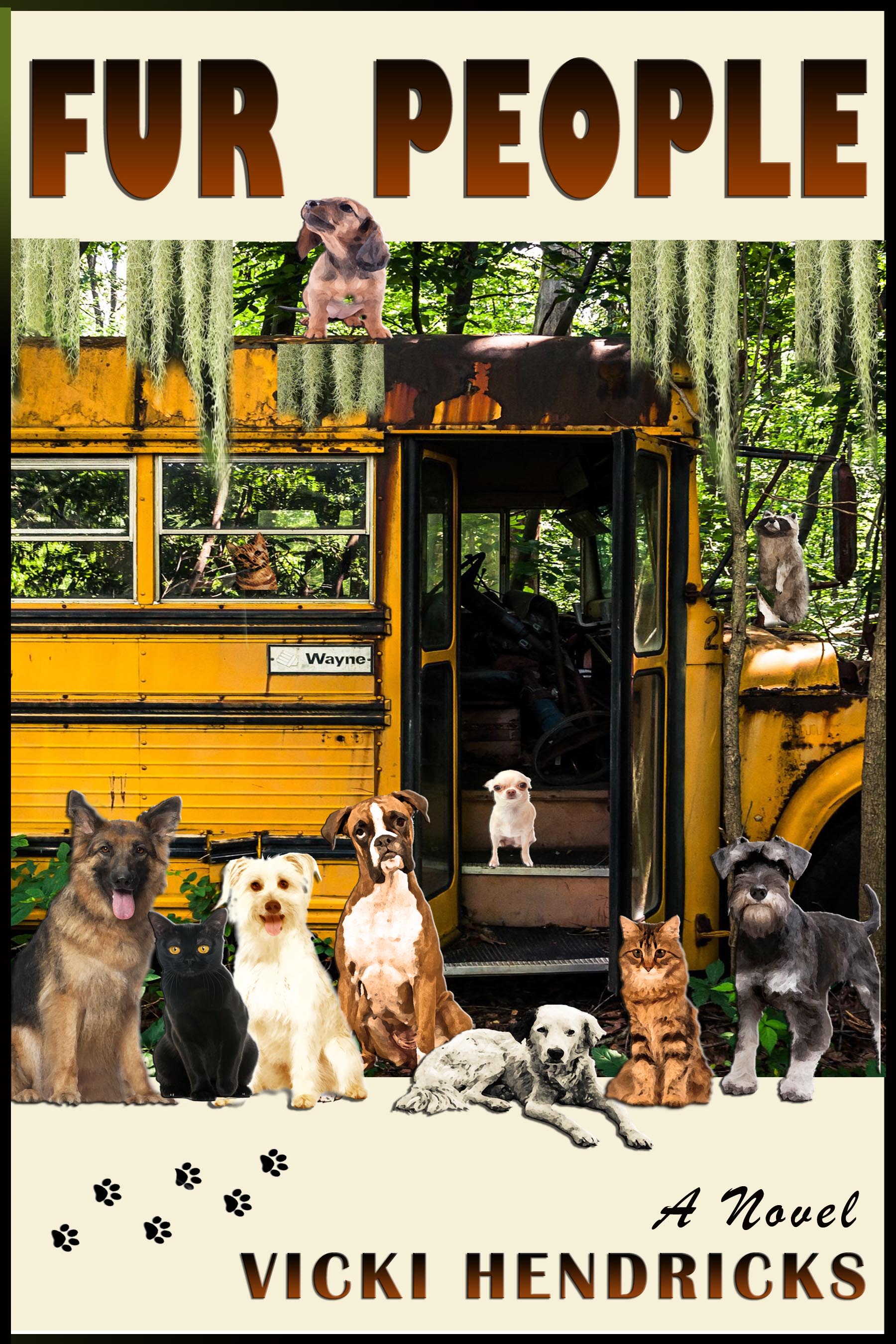 A story of animal-human interaction, both dark and humorous. When Sunny Lytle is evicted for keeping her fur family of thirteen dogs, eight cats, two ferrets, and two rabbits in her apartment in Kentucky, she packs them into a converted school bus and returns to her hometown, DeLeon Springs, Florida. Her dream is to create a no-kill animal rescue, but survival soon takes top priority. The woods is no longer the peaceful haven of Sunny’s teen years, and the brutal demands of nature and the threatening intervention of Rita, a well-meaning veterinarian, create an ongoing struggle. Buck, a quirky homeless man, becomes her brave ally.

To honor their memories, all animal names used in the novel are of deceased fur friends beloved by their families. True anecdotes of animal-human interaction enliven the scenes.

“A fierce and fearless talent.”—Dennis Lehane, author of Mystic River

“Hendricks may be the least commercial but most literary of Florida crime writers.  . . . Her stories evoke Flannery O’Connor and Erskine Caldwell.”—Booklist.

“This Vicki Hendricks is one wild dame. She goes places the rest of us have never been, don’t even know the way to; and she comes back with stories that prove that everyone’s lonely, everyone’s trying, and everyone’s human. Even when they’re not.” –S.J. Rosan, author of The Shanghai Moon.


Fur—soft, musky, warm—Sunny’s love of it, and the animal beneath, was physical and hardwired. To bury her fingers in the undercoat behind a shepherd’s ears or tilt the snout of a dachshund and massage the silky groove between his eyes brought bliss. She’d tell anyone, fur people were her people.

She was pretty enough to be loved by young men her age, but she didn’t need them. Mostly they lacked understanding. Now curled on the couch, amid purrs and dog snores, soothed by the luxury of fur, she drifted toward sleep . . . walks finished . . . cleaning done . . . food in the cupboard . . .  In a dream, koalas and tiger cubs melded. She danced with upright deer and rested in the lap of a ragged grizzly.

Loud knocking jerked her awake. Cats’ eyes opened wide, and a dozen dogs leapt up and sprinted, barks ripping through the apartment like a pack of firecrackers. Rufus, the huge shepherd, lunged to stand with his forepaws on the windowsill, his thunderous woof echoing. The orange tabby, Mr. Manx, sprang from Sunny’s lap onto the coffee table, and Pancho, the hairless Chihuahua, stood shivering on the arm of the couch.