Caught in a limbo where she is both hunter and hunted, Erika's life changes the day she meets Patrick, a British teacher. 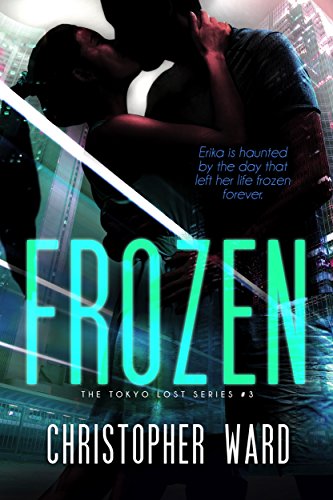 The day Erika's life came crashing down. Still haunted by the tragic events of that day, Erika drinks to forget, stumbling through life forever on the verge of disaster. Caught in a limbo where she is both a hunter and the hunted, her life changes the day she meets Patrick, a British teacher dealing with problems of his own, both at home and in Tokyo.

For Erika and Patrick to find love together, they must first face the demons of their past.


Frozen isn't a huge seller but it sells a few copies here and there.


The car was back again.

A black saloon, Nissan or Toyota—Erika wasn’t the best with car models—it sat with its engine idling outside a noodle shop at the end of the street. Standing at the crosswalk, with the car sitting at the curb a few shops down on the opposite side, Erika paused with her can of chu-hi halfway to her mouth.

The tinted windows revealed not a hint of a driver. Erika narrowed her eyes, concentrating on details she might need to remember if she dared go to the police. Puffs of smoke coughing out of its exhaust suggested it needed an oil change. The slightly lazy angle in to the curb, the back wheels protruding out into traffic: a sign of carelessness or overconfidence; a gangster or a drunk, a man in a hurry. The rear passenger door on her side had a glint that could be a dent, or equally it could be the reflection of something farther up the street.

She glanced back at the concourse of Amerika-Mura and the elevated train tracks out of Ueno Station rising above it, leaving the rows of market stalls in its shadow. Tokyo buzzed there, crowds of strolling people picking out gaudy t-shirts or bargaining for fish roe and fresh crabs. Safety in numbers, enough faces to allow her to blend in or disappear, but the car had shown up for the third time this week and she wanted to know if it was following her or not.