For The Love Of A Widow by Christina McKnight

After years spent following her husband as he fought against Napoleon’s troops, Lady Lettie Hughes returns to London as a widow to take her place in Polite Society as the daughter of an earl. When nightmares of the battlefield plague her, she’ll find a se 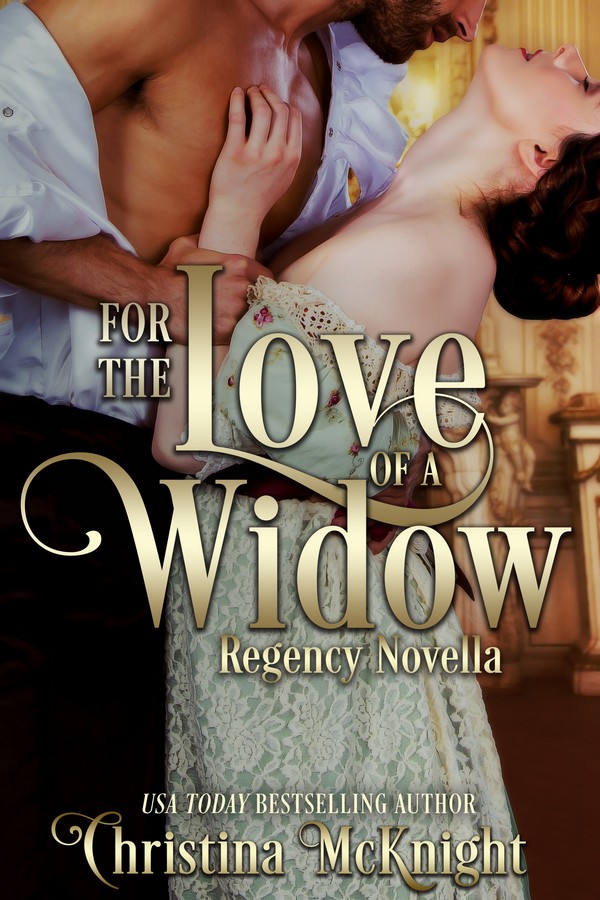 A widow scarred by love and loss…

After years spent following her husband as he fought against Napoleon’s troops, Lady Lettie Hughes returns to London a widow to take her rightful place among the ton as the daughter of an earl. Her parents and friends expect her to enter the Marriage Market and secure the match she should have pursued in her debut Season. But Lettie is not the same innocent girl she was before Waterloo. Nightmares of the battlefield plague her, and she doesn’t see a place for herself in society anymore.

A lord determined to save the woman he loves…

Daniel Greaves, the Duke of Linwood, is a man who knows rejection and loss. He’s lived the last six years alone, after the woman he was betrothed to cast him aside for another man. Instead of taking control of his title and lands, Daniel fell into a life a debauchery—gaming, women, and spirits. But now the woman who stole his future and left him hollow is back in London.

When Lettie and Daniel are reunited, their connect burns as bright as it once did. But neither of them are the same people they were in their youth—they must trust one another to heal the wounds of their past to find a love that lasts forever.

Daniel brushed his knuckles against his palm as he glanced down at his attire and hastily smoothed his hands over his rumpled coat. The movement caused him to sway slightly as he steadied his stance.

“Hiccup.” Blast it all, but he despised ending his afternoon entertainments early to accompany Lady Lettie to yet another overly crowded ball, only to stand forgotten while she spoke, laughed, and danced late into the night. He’d done his best to avoid several afternoon entertainments over the last fortnight, including a garden party and a musicale recital.

The woman was his betrothed. She should, at the very least, see to him before wandering off to socialize with the other debutantes making their grand coming out in London.

It was exceedingly possible Lettie wouldn’t notice his less than proper garb or his tardy arrival.

Thump, thump, thump. He pounded the door once more as a resounding pain moved from his clenched fist and up his arm to settle in his stiff shoulder.

Could it be that Lord and Lady Percival, with their daughter in tow, had already departed for the soiree when Daniel didn’t arrive at the requested time?

He sniffed. It would be his luck to have disentangled himself from the lovely, raven-haired opera singer and dealt with her wrath, only to hurry to Carrolton Hall to find that his evening obligations and presence were no longer needed.

Which was in line with how Daniel had felt of late: unneeded, unwanted, and thoroughly disposable. His man of business and estate stewards at his various properties had no use for his attendance to keep his residences and business ventures turning tidy profits.

Leaving Daniel to spend his time—and money—however he saw fit.