Ten months in a moon colony seem like an eternity if you know you shouldn’t be falling for your guardian… but just can’t help yourself. 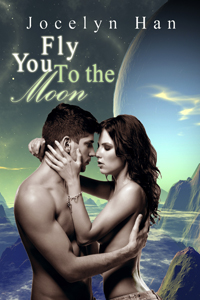 After her father’s death, the last thing Ava Windsor wants is to leave Earth and move to an Elite colony on the moon for the next ten months. Nicolas, a half-uncle she doesn’t even remember meeting, is to be her custodian until she reaches the age of twenty-one. Until then, she is not allowed to touch the money her dad has left her. Being the only child of a disowned Elite father and a common mother just got a lot more complicated.

But surviving among the Luna Six Elitists who treat commoners as servants should have been the least of Ava’s worries. Nicolas Carter is nothing like she expected. He condemns the Elite lifestyle, he is a lot younger than her father, and he is definitely way sexier.
Ten months on the moon seem like an eternity if you know you shouldn’t be falling for your guardian… but just can’t help yourself.

The second book in this series is currently being translated into Greek.


Ava narrowed her eyes when a tall, black-haired man dressed in plain, black clothes appeared at the end of the platform. He looked around searchingly and then locked eyes with her. A dull sense of disappointment grew in her stomach when the man started toward her and she realized Uncle Nicolas hadn’t even bothered to show up himself. He’d sent one of his servants. Her disappointment turned into excitement when he drew closer, though – the guy coming toward her was drop-dead gorgeous. This could prove to be very interesting. Suddenly, living on the moon didn’t seem so bad after all.

“Hello,” the guy addressed her, stopping right in front of her. “Ava Windsor?”

Ava got up from her bench to shake his hand. “That’s me,” she confirmed. “I take it Nicolas Carter sent you?”

He cracked a smile, his green eyes framed by dark lashes looking at her in surprise. “Not exactly,” he replied. “I am Nicolas Carter.”

Ava stared up at him, pretty sure her mouth was hanging open in complete astonishment. Whenever she’d thought of her father’s half-brother, she’d imagined some middle-aged man sporting a black beard and a bit of a belly – definitely not the tall, muscular, handsome guy with wavy, dark-brown hair and emerald-green eyes standing in front of her. The last time she’d seen Uncle Nicolas, she’d been five, and the guy had seemed ancient, but pretty much everybody had seemed ancient at that age.

“You – you’re Uncle Nicolas?” she stuttered.

“Okay. Nic.” She gulped down the lump in her throat. “I had no idea you were so – young.” And sexy, she added in her mind.