A short Filipina meets aliens and space and is drafted into the Navy as a fighter pilot. 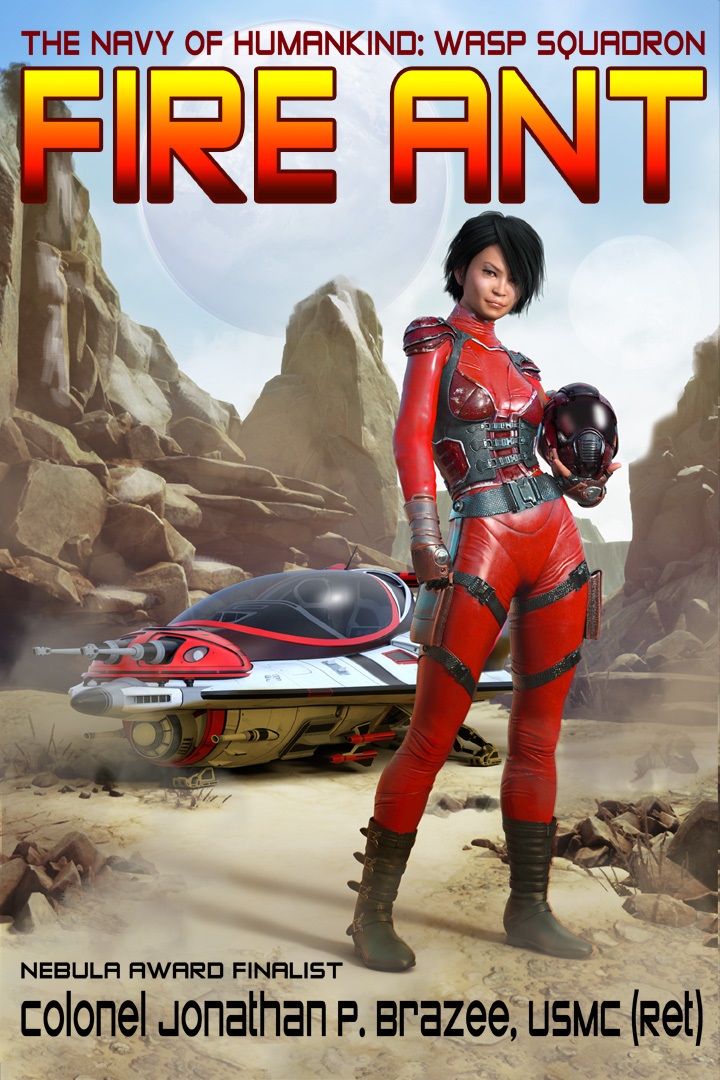 Floribeth Salinas O’Shae Dalisay is an Off-Planet Worker, employed as an exploration pilot by the giant corporation, Hamdani Brothers. Sent on a routine mission to analyze one of the millions of systems in the galaxy, she stumbles across something that could threaten humanity’s very existence. She barely escapes with her life, but in the process, has to shut down her scout’s AI.

As with all OPWs, she has few rights, and instead of being lauded as a hero, the corporation thinks she is lying. Her managers believe she found something valuable and shut down her AI in an attempt to hide that fact, hoping she can sell that information to the highest bidder. Grounded, and with a huge debt now over her head, Beth has to convince the powers that be that a very real danger to humanity is lying in wait out there in deep space.


Book sales have been good, earning into the five figures.  It broke into Amazon's Top 1000 upon release.

This book was a 2018 Nebula Award Finalist.


“Well, Satan’s nuts, girl, you’re a fucking hobbit!” the woman said, folding up her screen and swinging her legs around to sit up at the edge of her bunk.

Beth stared at the woman—her new bunkmate—and a spark of anger began to blossom within her.  She’d just put up with a ration of shit from the master chief, and she sure as hell wasn’t going to put up with any more from this . . . this shaved-headed freak.

PO2 Hamlin had impossibly bright red hair—on half of her head.  The other half was shaved, leaving a tiny bit of stubble in geometric patterns. She had three huge rings piercing her right nostril and one running through both her upper and lower lip on the right side of her mouth.  Beth wondered for a moment if she’d stumbled into the wrong quarters and the woman was a civilian tech, not a naval petty officer.

“Don’t stand out there gawking, girl; get your ass in here and let me look at you.”

She jumped out of the rack, and Beth saw her new roomie was almost as short as she was.  The woman pulled Beth by the arm into the space, and the hatch closed behind them.

“Hell, turn around,” she said, physically turning Beth away.

Beth was about to protest when she felt her bunkmate’s butt up against hers, then her hand pressing down on the top of her head.

“I fucking knew it.  I’ve got at least four centimeters on you.  I’m no longer the squadron sandblower,” she said, turning a bewildered Beth back around.

Collection/Series:
The Navy of Humankind