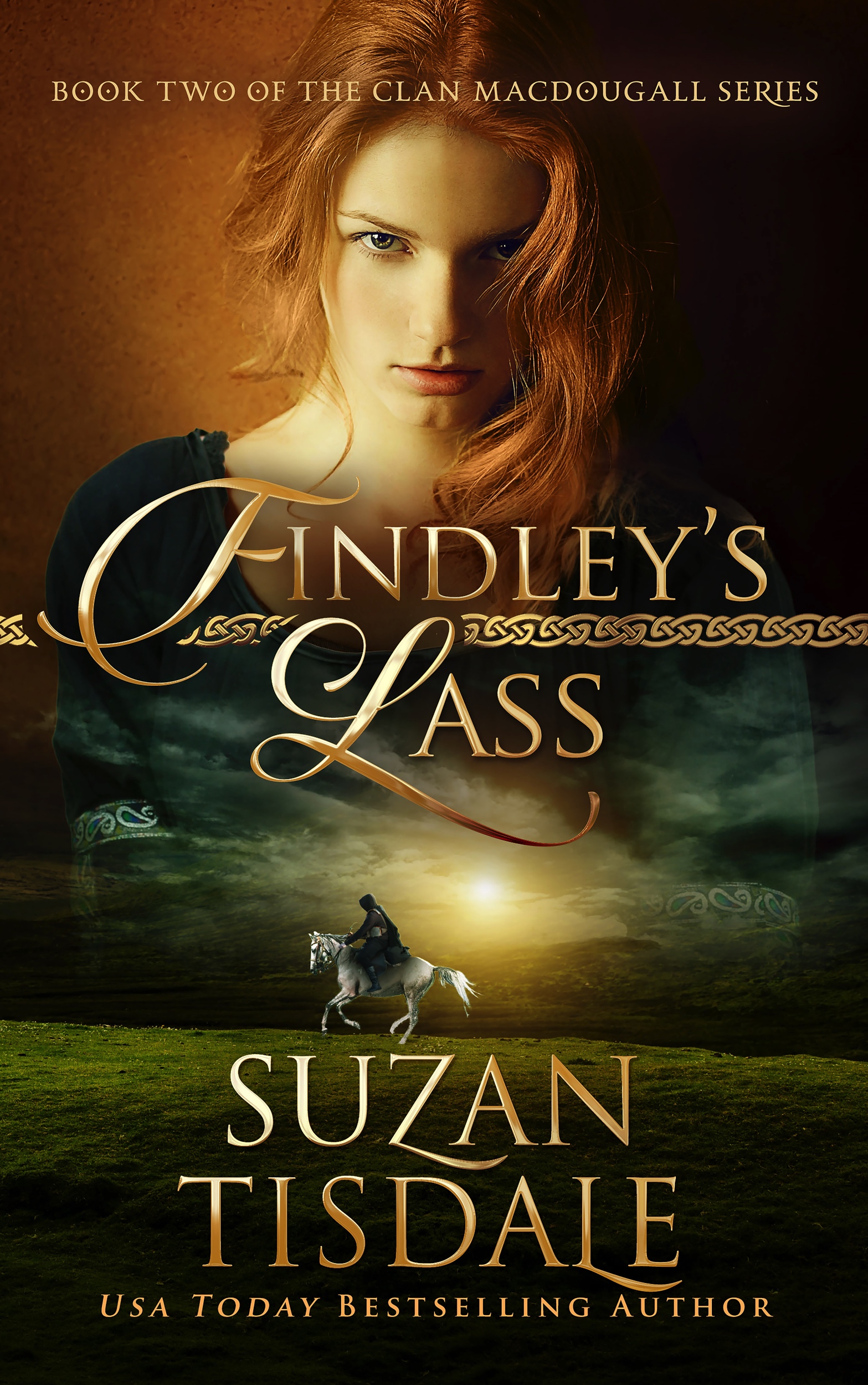 She had won his heart without trying… and he can only hope for a chance to win hers.

When Findley McKenna returns after his battle with the English to offer Maggy Boyle a home amongst his clan, he finds only death and destruction instead of the young widow who has stolen his heart. With only his faith, his Highlander heart, and a bit of bloodied plaid to cling to, Findley vows he will find Maggy and her sons, no matter what hell he must endure.

How can she place her trust or her heart in the hands of a man she barely knows and maintain her freedom while keeping her secrets hidden?

Maggy has many secrets. Secrets that if uncovered, would tear her family apart. Fearful she'll be forced into another loveless marriage, Maggy is able to keep her identity hidden and her family together for three long years. But after her home is destroyed and her young son kidnapped, those secrets begin to unravel, one agonizing thread at a time. How can she place her future, and that of her sons' in the hands of Findley McKenna, a man she barely knows? And what would he think of her should he learn the truth?


Findley's Lass has been on Amazon's top 100 Best Sellers List since its release in 2012.

’Twas not long after the heather had bloomed that Findley McKenna and three of his men left Castle Gregor on their journey northeast. Had they been on horseback, and not driving heavy wagons, they could have arrived at their destination in three short days instead of the five it was taking them.

The sun shone brightly in the bright blue autumn sky. A whisper soft breeze caressed the deep crimson, gold and purple trees that spread across the Highlands. No other season was as beautiful as autumn in the Highlands, well, other than winter, spring and summer.

Although there was plenty of time before winter would arrive, Findley was quite eager to get to the reiver camp before the fall rains set in. It was difficult enough making their way across the lands by wagon in good weather and he had no desire to travel through mud and muck with wagons hopefully full of people.

For days now he had been quietly mulling over in his mind what he would say to Maggy. He needed to convince her, and what remained of her clan, to return to Castle Gregor with him. He prayed that she and her people would be glad for the offer of a safe and permanent home.

It had taken very little effort to convince his chief and the clan council that this small band of people was in serious need of assistance. Findley had appealed to the chief’s strong sense of honor and duty toward the less fortunate, but he had personal reasons for wanting to bring them back. He was quite certain that he had fallen in love with the beautiful mother of five. That or he had lost his mind altogether.