One Man’s Quest for Righteousness

Living to be Righteous Born into a cult Maxwell White believed, in his youthful vigor, that he undoubtedly lived a fully righteous life. 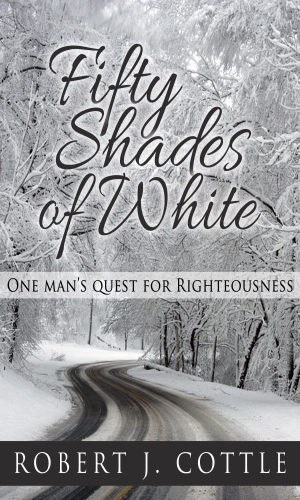 Living to be Righteous Born into a cult Maxwell White believed, in his youthful vigor, that he undoubtedly lived a fully righteous life. In his early twenties, however, Max found himself excommunicated and abandon in an evil world. Like a caged bird released to the wild and with no rulebook to guide him Max was compelled to learn experientially what it meant to live a righteous life pleasing to God and to be part of His Church. Through often unseen direction Max’s varying shades of perceived righteousness eventually gave way to a Spirit-led, God-given, standard most whiter than white. Founded on a single conviction that Jesus had cleansed him of his sins, Max’s life morphed into a redeemed position – an adopted son of God the Father living in His Kingdom. Max’s life culminates with him progressing through the time of the end, the demise of the USA and the rise of the Antichrist and being taken up at the rapture with the ingathering of the saints. A modern day ‘Pilgrim’s Progress’


Introduction – Why Fifty
Shades of White?

Let's deal upfront with the elephant in the room. Yes, this is a Christian book and yes, I am aware that there is a very earthly book with a similar title relating to a different color. And no, I've never read the Grey book, and nor do I intend to, but I have reviewed the plot – an innocent young woman is drawn into an ever deeper complexity of sexual depravity under the adept manipulation of a certain Mr. Grey. The only true similarity between that book and this is the title and in our case an increasing level of relationship with God.

While researching for another Christian book I had planned to write, the Holy Spirit revealed to me that there is often a substantial gap between God’s standard of righteousness and that of many Christians and, dare I say it, whole Christian churches. Why is it, for instance, that some Christians are accepting of aborting infant babies or having an openly gay pastor while others abhor the very thought? Now those are extreme illustrations, for sure, but at the other end of the scale, we find those who, under the guise of being righteous, forbid any contact with unbelievers and essentially live their earthly lives in communal isolation. Meditating on these examples led me to ask the following questions: