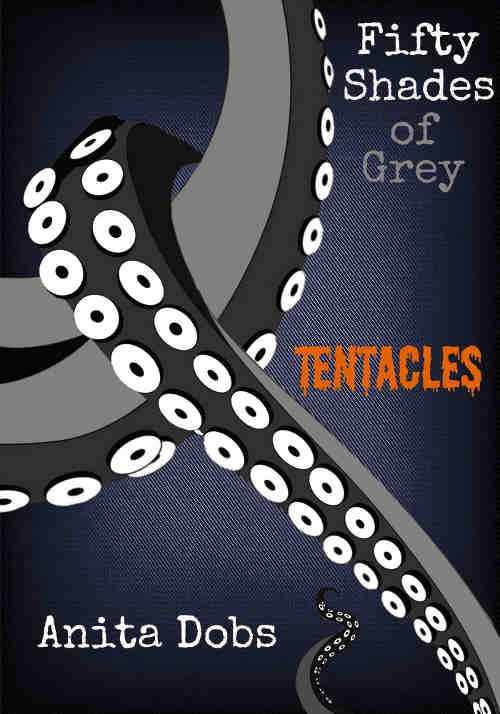 Mr. Grey, a handsome billionaire, has a deep and dark secret though (no, not the one you're thinking of, another deep and dark secret.) Having taken on many a submissive before, he finds there is something different about Elle, something that intrigues him. Not sure whether to confide everything in Elle and trust her, the pair however embark on a sexual journey that will take Elle to her extremes, and will force Mr. Grey to make a decision that could result in his ruin...

Warning: Although this is a work of parody, it is also a work of erotica that contains graphic sexual scenes of tentacle sex, tentacle bondage, S&M and humor!

“Mr Grey, I think I should warn you, I'm an independent strong willed woman, no man tells me when to sit.”

“Further more, although I am hot, it doesn't mean I'm not exceptionally intelligent also.”

Grey was taken aback by my boldness, but I could see he was impressed.

“Erm, OK, so shall we get this interview started?”

“Mr Grey, do not attempt any sexual innuendo with me!” I warned him.

Grey raised his eyebrows, those attractive eyebrows covering those predatory eyes of his. He'd deliberately not looked at my tits even once in the twenty seconds I'd been in the room, and was now toying with me, trying to break down my will. I was fighting it tooth and nail, but I could feel myself squirming in the chair in front of him, as he walked across the room with his truly fine muscular billionaire buttocks protruding from his pants.

“Look, Miss James, I'm not making any sexual innuendo's and feel it would be highly inappropriate anyway.” He said, obviously trying to cover-up his gross error of judgment, “Why don't you just ask me the questions you have prepared.”

The truth was, I didn't have any questions prepared. I'd not had time, so I asked him the first thing that came to mind as I got my notepad and pencil out of my bag, while crossing my legs seductively.

“Mr Grey, how would you initially go about seducing me... I mean seducing any attractive woman?”