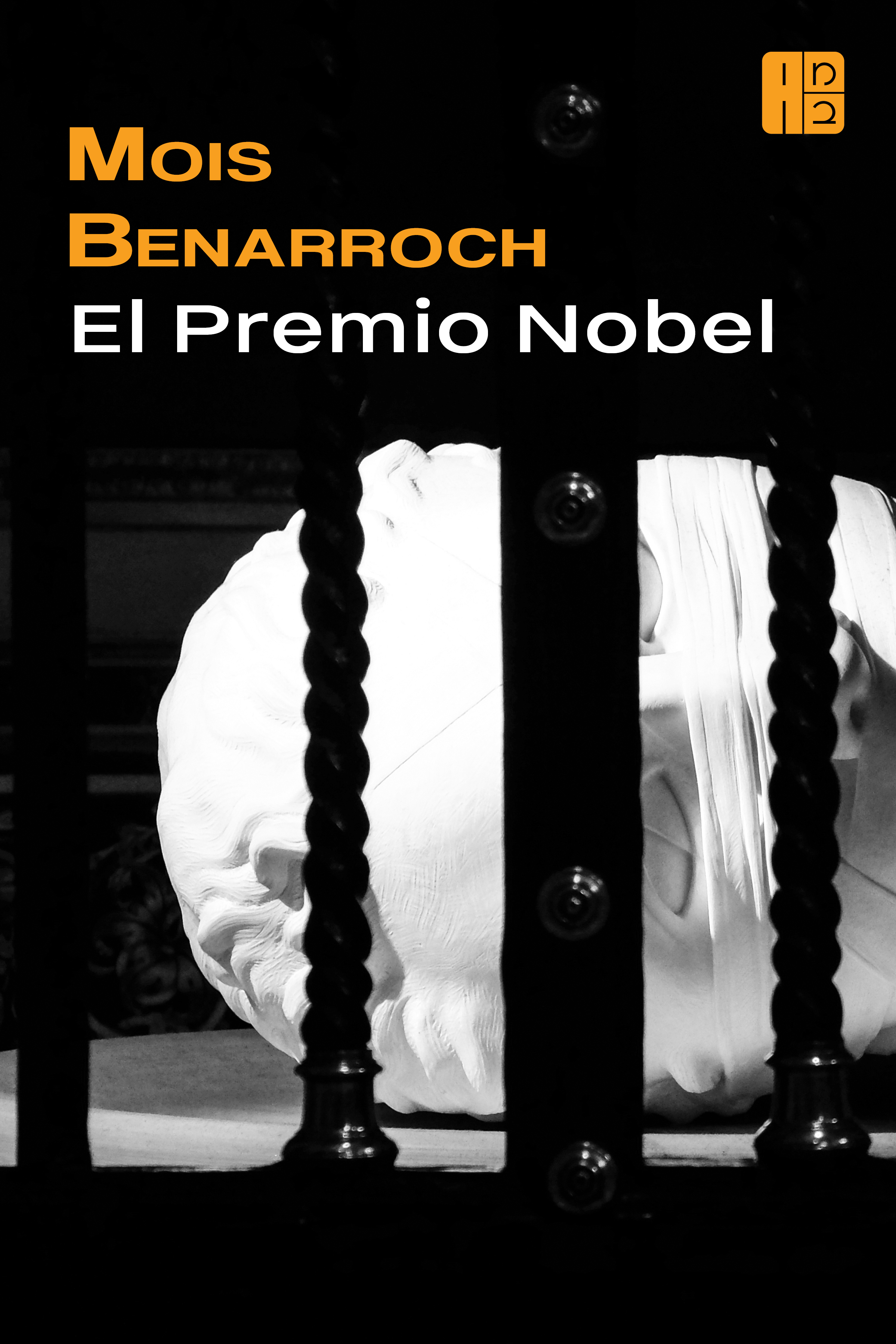 A group of Hispanic writers in the city of Irxal. Years later a somewhat successful and rather controversial writer from the group discovers that one of them is in a mental institution, his illness is peculiar and unknown to his psychiatrists: he becomes one of the characters of his books every new day. The writer becomes obsessive about his transformations and goes to visit him almost every day, until the day he is awarded The Nobel Prize.

This is what Azorin award winner Spanish writer Javier Perez had to say about the novel:

"Writing and madness are never too far away, and some of the greatest writers of all time have been unbearable types settled on a logic at least doubtful.

The Nobel Prize, Mois Benarroch forces us to follow through humor, irony and satire and crude acidity through the ravings of a writer who has admitted himself to a mental institution and one of his friends, who he is interested in trying to decipher the keys to his mentality and his work.

As neighboring theme, or perhaps central, doubt between popularity and good work, the desire to write for someone without actually bowing to the tastes of the public, a public increasingly less interested in thinking about anything, and jealousy among writers, who systematically lie to one another about publishing, contracts and the number of copies sold of their latest work.

Despite its brevity, in the Nobel Prize we can be find nurses having fun with the quirks of their patients, aliens seeking sex with any living creature, wives who doubt whether literature is a profession or a pretext and all kind of characters, some real and some fictional, punctually fulfilling their roles in the farce, disappearing at the right time.

In my opinion, although the book wants to look like a humorous entertainment, is a tremendous complaint wrapped in laughter, perhaps because saying it straight to be too crude.

It reminded me of lost illusions, of Balzac, with key Sephardic humor."
Javier Perez in http://www.criticadelibros.com/tag/el-premio-nobel/ book review


With The Nobel Prize, award winning Israeli poet delivers his first full novel in English, his poetry has been widely read and spread and anthologized in The U.S. and speaking countries, to a public who is hardly aware of his novels, some of them published by leading publishers in Spain (Destino, Escalera) and Israel (hakibutz Hameuhad, Bimat Kedem), while aside Benarroch has also had a fruitful independent literary career. So, until the big publishers take notice, for the first time a novel by Mois Benarroch, for Kindle readers.

Hailed as one of the leading Israeli poets, Benarroch´s poetry has been published in a dozen languages, including Urdu and Chinese. Julia Uceda considers that Benarroch holds the memory of the world in his poetry, while Jose Luis Garcia Martin thinks that his poems are more than poetry, they are a document. A witness of his time, Benarroch started writing poetry when he was 15, in English, and has always written in his mother tongue Spanish. When he was 20 he also added Hebrew to his poetry languages and he has published six poetry books in Israel. This collection includes all Benarroch's poetry translated into English or written in English and all his books The Immigrant's Lament, Take Me To The Sea, Horses and Other Doubts, The Day The Jihad Destroyed Berlin, The Teachings Of Baraka.
"If I had a nomination vote for the nobel prize he'd be in the running." Klaus Gerken, Ygdrasil editor.
Mois Benarroch was born in Tetuan/Morroco and lives in Jerusalem. He writes poetry and novels. His books have been published in Israel, Spain, U.S.A and Portugal. His works have been translated to 15 languages. He was awarded the Prime Minister prize for writers in 2008, and the Yehuda Amichai poetry prize in 2012.