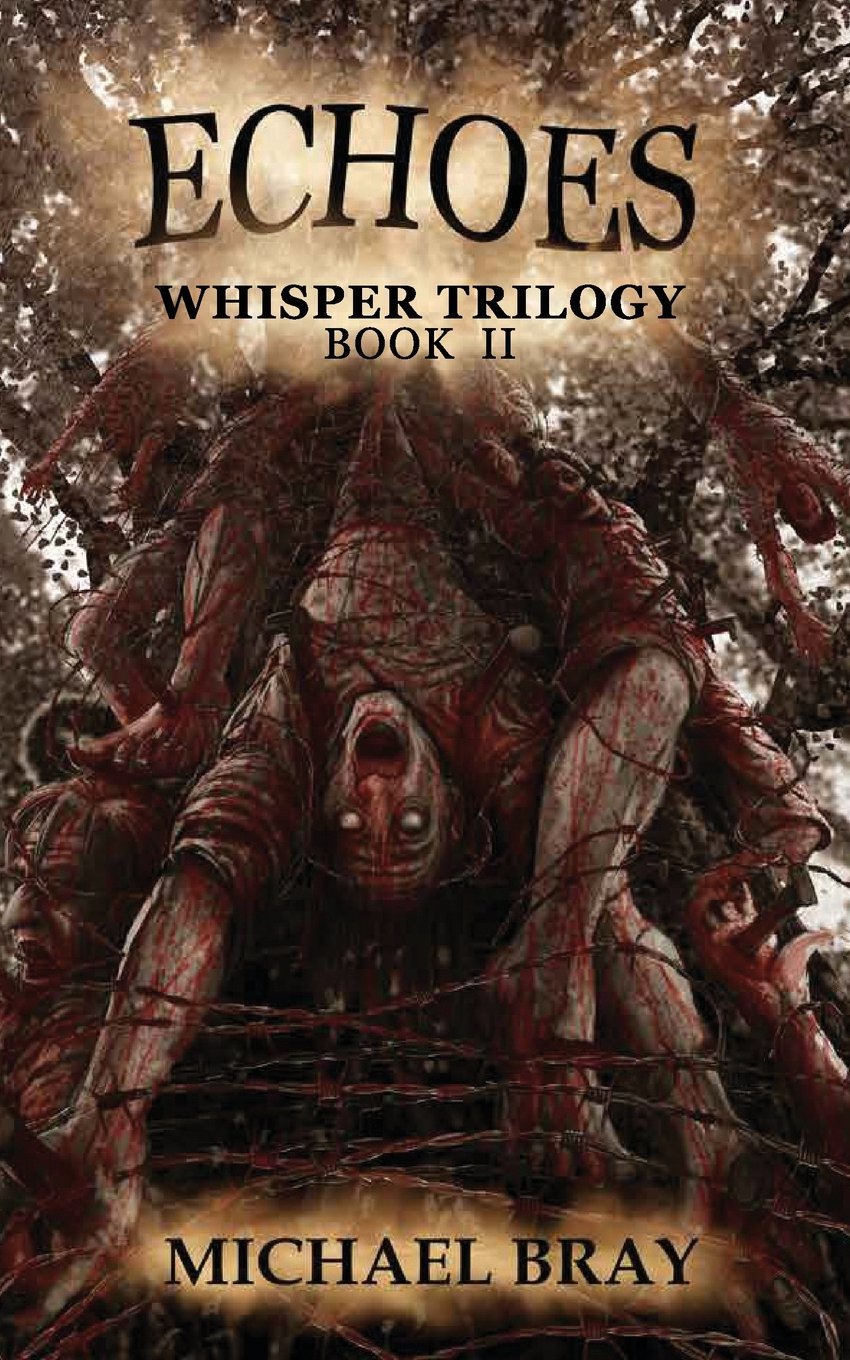 Seven years have passed…
...since the fire at Hope House. Despite surviving, the lives of Steve and Melody Samson have changed for the worse. Steve has become a virtual recluse, while Melody is consumed by guilt, and sees in their son a constant reminder of the man Steve used to be.

The town of Oakwell…
...has become a tourist hotspot for paranormal enthusiasts, eager to learn more about the 'Hope House Haunting', becoming everything the residents of the once sleepy town fought so hard to prevent.

Ambitious town councillor…
...Henry Marshall has an idea to turn the unwanted attention on the town to his own advantage, by building a hotel on the site of Hope House.

As construction begins…
...the evil within Oakwell forest stirs. Influenced by the powerful Gogoku, Marshall becomes consumed with the need to draw Steve & Melody back to Oakwell, no matter the cost…


Echoes is the sequel to the best selling novel Whisper and was released a year after the first book and immediately topped the amazon chart for Horror in the US and UK, consistently prforming inside the top 10 and like it's predecessor receiving a string of fantastic reviews and reader praise.


Abandoned in the summer of 1987, Ridgewell hospital for the criminally insane had been left to rot as the city grew and prospered around it. During its peak of service it housed eighty staff who were charged with caring for its three hundred residents. Now, almost three decades after its closure, the building was a filthy, graffiti covered shell, it’s gardens overgrown with thorns and hip high yellow grass, it’s  once pristine whitewashed stone walls  now broken and crumbling.

Deep inside the bowels of the building, Dane Marshall crept through the darkened corridors which were littered with mildew covered matresses, drug needles and empty cans left behind by the homeless wretches who had over the years taken shelter within the building.

“Here we are in the recreational area, where at one time, the residents of the hospital would be left together to share in their madness,” he said as he glanced over his shoulder to his cameraman, an overweight, olive skinned New Yorker called Sean Lemar. Sean adjusted the camera on his shoulder, better framing the green hued host in his night vision glory.

“We here at Paranormal Truth are the only investigation team to be granted access to the long forgotten corridors of Ridgewell hospital, and we intend to try to communicate with the spirits of those who died here and still roam the halls in perpetual limbo.” Dane whispered as the duo crept deeper into the pitch black hospital, their breath pluming in the freezing air.

“We’ve heard reports this particular wing has been a hotbed of paranormal activity. And it’s here we intend to record our EVP sessions. Already tonight, we….”

Dane paused, and stared down into the impenetrable darkness.

“Did you hear that?” he whispered over his shoulder.