Earl of Grayson by Amanda Mariel

They stand not only to lose their reputations, but more importantly, their hearts. 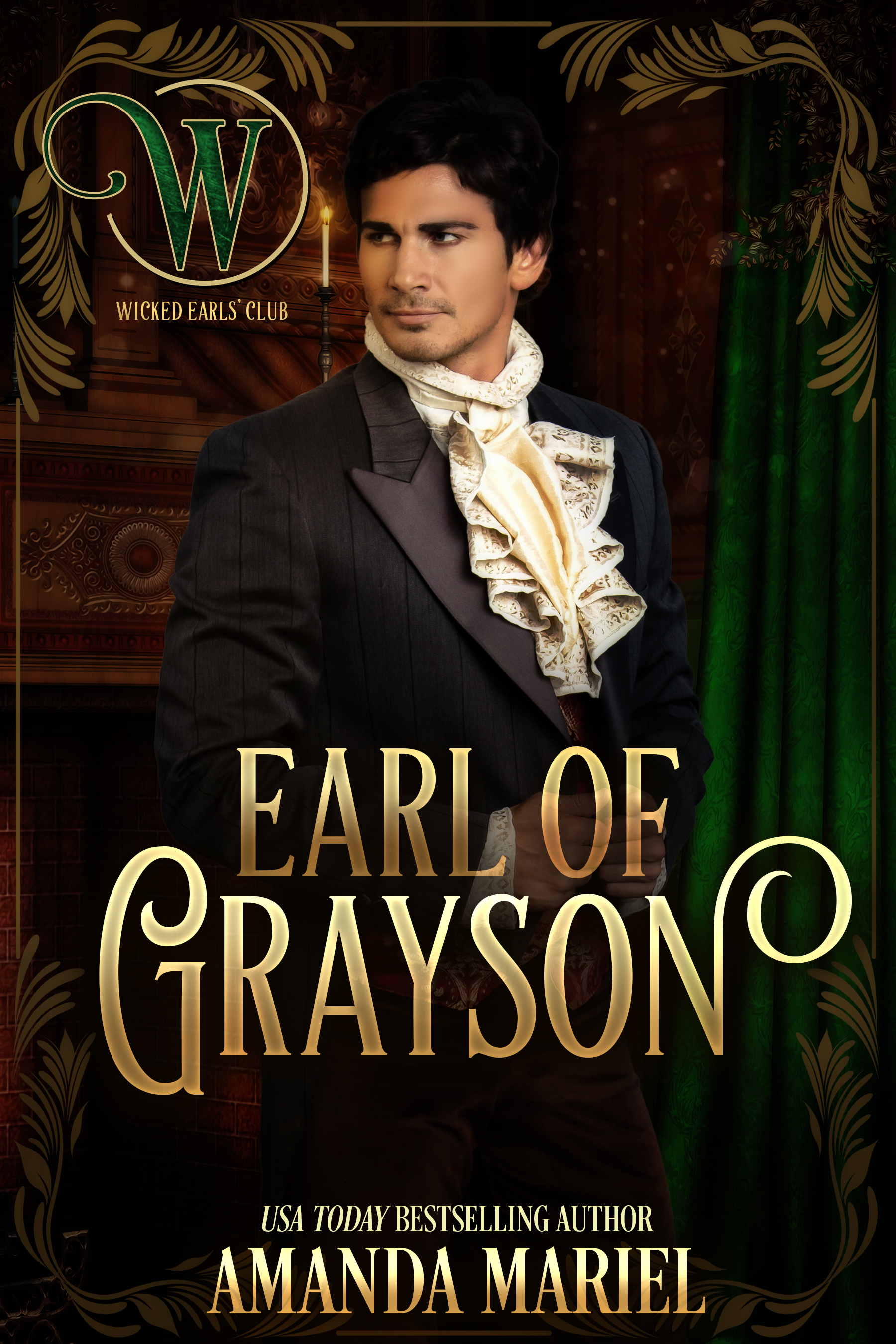 Damien Archer, Earl of Grayson and Lady Charlotte Lawson are opposite in every way. Where his coloring is dark, she has blond tresses and blue eyes. Charlotte’s alabaster skin tone is a stark contrast to Damien’s sun-kissed tan. He is tall at six feet three inches while she is short at barely over five feet tall. Furthermore, her cheerful disposition is in stark contrast to his brooding nature. But most bothersome of all is his tendency to flaunt society’s rules while she follows them without fail.

Damien desires nothing more than to spend his time carousing, drinking, and gambling while Charlotte spends hers at afternoon teas, balls, and musicals. She is a true lady and he a determined rake. When their paths cross they have every reason to turn in the opposite direction, and yet they cannot seem to avoid one another. Passions flare, putting them both at risk. They stand not only to lose their reputations, but more importantly, their hearts.


I am a USA Today Bestselling author of historical romance. My books have strong sales that maintain over time. I work hard to promote my books and interact with my fans.


Damien Archer, the Earl of Grayson, reclined on a leather armchair with a glass of brandy firmly in hand. The Wicked Earls’ Club bustled with patrons this afternoon, and Damien was pleased to be among them. During the years, the club had become a second home to him. He spent numerous hours within the safety of its walls gambling and partaking of women and booze. He did not want to imagine what life would be like without his club.

“I cannot believe another of us has willingly handed over his key.” Damien shook his head. It seemed that one earl after another had disappeared from within these walls over the last few months.

Benton, who sat opposite Damien, swirled the liquor in his tumbler. “Who do you suppose will be next?”

“So long as it’s not me, I don’t bloody care.” Davenport took a swig of his whiskey and stretched his legs out in front of him as he reclined in the chair across from Damien.

Far too many of their fellow earls had left the club as of late, Sussex, Westcliff, and Basingstoke among them. Each had become love-bitten and then chose to marry. The consequence being that they had to turn in their pins and keys and leave the club—forever.

Damien would never make such a choice. “I second, Davenport,” Damien said. “In fact, if I should ever be so stupid as to consider it, please take me out in the woods and shoot me at once.”

Benton’s eyes rounded for a moment before he began to chuckle. “You would not want us to carry out that wish if you actually fell in love.”

“The hell I wouldn’t!” Damien drained his tumbler, then signaled for a refill.

“What do you know of love?” Davenport appraised Benton.

“Only that it makes a man lose all sense.” Benton glanced at the large floor-to-ceiling window.