Dust to Dust by Greg Alldredge 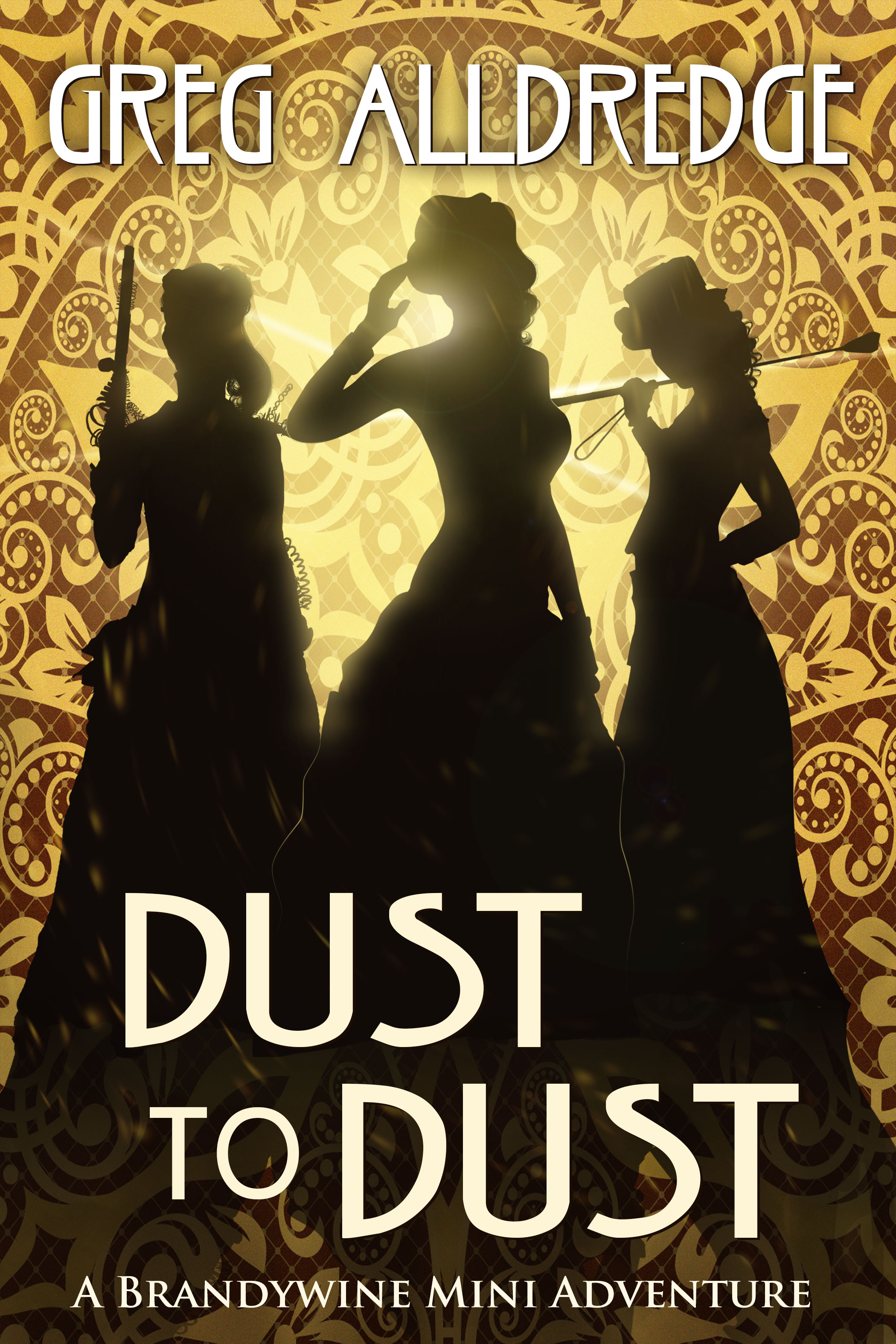 Set in the Helena Brandywine universe, this story is the second Slaughter Sisters adventure.

What’s a girl to do?

Chastity’s sisters left her home alone for a week, what would any red-blooded American tinker do? Why invent of course.

Too bad the nosy matchmaker Mrs. Katz brought along a prospective husband and mystery for Chastity to sink her teeth into.

Who could be tormenting a local Synagogue? How is the death of the previous Rabbi involved, what is with the half-man half-pig creature lurking about?

In Dust to Dust It is up to Chastity Slaughter to find out while her sisters are away.


The series has been doing well in the steampunk cat. Released as a Hot new release and has been bouncing in and out of the top 100. I keep releasing other titles in this and a companion series.


Chastity Slaughter took a step back and admired her creation. All brass, the machine resembled a huge cannon ready to take on the monsters of hell. In a sense, her invention was meant to fight hell on earth, or at least what she expected hell to be like.

She flicked her curly bangs out of her face. She’d tired of her hair getting in the way, so despite her sisters’ chagrin, she chopped it all off. She continued to play with it as she pondered the reasons behind her invention.

A recent riverboat fire on the Hudson had left untold people dead and missing. Once the fire started aboard the ferry, there was little the captain could do but run the flat-bottom riverboat aground and let the crew fight the fire alone. Once the flames reached the boilers, one or more of them exploded, sending the ship and many of the passengers to a watery grave.

In this day and age, men and women should not have to rely on outdated inventions to save lives. From high-rise fires, to fires on the water, there were too many places the firefighters could not reach. To think a fire could not be better combated while burning in the water was insane.

By trade, Chastity was in the family business of monster hunting, just like the rest of her sisters and her family of past generations. She created inventions to help her family but what she dreamed of most was having her inventions in Scientific American Magazine. All the important inventions would make that magazine one day.

Her younger brother had run off to join the circus. Or became a reporter, if people preferred to call him that. To Chastity, it might as well have been a circus from what she read of the news. She considered what was printed on most days not fit to wrap fish in.