Don't Stop Me: The McCabe Brothers, Book 1 by Lorhainne Eckhart

The only woman he has ever loved has sworn to hate him forever. 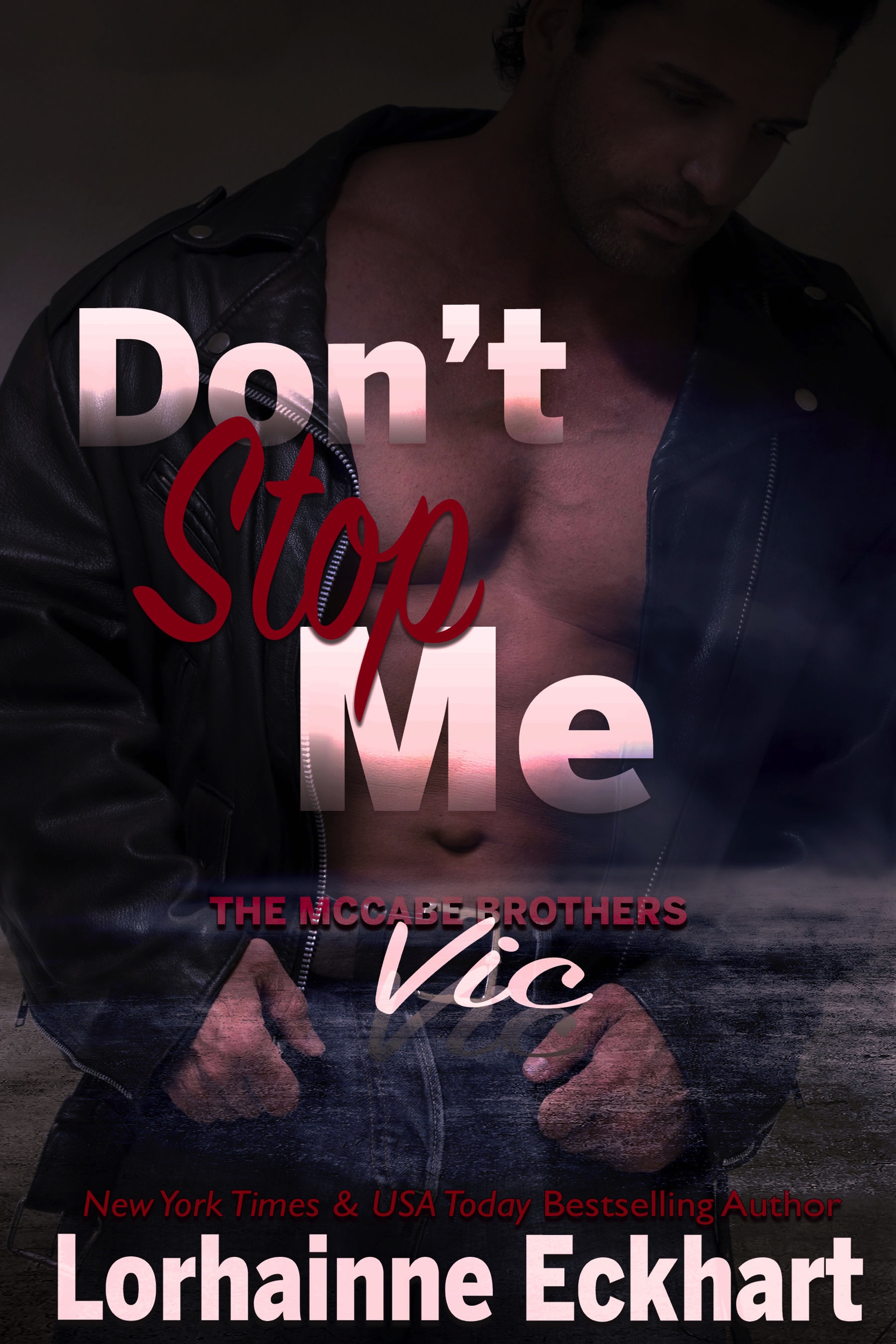 Fifteen years ago, Vic McCabe was headed down a one-way road to destruction with the love of his life. But then the unthinkable happened, a mistake that changed their lives forever.

Successful billionaire contractor Vic McCabe is a man every woman wants, but he gives his heart to no one. However, one day a reporter shows up, asking questions about a past he’s buried, a mistake he made fifteen years ago that could destroy his future and that of the woman he’s tried to forget.

After evidence surfaces, dredging up details of the night that changed his life forever, Vic is forced to seek out the only woman he’s ever loved—the woman who has sworn to hate him forever.


I am a NY Times & USA Today Bestselling Author, I have a social media platform -
Facebook 4900 Followers
Twitter 4200 /Instagram/Google +
Wattpad followers now exceed - 50,000
Newsletter subscribers now over 11,000
I consistently run ad campaigns and offer weekly sales on backlist titles, purchase ad spots on blogs and run a weekly giveaway campaign. Facebook/bookbub ads.
And have a PA who handles the majority of my social media posting.

I currently have 2 titles tranlated into German with Amazon Crossing, 1 in French - both have very strong sales. 3 titles currently being translated into Chinese. My english translations have sold over a million copies.

**Please note: All Translators must be part of an actual team which includes an editor and proofreader, do not use a proofreading program.  Also the translator/team will need to collaborate with me to market and promote for that region, including assisting with translation of language specific newsletter, social media promotion which will include using quotes/ quote pics and teasers from the book for promotion. The success of my books to date has everything to do with my strong marketing platform.


There were times memories would come out of nowhere and hold him still for a moment as if he were a hostage. If he were ever to tell anyone about his fears, about the events he still couldn’t believe he’d survived unscathed…well, he knew no one would believe him. He would never share his past, his secrets. They were his—his pain, his hurt, his mistakes. Vic McCabe didn’t share with anyone.

He took a moment, brushing back the thin gauze of the curtain and staring into the darkness, seeing only the glow of the street lights in the distance and hearing the rain, which had picked up in intensity. It was late, and every sane person was tucked in for the night, sleeping soundly, maybe dreaming of something that wouldn’t give him nightmares and have him sitting up in the dead of night, sweating. No, those people most likely had wives, kids down the hall, and maybe a cat and a dog, a minivan and a small compact. Their biggest worry was whether they could afford to take the kids to Disneyland or skiing in Tahoe for spring break.

It would be an easy life, simple, something Vic could never imagine living.

There was nothing about Vic that fit the mold of comfortable, simple, or easy. He wasn’t made that way. He’d been carved out of the gutter. He wasn’t a nice man, and he knew well he should have come with a warning label.

He heard a rustle behind him: the sheets, crisp white cotton, clean and fresh. They would need laundered again now.

“How long have you been awake?” she asked.

He didn’t turn around. He didn’t have to to picture her running her hands through her long dark hair, sweeping it back from her face. He could hear it, sense it.