Don't Come Around Here No More - A Tale Of Sardis County by T. M. Bilderback

Three teenagers discover an open doorway to Hell in an old man's basement. 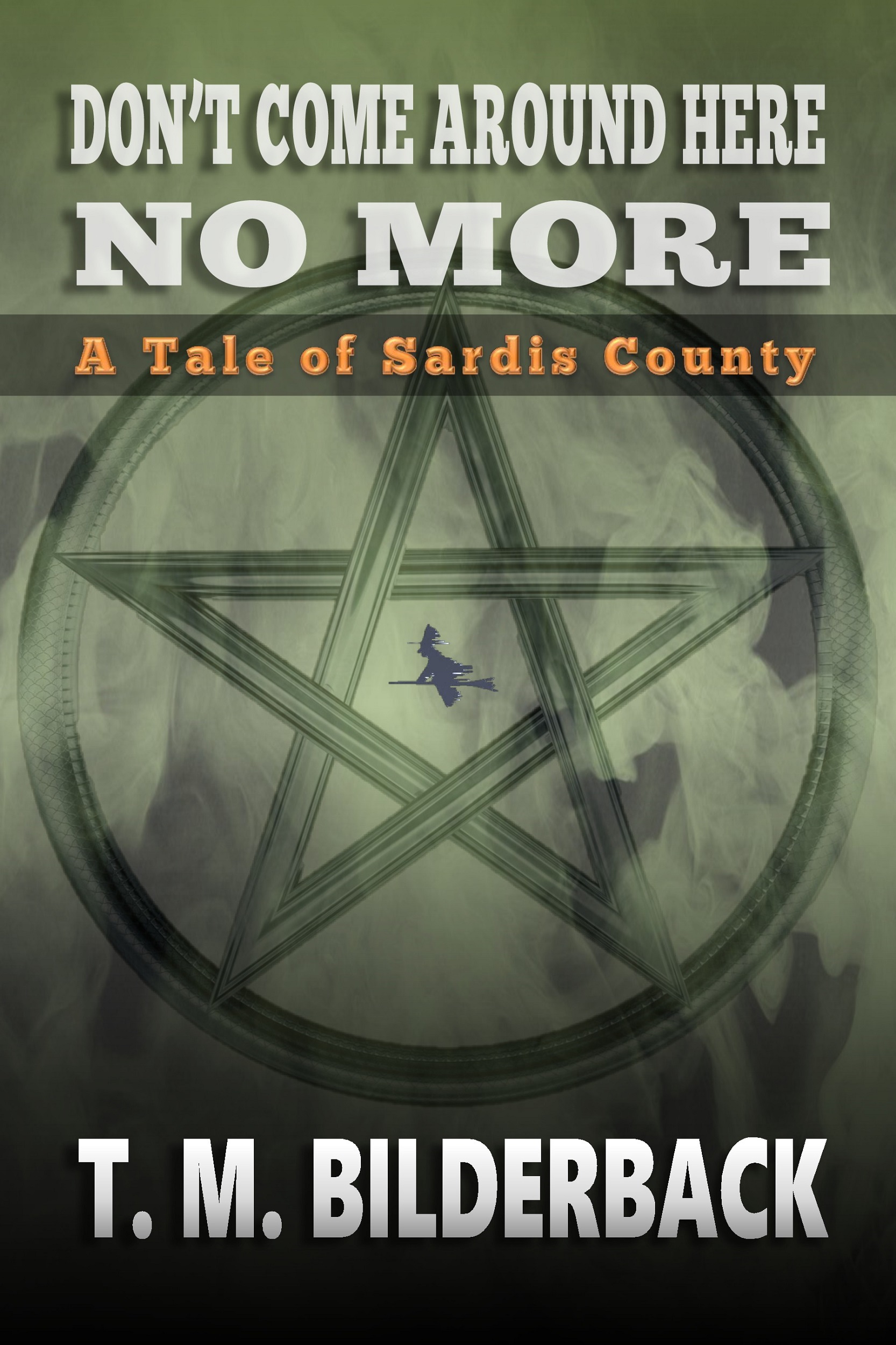 In this latest series from T. M. Bilderback, a new place is introduced: Sardis County.

But, there’s something different about Sardis County. Something based in real magic…and it’s located in an old man’s basement. Three high school seniors are about to confront something they never expected: An open doorway to Hell.

And Hell is coming to visit Sardis County. So, heed the warning, and read Don't Come Around Here No More.


This novella is the first in a new series I've created that features a place.  It has sold a few copies, but I think it would sell better when translated into other languages.


“I don’t give a rat’s ass what you’re lookin’ for!” shouted the skinny, grizzled old man.  “Don’t come around here no more!”

The old man was dressed in patched, faded jeans, a stained, white button-up shirt, and an old tattered black vest.  His hair was gray, long, and unkempt.  He hadn’t shaved in several days, and age spots gave him a dirty appearance.  Thick, round spectacles on his face gave his eyes an owlish look.  He stood on the sagging front porch of his deteriorating home, having just climbed from his faded rocking chair.  What little paint remained on the wooden siding was peeling, pieces of the porch roof were dangling, and the house was missing a shingle here and there.  Trees surrounded the house on both sides and the back of the four acre lot, giving the house the feeling of a tattered cabin in the backwoods, instead of a domicile on a southern city street.  The front of the house had a rickety wooden picket fence along the sidewalk, with an unlatched gate at the center.  The yard was as scraggly and unkempt as its owner.

The objects of the old man’s anger stood at the gate, not believing what the old man was saying to them.

The three high school seniors, Terry Patterson, Clay Bowman, and Joni Ragsdale, were a team, and had been given a social studies assignment as their final exam grade.  Each team of three seniors were given an address of someone in the small town’s city limits that appeared to need repair and upkeep, with the idea that those who are needy should be helped by those that are able.  The school would provide materials, the students would provide labor, and Mr. Hendrix’s observation would provide the addresses for each team of three.  There were eight teams, and each team had three months to complete the assignment, at absolutely no cost to the homeowner.