Diary of an Almost Cool Boy - Book 2 by Bill Campbell 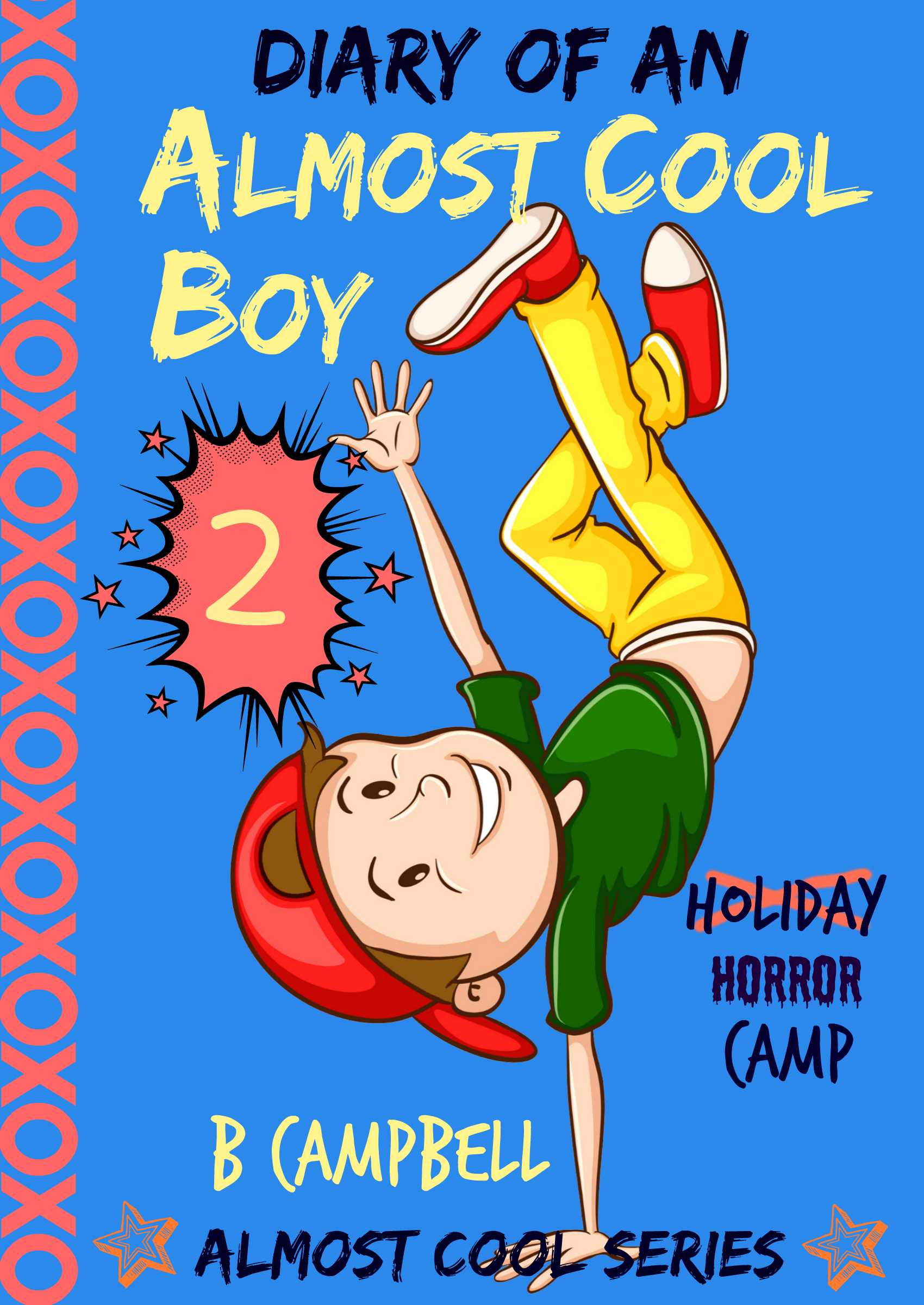 Funny Book for Kids:
Summer Camp is supposed to be fun...right? AJ is not so sure, especially when he arrives and sees his old enemy Cedric!
Luckily they aren't in the same cabin!
Unluckily, they have to compete against each other to win the Camp Competition.
Cedric starts playing "dirty" tricks on AJ's Cabin. Will AJ, Hawk and Mike get revenge? Who will come out as the final winner?

This is the second book in the Diary of an Almost Cool Boy series. It is perfect for boys and girls who like funny books.

After a week of several more territorial disputes between Jane and I, Mom has had it with both of us! Her threats included boarding school, grounding for the rest of our lives, the French Foreign Legion or in my case the worst of all...Summer Camp! So when Dad asked me to be the test pilot for his new electric bike, I jump at the opportunity to get outside.

Dad’s bike has lived up to the usual standard of his inventions...it looked dangerous. My fears are reinforced when he hands me a bigger than normal bike helmet. I also am handed a pair of big leather boots and a heavy leather jacket with a big metal zipper running up the middle of it. But the protective gear was way too big for me and super heavy, so I told Dad not to worry, everything would be okay.

I wondered what could go wrong…probably everything.

Thoughts of his previous inventions raced through my head, the steam-powered washing machine that nearly burnt down the laundry and of course the automatic dog walker that nearly turned our neighbours Great Dane into a Chihuahua.

The word had spread round the neighbourhood that another of Dad’s inventions was going to be unveiled. Most of the neighbourhood kids gathered on the footpath with a sprinkling of nervous looking adults. Sam Watt’s Mom even had her video camera, obviously hoping to catch a clip for one those TV shows, World’s Greatest Disasters or Seconds From Death.

Surprisingly no one had called for an ambulance, yet, but the kids do like to see them come roaring down the street with lights and sirens blazing. So they’re probably waiting for the crash to happen to achieve that more dramatic arrival.