Lords of the Night #1

He accepts her but doesn’t love her. She loves him but cannot accept what he truly is. A marriage of convenience that’s anything but. 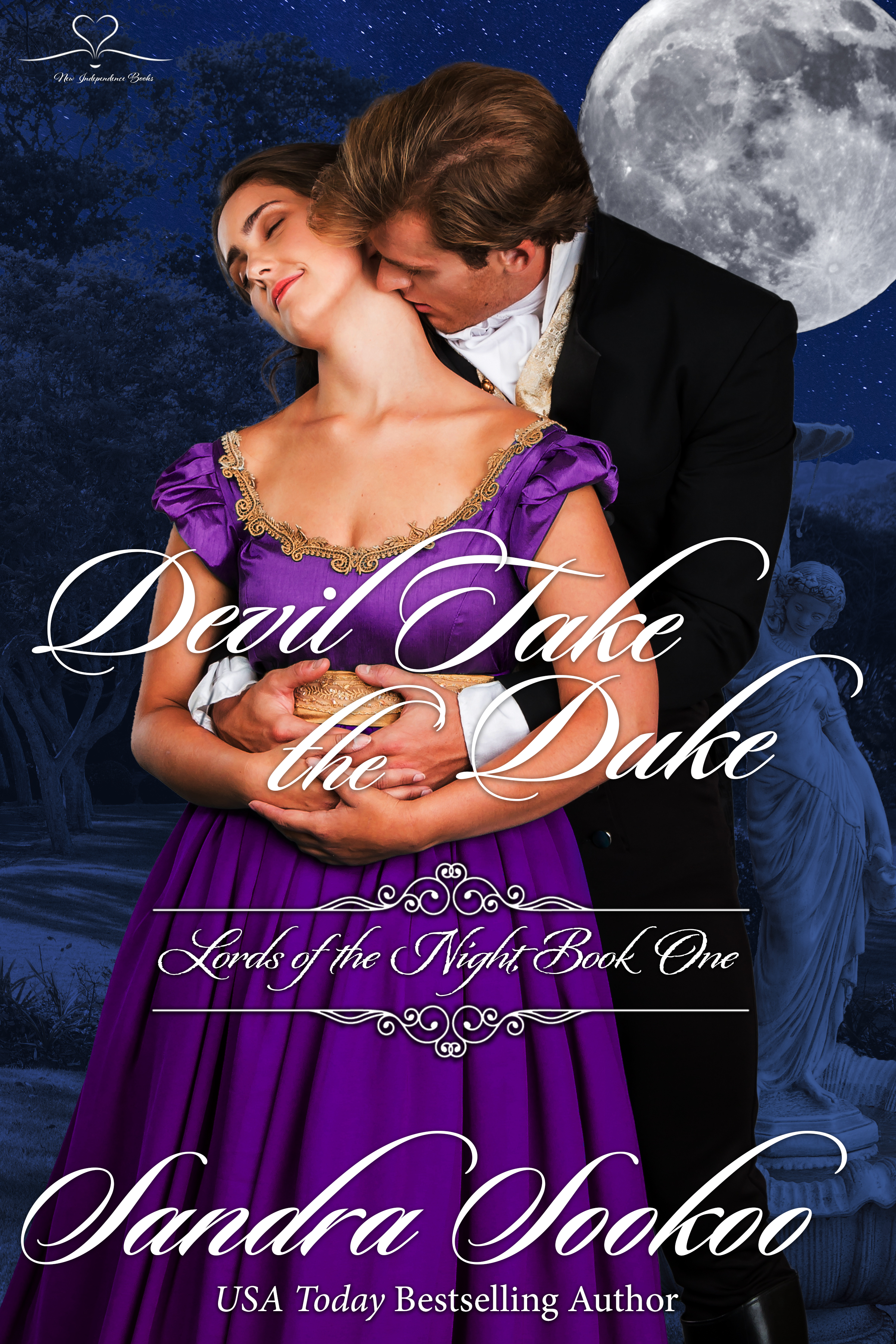 He accepts her but doesn’t love her... Donovan James Arthur Sinclair, 8th duke of Manchester, is cursed to roam the Earth as a wolf-shifter. He doesn’t mind the beast most days, for the life of a duke is quite splendid, but it is trying if he’s honest with himself. When he saves a country miss from an out-of-control carriage in a rural village, it occurs to him that he might be wrong.

She loves him but cannot accept what he truly is... Miss Alice Morrowe, is blind and firmly on the shelf, unloved and unwanted by nearly everyone she’s ever met. While she’s happy with her life, she wants acceptance for who she is. When she is thrown to the ground in a tangle of limbs by a very naked man amidst a thunder of hooves, she cannot help but wonder if her life is about to change.

A marriage of convenience that’s anything but... In her, Donovan sees a way to break his curse if he can seduce her into love. In him, Alice finds solace and the thrill of romance. She’s only too happy to wed him and grasp a life she’s always wanted, but is her love what he needs to banish the beast within? Emotions run high when things don’t turn out the way they’ve each planned. Only discovering truth and genuine love can bring clarity, hope… and happily ever after.


This book was re-issued this month and is currently doing fantastic in sales.


“I beg your pardon?” His pulse pounded hard in his temples. Surely this odd woman didn’t suspect his true nature.

“Your scent, it’s wild. Primal.” She wrenched off her gloves of worn ivory kid and dropped them to the ground next to her. “May I?” She reached for him. “It’s but one of the ways I can see you.”

“I… You have my leave.” The intrigue deepened, and since he was currently perplexed by her, as well as her lack of taking responsibility for her part in the debacle, he nodded, and then berated himself. If she’d been truthful regarding her blindness, she couldn’t see the gesture.

“The way you speak tells me you must be someone of some importance.” The woman glanced her fingertips along the planes of his face, his cheekbones, his forehead. Her touch was gentle as she traced his eyebrows, the slope of his nose, the cut of his jaw, his chin.

Awareness rippled over his skin the longer she stayed connected to him. “I’d like to think so,” he managed to say, albeit in a whisper. Such closeness, or rather intimacy, demanded matching vocal tones.

“Men always do.” She chuckled. The throaty sound skated over him and gathered in his groin, tightening his length. “It is a dangerous way to think.” Then she smoothed her palms down the sides of his neck, over his shoulders and sucked in a breath. “You’re naked.”

“Why are you without clothes?” She scooted closer to him. Their legs touched, her skirts bunched around her knees. Her shawl had slipped revealing a mere hint of the tops of creamy breasts, and still she explored.

“You wouldn’t believe me if I told you.”

Collection/Series:
Lords of the Night