Delighted by the Duke by Amanda Mariel

The last thing she expected was to find herself with the Duke of Radcliffe, Aaron St. John, and his ten year old daughter, Lady Sophia. 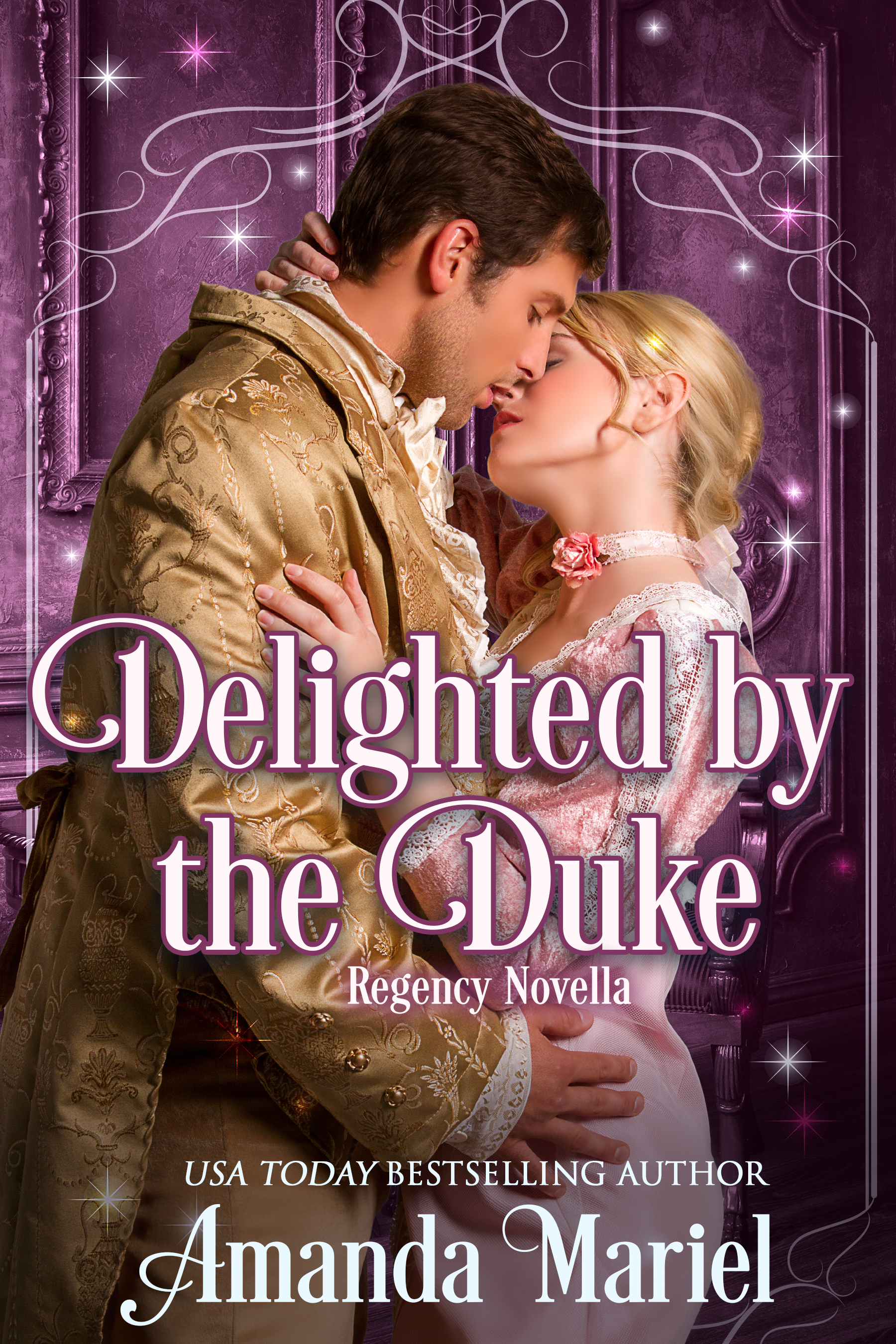 Miss Emma Baxter stowed away in a carriage in order to escape her uncle and the baron he's bent on forcing her to marry. The last thing she expected was to find herself with the Duke of Radcliffe, Aaron St. John, and his ten year old daughter, Lady Sophia. Now she faces an entirely different danger.


Delighted by the Duke is book four in my bestselling Fabled Love series. It is set to release in English on December 19th. Preorders have been strong as are sales on te three previous books in the series.


Miss Emma Baxter paused outside of her uncle’s office unable to ignore the raised voices coming from within.

“You will settle your debt or face debtor’s prison.” A raspy male voice shouted.

“Surely I have something other than coin that you would be willing to accept,” Her uncle, Mr. Silas Powell, suggested.

Emma crept closer and peeked through the crack of the partially open door. The hairs on the back of her neck prickled. Lord Winham stood near her uncle’s desk, a tumbler of amber liquid in his beefy hand.

“You should refrain from gambling if you haven’t the blunt to settle your losses, Baxter.”

She should have guessed as much. Uncle Silas had gambled away nearly everything they had, save for the house and a few baubles her aunt had entrusted to her before she passed away. Those too, would no doubt have been lost as well if Uncle Silas knew she possessed them. He’d claimed to have stayed away from the gaming hells these past months. All the same, she wasn’t the least bit surprised to hear he was in trouble again.

After all, it was only a matter of time where Uncle Silas was concerned. He always fell back into the trap. The habit had caused a continuous heartache for her aunt while she lived, and likely caused her death. Poor thing, she had loved him deeply despite his failings and as a result fretted more than was good for any one person.