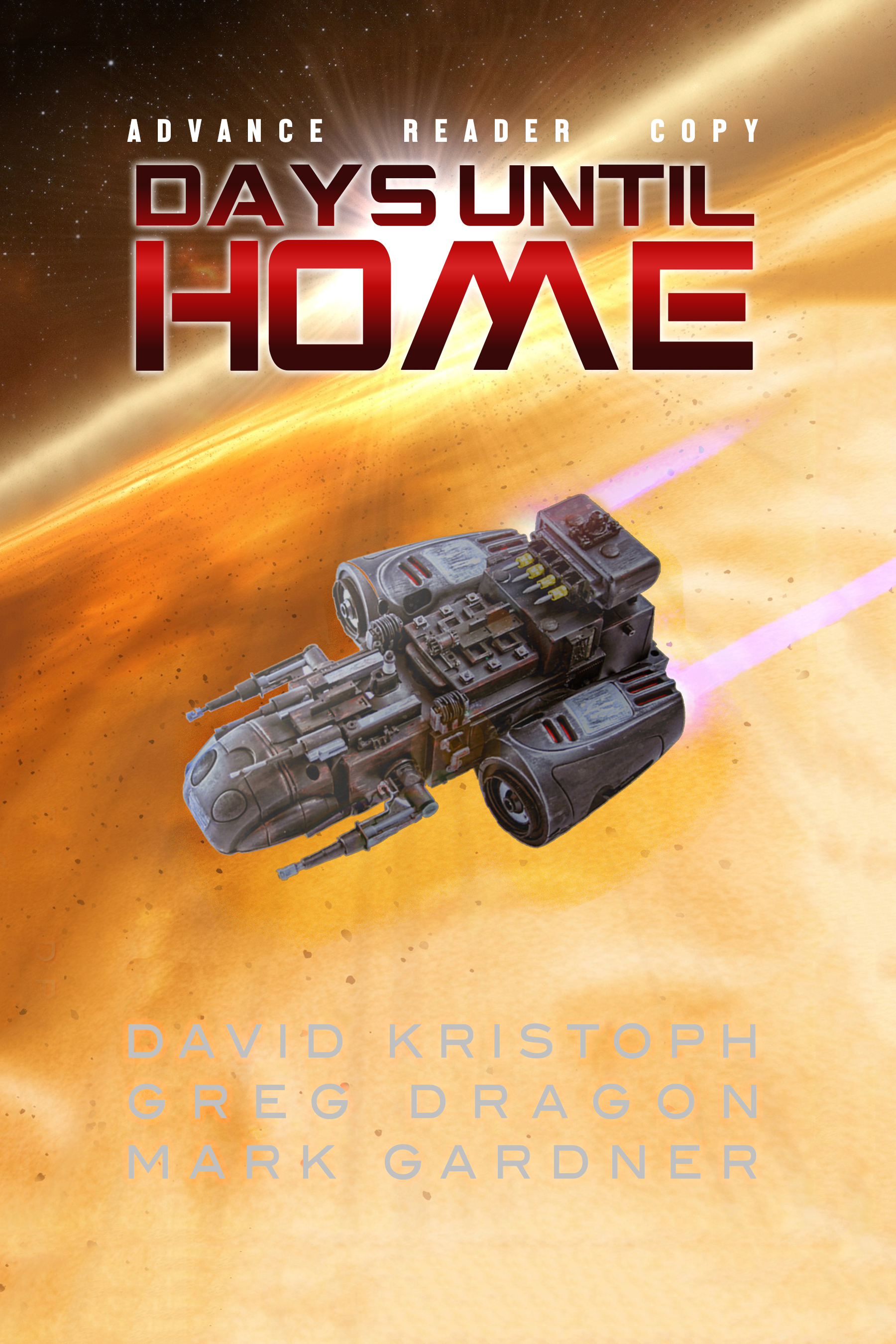 On a routine mining mission to the asteroid belt, the crew of the Kerwood is mired in their personal concerns: finishing quickly, getting home, earning a fair share of the profits. Until the ship experiences catastrophic failure on the return journey.

Now they must put aside their petty worries if they're to have any hope of getting home alive. Will the crew find a way to set a course for Earth with their payload--or will they discover the disaster was orchestrated by someone who doesn't want them to return home at all?


The book isn't out yet! We're planning on simultaneous English hardcover, paperback, e-book & audiobook in August 2017.


Viktor Sharapov took one careful step after another, holding the plastic composite crate at arm’s length as he made his way across the asteroid’s pock-marked surface, the too-near horizon a jagged line of obsidian against the deeper black of endless nothing. The contents of the crate—mostly yttrium, scandium, and a few other lanthanides—were worth more than Viktor could make in a thousand lifetimes, so he held it with a reverence somewhere between a newborn child and a bomb.

Viktor sighed, fogging the glass faceplate of his suit and obscuring the barren landscape. He had to watch where he walked, ensuring good purchase on each step—no easy feat while carrying the crate. Most of the asteroid was made of nickel-iron ore and carbon, but occasional pools of frozen hydrocarbons marred the surface, traps waiting to trip and send fragile humans falling. It would have been easier to disable his magnetic boots and leap into the air, traveling in a long arc toward the Kerwood. The microgravity of Egeria-13, the potato-shaped asteroid they’d called home for the past two weeks, made such a feat possible.

But the microgravity meant he was just as likely to reach escape velocity as land back on the asteroid. Drifting through the black for the rest of his life—about four more hours, based on his suit oxygen level—was not an enticing prospect.

Still, Viktor daydreamed of leaping back to the ship in one momentous bound.

Another sigh covered his faceplate with moisture, forcing him to stop and wait for it to disperse. Micro-fractures in the seam along the glass, just enough to be annoying. Slagging credit-pinchers, he silently cursed. He’d been requesting new suits for himself and his miners for the past three contracts. Every time, the supply manager patiently nodded, feigned concern and assured Viktor they would do what they could. And every time, the request was denied.