A sharp detective, a single mom, and her trouble-making daughter team up to solve one of the most twisted murder cases in history. 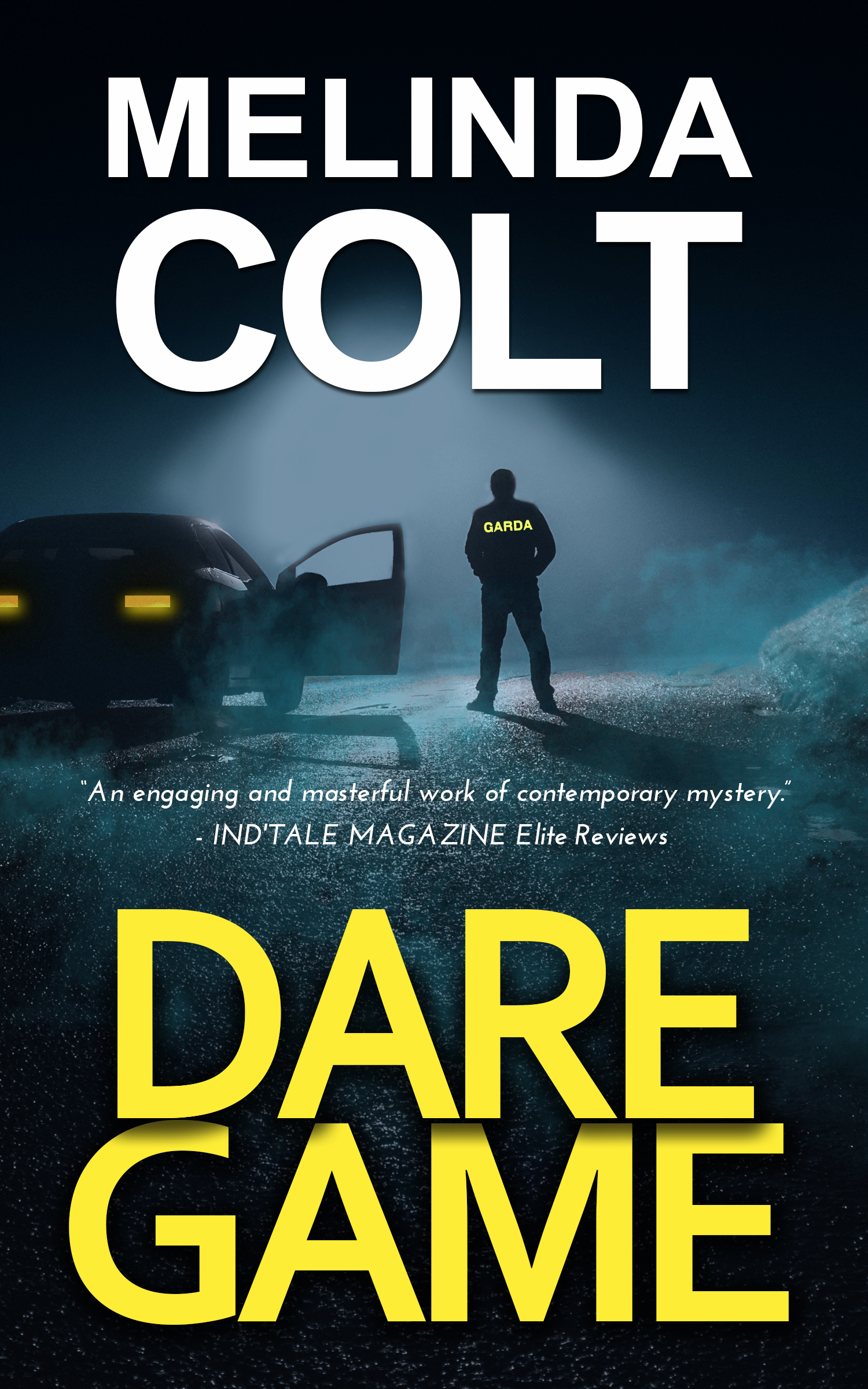 One dead body, one ace of spades. Is the card an oversight, or is it a trademark?

Detective John O’Sullivan needs to find out if the murder was a one-off, or if the killer plans to work his way through a whole deck of cards. The plot thickens as his team from An Garda Síochána discovers more unsolved murders with the same modus operandi—all over the world.
Amber Reed stumbles into the middle of this mess after learning her teenage daughter is a key-player in the Dublin murder case. Determined to do the right thing, the two offer to help John, even though that puts their own lives in danger.
Pressed by time and duty, John has to protect them and crack the case before more bodies pile up on his watch.

Each book from The Irish Garda Squad series can be read as a stand-alone novel and does not contain cliffhangers.

“Dare Game is an engaging and masterful work of contemporary mystery with a dash of romance that will keep readers enthralled from start to finish.” – Crowned Heart Review from IND’TALE MAGAZINE Elite Reviews

⭐⭐⭐⭐⭐ “J.D. Robb meets Tana French in this gripping series of crime thrillers!”
⭐⭐⭐⭐⭐ “Fans of Allison Brennan and Lisa Gardner would love these action-packed mysteries.”
⭐⭐⭐⭐⭐ “If someone can deliver suspense, thrills, and a twist of romance in a unique experience, it’s Melinda Colt.”


There were shades to murder only a seasoned cop would catch—a skill not easily learned, and impossible for the faint of heart to deal with.

Detective Inspector John O’Sullivan examined the crime scene with dispassionate eyes. During the twenty years he’d been working his way up the command ladder of An Garda Síochána, Ireland’s police force, he’d disciplined himself to give that impression. Nothing could be farther from the truth. In John’s opinion, the moment you stopped caring you should surrender your badge.

“The victim is Maureen McKenna, age forty-eight. She was a doctor.”

The young Garda who’d first responded to the crime looked quite green, literally and figuratively. It was probably the first murder this young police officer was attending up close. For some cops, looking down at dead bodies didn’t become any easier with time.

“Her husband found her when he arrived home from work,” the rookie guard continued his report. “He called the ambulance first, and they contacted us. They claimed the man was incoherent and in shock, but he did manage to tell them his wife had been shot.”

“Bloody hell,” John cursed. It was never easy when family found the victim. “Did he touch the body? Where is he now?”

“He’s outside in the ambulance. The poor fella was downright banjaxed, sir. They’ve sedated him. He admitted to touching her face, taking her hand... Her blood’s all over him, so he probably pulled her into his arms. As I said, he’s in shock and doesn’t remember the sequence of events too clearly.”